Community Posts with Keyword Sakura All 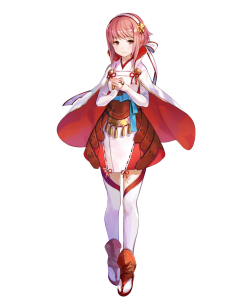 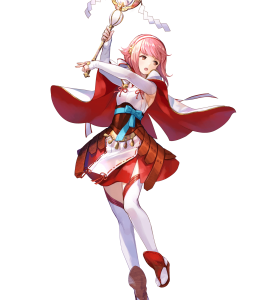 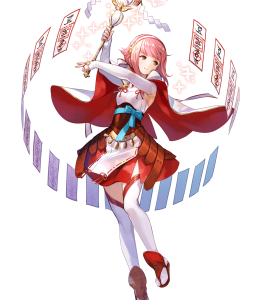 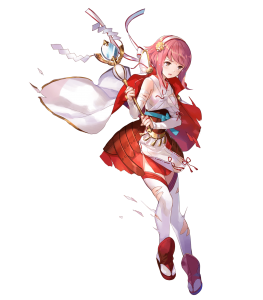 This build aims to capitalize on Sakura’s exceptional versatility as an offensive support unit -- a direct result of her overtly balanced statline -- and allows her to debilitate opposing teams with ease while simultaneously being able to provide healing support. A Speed Asset will generally be her preferred choice of IVs to augment both her overall damage output and survivability, but an Attack Asset can also be taken to strengthen the power of her individual hits as well as increase the amount of damage she can heal.

For her weapon, the Pain staff is a fantastic option that enables Sakura to deal significant amounts of chip damage to multiple foes at once -- when utilized in tandem with Savage Blow in both her C and seal slot, Sakura will be capable of inflicting up to 24 points of chip damage to her opponent as well as any additional surrounding foes, greatly diminishing their health. In exchange for losing out on ten points of chip damage, the Gravity staff can also be considered to cripple the opposing team’s mobility instead. The refine taken on Sakura’s weapon should ultimately correlate with the availability of either Dazzling or Wrathful Staff for her chosen B slot skill -- if making use of Dazzling Staff as her B slot skill, take a Wrathful Staff-refine and vice versa.

Sakura’s native Physic+ is an excellent choice for her healing skill, granting her additional range to aid in her supportive capabilities. Recover+ can also be considered for its much more potent and reliable healing potential, but comes at the cost of losing out on the extended range that Physic+ provides. For her Special, Windfire Balm+ is an exceedingly potent option and grants all of her allies with an impressive +6/+6 Atk/Spd buff upon activation. However, should one be making use of allies who already carry Attack- or Speed-buffing skills such as Hone Atk, Windfire Balm+ can be redundant, Heavenly Light is a good alternative option to provide all of her allies with a teamwide heal. On a budget, her native Still-Water Balm can be used but depending on the rest of her team composition, the Resistance buff it provides may be effectively useless.

Atk/Spd Solo is Sakura’s ideal choice for an A slot as it offers her an impressive +6/+6 boost to both of her offensive stats, only requiring her to have no adjacent allies in order to have its powerful effect active. Atk/Spd Push is another notable option that grants Sakura a similar boost to her offensive potential, but requires to be utilized in combination with the Live to Serve seal as the skill's powerful effect is only active when she is at 100% HP. Should they be unavailable, Speed +3 and Attack +3 are suitable budget alternatives that can be taken to strengthen one of her offensive stats.

Petals in the Wind (Full Support)

In contrast to the first set, this build aims to make Sakura take a far more support-inclined role, focusing on her ability to act as both a competent debuffer and healer concurrently. A Speed Asset is ideal to enhance her survivability by lessening her chances of being doubled, although a Resistance Asset can also be a suitable choice of IVs to strengthen her probability of activating her Ploys against opposing foes.

Sakura’s choice of weapon for this build is largely up to personal preference and can be interchangeable depending on what best suits her teammates’ needs. The Gravity and Pain staves are fantastic choices once again, allowing her to cripple her foes’ mobility and health respectively. Albeit more costly in terms of resources than the aforementioned options, Witchy Wand+ can be extremely potent under the proper circumstances and enables Sakura to effectively control the course of the battle by negating her opponent's’ Special activations. Regardless of her chosen weapon, however, it is recommended to take a Dazzling Staff-refine to let Sakura safely apply her staff’s effect without worry of being killed on retaliation by a foe.

Moving on to her choice of healing skill, Recover+ as well as her native Physic+ are both suitable options once more, but similar to her weapon, the choice between which to use is ultimately up to personal preference. Windfire Balm+, Heavenly Light, and on a budget, her native Still-Water Balm are all exceptional Specials to utilize to bolster Sakura’s supportive capabilities, all of which provide strong team-supportive effects upon activation.

As for her A slot skill, Spd Res 2 is a strong candidate that simultaneously improves her survivability and ability to use Ploys, though Attack/Res 2 is also an excellent option to increase the amount of damage she can heal. Alternatively, one can take Fortress Def/Res to dramatically strengthen her bulk as well as her Ploying capabilities, though it does detract from her healing slightly with its additional effect of -2 Attack. If none of the aforementioned are available, then Speed +3, Attack +3, and Resistance +3 are all solid budgetary replacements.

Since this build revolves more on Sakura’s supportive capabilities, she can forego the need to run Wrathful Staff altogether, freeing up her B slot to other, powerful alternatives. One particular standout is Wings of Mercy, a spectacular support skill that allows Sakura to warp next to weakened allies who can then benefit from her healing abilities. Live to Serve can also be considered to prolong Sakura’s stay on any given map by letting her effectively heal herself of any potential damage inflicted upon her.

Sakura’s base Resistance of 30 allows her to be a pretty reliable user of Ploys, which she can use in both her C and seal slot to provide further team support. Although a combination of Atk and Spd Ploy will generally provide the most debilitating and versatile, depending on her team composition, Def or Res Ploy may be preferred, rendering the decision of which combination of Ploys to use a matter of personal preference as well.

The shyest and youngest of the Hoshidan siblings, Sakura meekly makes her way into the fray as an infantry healer. By merit of being a healer alone, she possesses distinct advantages over much of the cast, most notable of which being her supportive capabilities as well as her access to the coveted Dazzling + Wrathful Staff combination. Statwise, she is most aptly described as a jack-of-all-trades, toting workable Speed and Resistance stats, a somewhat low Attack stat, and surprisingly decent physical bulk (for a healer) -- to put it simply, in terms of stats, she’s fairly balanced. As a result, she’s one of the more versatile healers currently available in the 3-4* pool as her statline allows her to run a variety of different builds quite effectively.

However, her balanced stat spread ultimately acts as a double-edged sword -- although it does allow her to be rather versatile, it does limit her ability to specialize as much as other, more offensively or defensively oriented staff users. Furthermore, her middling Attack stat, while not outright terrible given her status as a healer, also limits her offensive potential as well as the amount of damage she can heal. Nonetheless, despite these weaknesses, Sakura’s effectiveness cannot be understated, proving to be a great asset to any number of teams with her potent healing and support capabilities.

Like all other healers, Sakura has access to the coveted Dazzling + Wrathful Staff combination, which lets her safely attack opponents without fear of being killed on retaliation and apply her weapon’s effect while also circumventing the damage penalty applied to staff units.

Thanks to Sakura’s good base Resistance stat, she can reliably use Ploys to enhance her allies’ overall performance and further solidify her supportive capabilities.

As a result of Sakura’s overall balanced statline, she can run any number of builds quite efficiently, allowing her to easily fit into a variety of team compositions with ease. This is only further emphasized by her access to a wide assortment of different support weapons, enabling her role to fluctuate depending on what is needed of her and the weapon she is wielding.

Sitting at a neutral base value of 28, Sakura’s base Attack stat is lacking, hindering both her offensive and supportive capabilities.

Sakura can struggle to find a niche for herself in comparison to some of her competition, as other healers can easily outperform her thanks to their far more optimized statlines and in some instances, superior mobility. 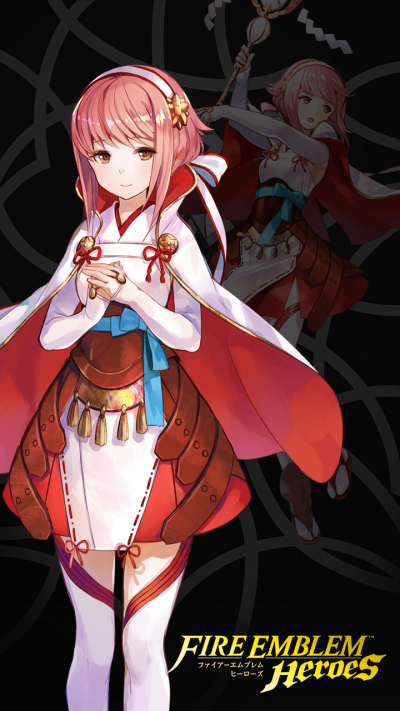