Community Posts with Keyword Selkie All 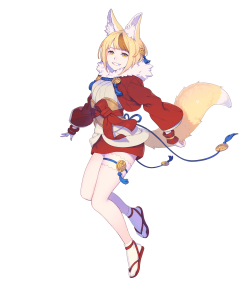 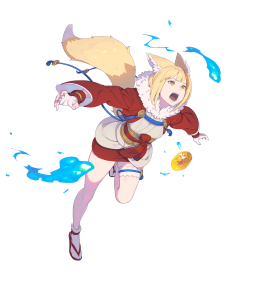 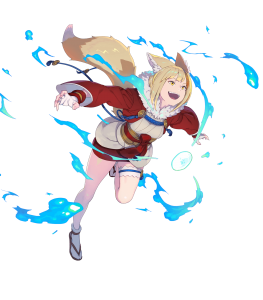 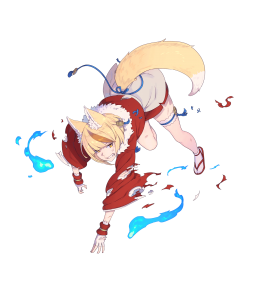 B Passive: A/D Near Trace / Hit and Run

I Couldn’t Think of Another Title (Player Phase)

Foxkit Fang’s refine is quite an upgrade from its initial form that granted +8 to every stat if Selkie had at least 16 or more Res over the foe. Now, Selkie can get Spectrum 16 if she meets each of the following conditions:

Selkie also gains additional effects based on how much more Res she has over the foe and [3]:

Both effects combined essentially makeup Flow Guard, which, combined with her innate Beast effect of inflicting -4 Atk/Def and negating follow-up attacks on the foe if she initiates combat, makes her much more threatening offensively. That, combined with the Atk penalty on the foe, can also allow her to take a hit if necessary. Moreover, because she can bypass effects that stop her own follow-ups, she can run skills such as Windsweep to outright prevent counterattacks from Melee foes, and given that her Res is high, she won’t have to worry about Dragons denting her all too much.

Being a Cavalry unit has its fair share of benefits. It mainly stems from her ability to move three tiles as her range can allow her to run a fairly decent Galeforce & Hit and Run set. As long as she can meet a Heavy Blade check, and if the foe can counter as well as if there are no Guard effects present, she’ll be able to trigger Galeforce on her second hit, attack a second time while not extending as much movement, and then run away with a good amount of movement leftover.

While Selkie gains a lot of stats from her PRF, she still ends up lacking in the HP department, which can be detrimental if she has to take a hit from a foe that targets her Def stat. Thankfully, she can run Windsweep, but that means she can’t Hit and Run, so there’s a bit of an opportunity cost no matter what you run on her.