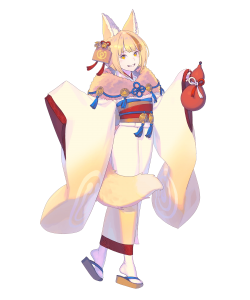 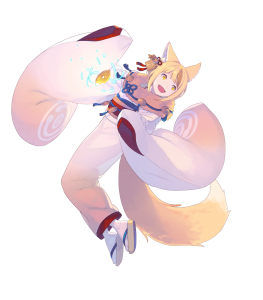 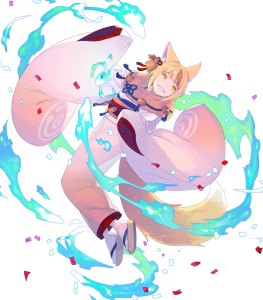 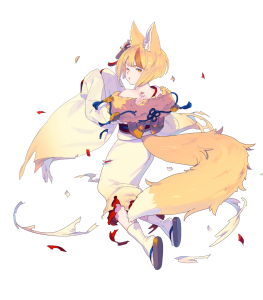 Into the Moonless Dawn (Defensive Tank)

This build places a defensive focus on New Year Selkie’s intended playstyle and aims to maximize her performance in the Enemy Phase, particularly for use in Aether Raids Offense. A +ATK IV is always a reliable choice to enhance her damage output (with this being particularly standout when equipped with a healing Special), though a +RES IV is also remarkable for the four-point boost it provides and immense synergy with New Foxkit Fang. A +SPD IV may also be considered here to grant her an additional depth of survivability beyond her damage reduction and more easily ward off incoming follow-up attacks.

New Year Selkie can also perform exceptionally well when geared towards in the Player Phase, as this is where her extended mobility and the unique buffs she gains upon transformation truly shine. An offensive IV set (i.e. +ATK or +SPD) is ideal to maximize her overall damage output but given how she will still be dependent on her PRF for much of her functionality (specifically its potential raw damage boost), a +RES IV may be used here as well.

In addition to a built-in Slaying effect (which is always useful for frequent Special activations), New Foxkit Fang simultaneously grants her a massive damage boost and reduces damage incurred based on the difference between her and her opponent’s Resistance. This is undoubtedly her single most defining feature as it builds upon her offensive strengths quite nicely while helping alleviate the impact of her poor physical bulk.

New Year Selkie’s Speed and Resistance stats are both exceptionally high (with the latter even being a four-point Asset), making her adept at taking on magical damage and both performing and denying follow-up attacks. This combination of traits alongside the power of her exclusive weapon render her extremely effective at taking down even the fiercest of magical threats.

Boasting the privilege of being one of the few colorless melee units in the game, New Year Selkie enjoys the benefits of neutral match-ups across the board (with the rare exception of units wielding a Raven effect), grants her great deal overall applicability -- moreso than many of her direct comparables.

In addition to access to class-exclusive buffs, New Year Selkie’s status as a beast unit gives her the unique ability to transform. Upon transformation, this allows her to gain a solid +2 Attack but moreover, inflict a considerable -4/-4 Atk/Def in-combat debuff and deny her opponent’s follow-up attack upon initiation; this lets her establish a strong Player Phase preference.

As a cavalry unit, she has access to even more class-exclusive buffs and several distinct advantages, most notable of which being fantastic mobility.

New Year Selkie’s versatility cannot be understated. With an excellent exclusive weapon and wide array of complementary strengths at her disposal, she can run an assortment of different builds to good effect and fit well into various team compositions.

Being a cavalry unit comes attached to numerous drawbacks and is essentially a double-edged sword. Aside from making her quite susceptible to any source of cavalry-effective damage (the likes of which has become increasingly more common) and unable to traverse certain terrain, this also locks her out of using several powerful skills like Null Follow-Up and Null C-Disrupt.

As a seasonal unit, one will typically face immense difficulty in acquiring optimal IVs and merges for New Year Selkie, making it difficult to recommend investing too heavily into her over more readily available alternatives.