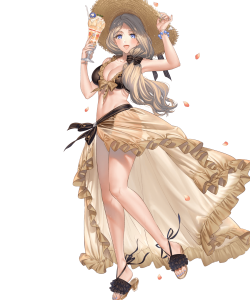 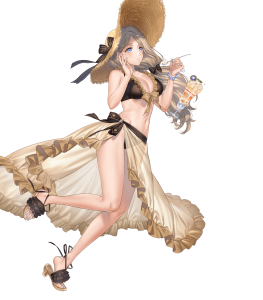 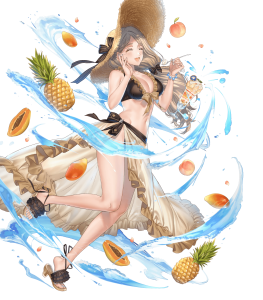 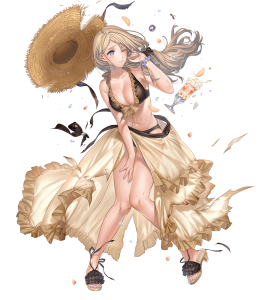 I’m not a healer now, so… (Player Phase)

Good Resistance is incredibly valuable due to how mage centric the metagame is, and Summer Mercedes’s fantastic base 38 Resistance is more than high enough to take on hard hitting mages, especially with other Resistance boosting skills like Atk/Res Unity. Mercedes’s high base 39 Attack means that she won’t have any trouble dishing pain out, either.

Summer Mercedes is a minnow in a sea of sharks. Compared to units like Lysithea, Fallen Julia, Summer Byleth, and even some lower tier options like Knoll and Veld, Summer Mercedes lacks skill access, a particularly outstanding statline, or an exclusive weapon that could’ve salvaged her. She’s still better than Leo though.

While low Defense on it’s own wouldn’t be a deal-breaker, it certainly is when coupled with her terrible base Speed of 25, meaning almost anything with even average Speed will effortlessly get follow-up attacks against her, which makes tanking mages much more difficult without Guard(as they’ll have easier access to their specials), and ensures that almost every unit capable of dealing physical damage will KO her in a single round of combat unless she runs a gimmicky defense stacking build.