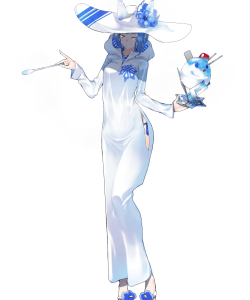 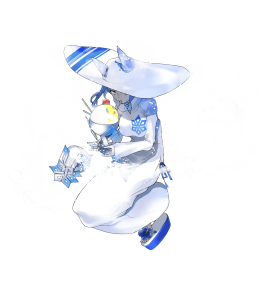 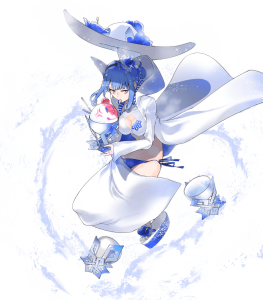 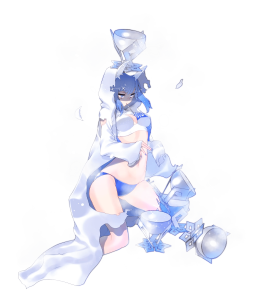 Chilled Breath is a great weapon with several useful effects. It accelerates Special trigger, allowing Nifl to activate Specials more quickly, and provides the standard Breath effect of targeting the lower of ranged foes’ Def or Res. It also provides a stat boost of Atk/Spd +6 and the Null Follow-Up effect when Nifl initiates combat or is within two spaces of an ally, and prevents counterattacks if her Spd is 5 or more above her foe’s. These effects combine to allow Nifl to deal good damage to many foes while avoiding taking damage herself.

Summer Nifl shares original Nifl’s C skill, Domain of Ice, which provides a Joint Drive effect of 30% damage reduction in combat and Spd/Res +4 to Nifl’s allies within 2 spaces, and to herself if there are any allies within 2 spaces. This is a great effect to support various allies, and makes Nifl herself more difficult to KO.

At the time of writing, Nifl is the only colorless cavalry dragon. This gives her good matchups against every color of unit as well as high movement through open terrain, and the ability to use good skills like S/R Near Trace and Atk/Spd Catch.

Nifl’s base 38 Atk and 43 Spd are great and allow her to deal high damage and follow-up against most foes.

Nifl’s base 39 HP, 28 Def, and 26 Res are decent. Combined with her Null Follow-Up effect and damage reduction from Domain of Ice, she can take hits relatively well.

As a dragon cavalry, Nifl takes extra damage from weapons effecitve against dragons and those effective against cavalry, such as Exalted Falchion and Thani.

As a cavalry unit, Nifl is more affected by terrain than other movement types, being unable to move through forests and slowed significantly by trenches.

Units using a skill like A/R Near Save can protect several units on their team from attacks from melee units like Nifl, while taking little damage themselves. However, as most of these units are slow, Nifl will generally deny their counterattacks, somewhat improving the matchup.

Nifl’s counterattack denial only works if she outspeeds her foe by at least 5, and it does not work at all if the foe is benefitting from a skill like Null C-Disrupt.