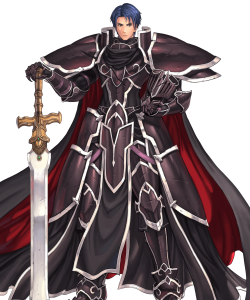 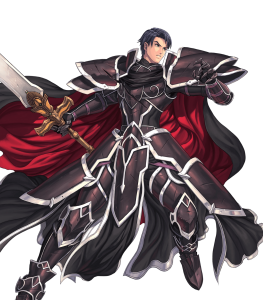 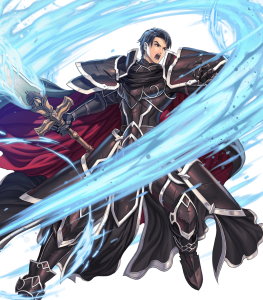 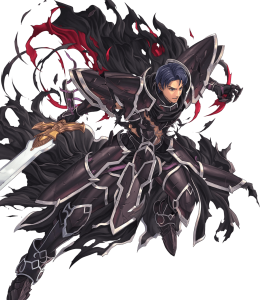 Passive C: Near Save skills

Any given weapon in FEH can be littered with lines and lines of text but sometimes, all it really needs is that one thing. That one thing is Special cooldown acceleration -1. You can now refine Alondite to have the effect of slaying as well as +4 to all stats on top of its inherent Distant Counter.

Zelgius’ unique Special and a premium in pure firepower by resolving combat as if his opponent’s defense is reduced by 80%. Though keep in mind, this does not cut through damage reduction skills which can completely ruin the OHKO potential.

Don’t let people tell you that being an Armored unit is bad. Exclusive access to tools such as the impressive array of skills that end in “Fighter” or more recently, the new Savior skills make them more than worth using.

This is why Zelgius is the Savior bot and not the primary tank. Strong offense-oriented magic users will vaporize Zelgius faster than he can protect himself with his less-than-stellar 21 base Resistance.

Perhaps Brave Hector and Brave Edelgard have ascended to a higher plane of existence but naturally low movement options and vulnerability to effective damage have been the staple armored unit weaknesses since day 1.

This build is based around one thing, Black Luna. Thanks to Alondite's new refine, that grants it the slaying effect while retaining the distant counter built in the sword. This turns Black Luna into a 2 cooldown special, which with makes it so that with the breath skills (or in this case, special fighter), the special gets charged after receiving a single hit.

At the start, this build was going to be really different, it was going to be a special spiral black Luna build, but decided it was best to specialize in melee, because even though the idea felt nice, it was going to end up being a mess, so I decided to keep it simple and do another near save unit (I think I have only done save builds). Mystic boost is there only to avoid losing guard, as having Black Luna means we won't be able to recover hp with our special, so this patches a bit of that problem. And since we aren't using a breath skill (though it could be another way of building it that would yield similar results), we can use the atk/res unity skill to boost the damage output and protect our unit in case mages like duo Lif or any res debuffer that might try to profit from Zelgius'; low res to leave our damage dealer's defenses wide open.

This build doesn't get to use Alondite's distant counter, but still, due to the new refine, as long as you have more that 25% of the unit's health, he gets a +4 omniboost that makes it a better weapon than a slaying weapon, but if not having the refine dew for the weapon (f2p problem I had several times), you can use a slaying weapon until you get that dew for the refine.

And Smite is situational, but can be helpful in case you are running a dive-bomb galeforce unit or something like that to get rid of some dangerous units at the start of the battle and if you want to use a refresher on a unit that doesn't want to lose health (and as such, that isn't able to proc wings of mercy), but any movement support can work

IVs: You will find that Zelgius' resistance is not servicable unless built around. Simply put, res is his easiest bane with HP as a close second. Attack, or Defense, can be taken as a boon, but extra Defense is a little overkill.

Weapon: Wo Dao+ (+Def) - Since we will be relying upon Black Luna activating each round, Wo Dao will ensure we can dish out enough damage even should we be at a weapon triangle disadvantage. The extra Defense will ensure the counterattack from the enemy will not knock Zelgius out.

Assist: Pivot is fairly straightforward. Allows Zelgius to maneuver around most maps with greater ease.

Special: Black Luna is absurdly strong and should not be passed for any other special.

A-Skill: Sturdy Blow gives Zelgius extra Attack and Defense, to once again overcome any weapon triangle mismatches. Sturdy Impact would be optimal, but is not usable by armored units (which is honestly too sad).

B-Skill: Bold Fighter is necessary, as Zelgius will need the guaranteed follow up attack in order to use Black Luna and seal the KO.

C-Skill: Threaten Atk/Def is a fairly new skill that allows Zelgius to greatly enhance his already beefy stats. His native Panic Ploy is not the most optimal, but still usable in some situations except high level PvE.

Seal: Sturdy Blow is once again your favorite choice, for the same reasons listed above.

Zelgius is a monster. With this particular setup, you can confidently initiate combat against Brave Hector, Hardin, Effie, and L!Tiki. Your visual proof is this video released by SD King Otaks https://www.youtube.com/watch?v=hE5UxtZzx4I

This build focuses on Zelgius constantly getting his specials. He’s able to get his, already very powerful special, TWICE, in one fight. Although not getting the guaranteed follow-up attack on player phase is a big sacrifice, Zelgius’ speed is by no means low and is usually able to double most of the characters that counter him, or he can usually kill them with a special. You can chose whatever you like on Slaying Edge+, but I recommend +SPD, to out speed more characters, or +RES, even though I have a RES bane on my Zelgius, +RES I strongly recommend to balance out his stats, so he can dish in more hits and try to keep his health higher for Special Fighter. And Panic Ploy l, due to his above average health, plus Slaying Edge+, he’ll usually have greater health than his opponent. Except Arden, because nobody can outhealth Arden. And Quick Riposte, can help getting more specials in, due to getting a guaranteed follow-up attack when your health is >= 70%, when being attacked. After experimenting with many builds, this has been the most effective build so far, as I strongly recommend this build.

Special Spiral wasn't in the list when building, that is what is intended. If a Vantage seal comes out that will be subbed in. This build, after charging the first one, will allow Black Luna to be charged at the start of every engagement (barring the effects of weapons such as Witchy Wand or skills such as Guard). The goal is to kill before any counterattack happens with pure attack. With a Vantage seal Zelgius could continue to survive after tanking damage by Black Lunaing his opponents to death before they can attack.

This Zelgius build aims to focus on his high speed (for an armor) and make him a powerful mixed phase threat with Special Fighter.

Forgoing Alondite in favor of a refined Slaying Edge+ grants Zelgius two things; reducing Black Luna&#039;s charge to 2 works more nicely with Fighter Skills and makes it activate it more often, but he also recieves a boost to his speed. With a +Spd nature and the speed refine, Zelgius has a base 39 speed to work with.

Distant Counter allows Zelgius to react to ranged threats, first tanking a hit and then firing off powerful specials in return. If Distant Counter is not available, other A skills like Swift Sparrow, Kestral Stance, Close/Distant Defense, Speed +3, etc. will work as a stuitable replacement, each helping Zelgius in different situations.

Zelgius takes advantage of his high speed to forgo the normal Bold/Vengeful Fighter and opt instead for the Guard effect provide by Special Fighter. With Special Fighter, Zelgius charges Black Luna in one interaction and denies foes the ability to charge their specials. This makes him more reliant on his speed for doubling, but can be circumvented by his nature, refine, team support and other skills.

The seal depends mainly on what kind of threats you need to take on. Speed +3 offers a small speed boost on both phases to help double threats, taking him to 42 speed. Alternatively, Darting Stance and Quick Reposte could be used to give him an advantage during enemy phase, when threats with higher speed and Swift Sparrow could outspeed him otherwise. Armored Boots could be used to allow him to reach targets quicker. Panic Ploy could make use of his boosted HP (from the refined weapon) to penalize foes for using class based boosts. Lastly, Close Defense, Distant Defense, Atk/Def Bond and other common seals could be used instead, each offering Zelgius a unique advantage.

Sacrificing Alondite seems like an odd choice, but activating Black Luna more consistantly makes a significant difference in modes where you need to engage multiple enemies. Having a teammate with Hone Armor is a must for this build, giving Zelgius the ability to reach 48 speed with a +Spd refine, nature and Speed +3 Seal. 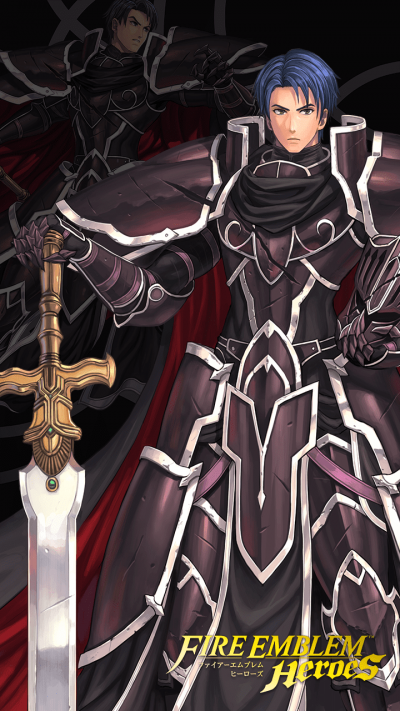