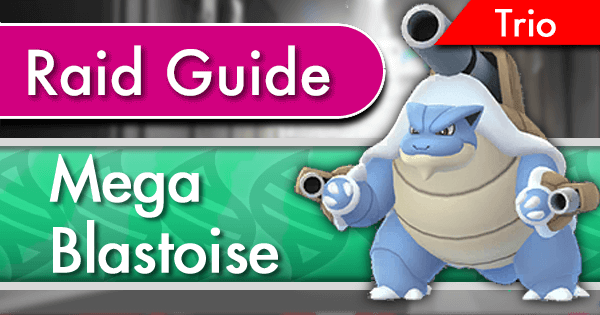 When compared to its Kanto Starter Mega contemporaries, Blastoise was forced to give up its title of "the most defense of its trio" to Mega Venusaur. That said, it's still got very high defense. It's about on a par with Articuno, but without the double weakness, fewer weaknesses to exploit in general, and a much higher attack stat. Fainting out is a very large threat, which makes the trio a bit risky, especially when aiming for as much of a speed bonus as possible.

PvE Relevant Pokemon in Kalos
Hey guys, Niantic brought a lot of PvP monsters out of Gen 6. Malamar, Aegislash,…
[Humour] Ideas for making more species more relevant
Voltorb used Explosion! Walking Meowth finds coins instead of candy. I thought…
I have restored balance
image1536×2048 324 KB 69420 4 posts - 3 participants Read full…
Question about Let’s Go games
Hey y’all I know this is a weird place to ask this but I couldn’t find the answer on…
Should status effects/conditions be implemented in Pokémon go?
If it is ever implemented how do think it could be implemented into gameplay? I…
Read More