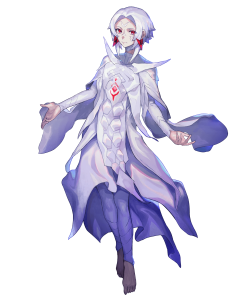 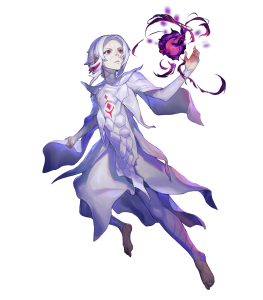 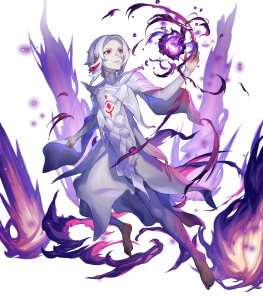 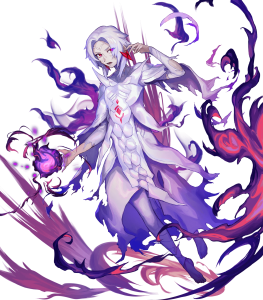 Their Res stat is particularly significant given that their Anima Mythic status matches them against Astra Mythics. Elimine, an oppressive Astra Mythic whose Staff of the Saint inflicts【False Start】on enemies in cardinal directions who have lower visible Res than her at the start of the turn, has 2 less base visible Res than Arval, making them less vulnerable to having their start-of-turn effects stymied.

Rite of Souls, Arval’s personal weapon, grants them a litany of strong effects, including:

Packing strong combative effects and a unique supportive effect, Rite of Souls allows Arval to make their mark as a valuable hybrid asset.

Arval also has a personal A slot in Duality, which increases their damage and bulk in various ways:

Access to Infantry-exclusive skills such as their native Atk/Res Tempo and Atk/Res Oath 4 boost Arval’s overall consistency and combat performance.

Whereas most units have either a terrible or a great Spd stat to easily mix-max builds, Arval’s 27 Spd lands in-between. While this theoretically encourages them to invest into their Spd to break through follow-up prevention and Null Follow-Up effects, the amount of Spd they can actually invest is rather limited given Duality does not grant them any Spd. As such, their Spd may fall behind compared to even slower Enemy Phase units such as Brave Hector and Ascended Idunn with support and Mythic Blessing stat bonuses taken into account. Even against some of the slowest Spd-supported Enemy Phase units against whom investing Spd would be useful, Arval usually folds because those units usually have Brave effects, allowing them to safely secure 2HKOs before Arval performs a follow-up anyway.

As aforementioned, the【Guard】infliction range of Rite of Souls is within three rows and three columns centered on Arval, meaning the row/column they are currently in and the rows/columns directly adjacent to them.

For the purposes of Aether Raids Defense, the row range is mostly irrelevant since Arval will always start in the top two rows of the map, which the enemy will almost never start their turn in or adjacent to. Three columns centered on Arval covers half of the six columns units can be in. While this can effectively shut down Galeforce strategies, the same cannot be said for Savior strategies, as the 2-ranged activation of Near Save and Far Save can allow Savior units to easily dodge Arval’s Guard infliction while protecting allies that are in the Guard infliction’s range.