Community Posts with Keyword Julius All 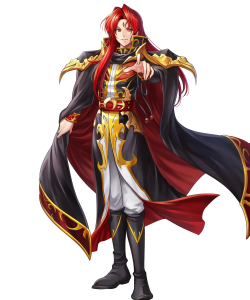 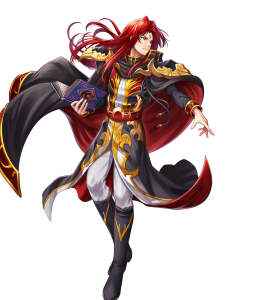 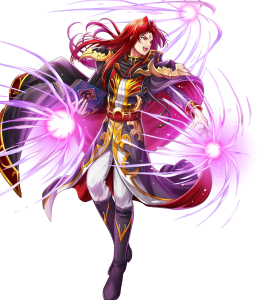 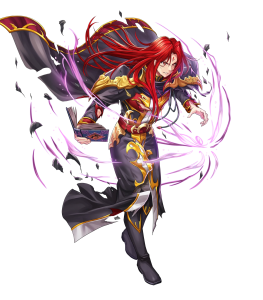 Still in the Dark (Offense)

Julius’s refined Loptous is extremely powerful, inflicting a -6 Attack and Resistance penalty against all foes without dragon effective weaponry in addition to granting him Resistance based damage reduction against those foes. Loptous also inflicts an additional -5 Attack and Resistance penalty in combat as long as his HP is above 25%, and gains what is essentially Atk/Res Sabotage as if that wasn’t enough. Loptous lets Julius perform well on both Player Phase and Enemy Phase alike thanks to its powerful effects.

Julius’s good base 35 Resistance allows him to tank magical damage easily and take great advantage of Resistance scaling skills(Like his own Sabotage Atk/Res built into his exclusive weapon).

Julius’s poor base Speed of 27 and terrible base 16 Defense leave him easy prey for most physical foes in spite of the effects of his tome unless he chooses to heavily stack his Defense. Julius will also be prone to follow-up attacks from even decently fast foes, and this also makes Julius suffer when fighting Fast infantry units with Speed based damage reduction, such as Mareeta.

Loptous does have one crippling downside: It gives Julius a weakness to dragon effective weaponry, meaning that users of dragon effective weaponry such as Chrom and Masked Lucina will give Julius a significant amount of trouble, especially since his weapon loses many of its benefits against them. Fittingly, Julius’s biggest counter is his own sister: Legendary Julia completely shuts him down in every regard, so keep him far away from her at all times.

I tested this build in a FEH battle simulator, and a +10 merged, +10 Dragonflower, Summoner supported Julius running this build can tank and kill a +attack, +10, Death Blow 4, Chill Res, Odd Attack Wave, Moonbow, Quickened Pulse Reinhardt with 5 HP left. Heavy investment, but I thought that was neat.

No def? No Problem
With this build julius will become an absolute tank who can meke his job right and if you give him some buffs, he will also take care of all the red unit (player phaseing the falchion users) and with the help of iceberg he can even deafet some blue mages

A build for Julius I love using. fury ups his stats to pretty good levels and his speed really needed it. it also helps put him in brazen range and from then on he will deal serious damage. when glacies procs he pretty much guaranteed a kill due to his massive res stat. Im thinking of changing the c slot to odd res wave from aversa. Dull range helps him take out blade tome users who would other wise nuke him along with other mages who rely on buffs like reinhardt, the meme lord himself. his partner for now is marth who supplies him with good buffs to make him even stronger. love using him and he takes on mages with ease

A simple build that takes Julius's enemy phase status, and turns him into player phase. Why? Why not.

With summoner support and being +2 merge, he actually hits 40 speed with this build and with Ishtar supporting him and after using rally Spd/Def on him, he's a murder machine and is still able to make use of ploys despite having -5 res from his insane 37 res. He's at 32 Res with this build and I think it's hilarious running an owl tome on him. I love my murderous psycho child.

Also to let all of you guys know, I killed Ayra, Karla, and Katarina for him. I'll let that sink in.

The stats you see above are Julius's stats after S rank Summoner Support and +2 merges.

This boy will. Not. Die. Unless it's to Falchion, refined Binding Blade or the Cloud Dagger weapon thing. If it's magic, he will tank it and retaliate with 2 hits from Loptous. The tome will reduce the damage he takes by 6, and his seal will reduce the damage again by 6, unless they're an archer, but then again, WHY WOULD YOU DO THAT?

Gimmicky build it may be, with summoner support and a support with a powerful speedy mage nuke *cough*Ishtar*cough*, especially if you give them Rally Spd/Def (or the new Rally Spd/Def+), Julius will able to survive some of the most absurd and impossible scenarios. With Reposition, if his beloved--I mean partner fails to kill, have him reposition them to safety and let him finish the poor survivor off in the enemy phase if you don't have a dancer.

Another good unit to have on his team is Veronica. Her staff buff gives Julius much needed speed when Firestorm Balm+ procs. She can also heal him if he slides out of QR range and while his support and buff from Ishtar will be enough to stop doubles from most common units, he will not be able to kill so he absolutely needs to remain as healthy as possible otherwise he might just end up dying even to a gentle breeze. And if you really need to, you can have Veronica poke (or even kill) an enemy that might cause Julius problems to give him much needed buffs, and debuff the foe.

Quite possibly the most useful part is that she has close guard, which will further improve his absurd survivability. Packing Sothe and a healer can also work, but Veronica joins them into one unit, allowing for your third unit to be whatever you wish, from a dancer to a bonus unit. For me, I usually will run Summer Micaiah as she has Infantry Rush, which allows Julius to use heavy blade, which he can make decent use of as units will need at minimum 59 attack to prevent him from proc'ing it due to Loptous's effect, and due to Ishtar and Veronica providing buffs, that minimum becomes even steeper.

I have yet to encounter a Reinhardt who can kill him (besides sword Rein but even then it's not a 100% chance), and even Julia and Deirdre struggle to kill him as well. He will instantly melt under any physical dragon killer, but it goes without saying that he should just be kept away from them in general.