Community Posts with Keyword Katarina All 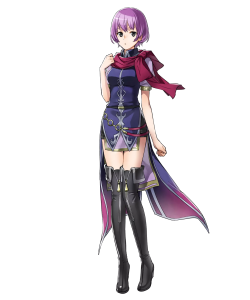 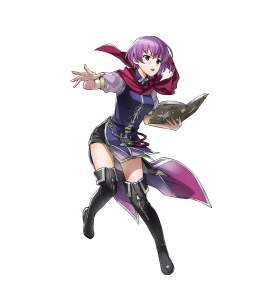 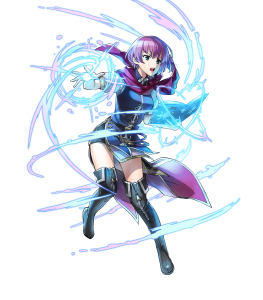 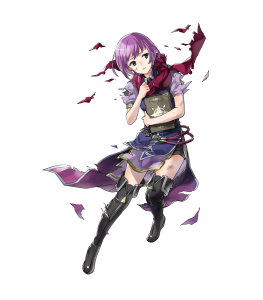 This build aims to make Katarina into an effective dual-phase combatant and team support.

As such, Attack, Speed, and Resistance are all key stats that Katarina enjoys receiving a boon in. A boon in Speed improves Katarina’s ability to both perform and avoid follow-up attacks while additional Attack increases her overall damage output. A boon in Resistance also makes for a suitable option by further improving Katarina’s magical bulk as well as her ability to activate Ploy skills.

With high Resistance and two Ploy skills built into her unique weapon, Reese’s Tome, Katarina can serve as a top-notch debuffer with the potential to completely cripple any targets in her cardinal directions. This makes Iceberg the choice Special to run, as its damage output will be quite effective thanks to Katarina’s high Resistance. At the cost of a longer cooldown, Katarina also has the option to run Glacies for an even more powerful Special activation.

Fury is a fantastic option for this set, as the boost it provides increases Katarina’s damage, overall bulk, and ability to utilize Ploy skills as effectively as possible. Alternatively, Atk/Spd Bond has great synergy with the Owl effect on Reese’s Tome, granting Katarina a whopping +7 to her Attack and Speed when adjacent to an ally. For a purely offensive approach or if neither of the aforementioned skills are available, Katarina’s native Swift Sparrow makes for a solid budget alternative by bolstering her offensive stats on initiation.

The choice of B skill depends on which phase of combat one wishes Katarina to focus on. Desperation is a fantastic Player Phase choice, as it allows Katarina to initiate on and double her opponent without any fear of retaliation. This crucial when taking on strong physical opponents due to Katarina’s extremely poor physical bulk. Meanwhile, Quick Riposte is better suited for dueling opponents in the Enemy Phase by guaranteeing her own follow-up attack. In particular, this makes it a more effective option against other fast mages such as Nino, Halloween Henry, and Bridal Tharja by allowing Katarina to reliably take them out in a single round of combat.

As for C skills, Katarina can take her debuff game a step further by adding a 3rd Ploy into her C slot. Atk Ploy makes for a great choice and comes free of charge in Katarina’s base kit. While it doesn’t help her directly, Katarina can use the Def Ploy Sacred Seal in order to devastate her opponents by debuffing all four stats at once. Alternatively, both Quick Riposte (if not already being run in the B slot) and Distant Def also make for great choices of Sacred Seal by further improving Katarina’s Enemy Phase prowess.

This set takes a more offensive approach by trading the utility of Reese’s Tome for the sheer damage output of a Blade tome.

For her Assist, Ardent Sacrifice has great synergy with Desperation. Katarina’s extremely poor physical bulk of 49 makes her susceptible to getting killed in only one hit; by dropping her HP without the need to engage in combat, Katarina can safely get into Desperation’s 75% HP threshold. Otherwise, any choice of movement skill such as Draw Back will make for a suitable Assist.

Glimmer is a great choice of Special on any Blade tome user, as it scales with the additional damage received from Hone/Fortify buffs and activates within a reasonable timeframe despite the cooldown penalty tied to Blade tomes. Alternatively, Moonbow can be used as a more effective option against opponents with extraordinarily high Resistance such as Sanaki and Winter Tharja.

Katarina’s native Swift Sparrow makes for a fantastic choice of A skill, as it gives her a strong boost to her offensive stats on initiation without the need to forego anything else. Fury makes for another solid choice by making it easier to get into Desperation range along with increasing her overall bulk at the cost of a marginally weaker offense. In addition to this, the boost in Resistance improves Katarina’s ability to utilize Ploy skills.

Desperation is the quintessential B skill for any glass cannon mage; once in the HP range, Katarina will be able to safely perform follow-up attacks without the risk of getting killed on the counterattack. Moving on to C skills, Katarina can once again make effective use of Ploys. In particular, Res Ploy increases Katarina’s overall damage output while Spd Ploy allows her to secure additional follow-up attacks should they land. Otherwise, the C slot can be replaced as needed to suit the team.

Last but not least, Katarina has several options for Sacred Seals. If she isn’t already utilizing Res Ploy in her C slot, it can also be run in the Sacred Seal slot. Heavy Blade is another option with a consistent activation thanks to the damage scaling property of Blade tomes. This allows Katarina to activate her Special more frequently. Finally, both Speed +3 and Attack +3 make for good picks in order to give Katarina a solid offensive stat boost.

Katarina brings a lot more to the table than your typical offense-oriented mage thanks to her unique weapon, Reese’s Tome. In addition to its base Owl effect, Reese’s Tome takes a page from Arvis and Saias by having two built-in Ploy skills upon refinement. This allows Katarina to perform well in both phases of combat as well as serve as a phenomenal team support through debuffs.

Statwise, Katarina has solid values in Attack, Speed, and Resistance. This makes her very flexible in the roles that she can fulfill such as attacking, tanking magical damage, and debuffing through the use of Ploy skills. Furthermore, Katarina can be run in different ways depending on one’s preference in playstyle such as the choice of focusing on combat in the Player or Enemy Phase or the amount combat-centric vs Ploy skills that she runs. In addition to this, Katarina also makes a very good use of a Blade set when not using her personal weapon.

While Katarina may be good at tanking magical attacks, she falls apart against any physical opponent. With her physical bulk at an extraordinarily low value of 49, Katarina is susceptible to getting taken out in only one hit by an overwhelming majority of Defense-targeting threats.

Regardless, Katarina provides fantastic utility through debuffing and performs exceedingly well in combat, making her a highly versatile option for almost any team-composition.

On top of boosting Katarina’s Enemy Phase prowess through its Owl effect, Reese’s Tome allows Katarina to be a first-rate debuffer thanks to having both Res Ploy and Spd Ploy built-in. This can be further accentuated by giving Katarina additional Ploys such as Atk Ploy and Def Ploy in his C and Sacred Seal slot respectively, potentially allowing her to debuff all four stats at once.

In addition to making her a great magical tank, Katarina’s high Resistance allows her to consistently activate her Ploy skills against a majority of the cast.

While nothing standout, Katarina’s solid 32/34 Attack/Speed lets her handle combat reliably during both Player and Enemy Phase.

Thanks to her tome, Katarina can take on a variety of roles including attacker, magical tank, and debuffer. Moreover, she can do all of these things at the same time!

With only 49 physical bulk at base, Katarina is highly susceptible to getting killed in only a single hit by most physical attackers. In addition to this, her low 34 HP leaves her open to almost any user of Panic Ploy.

Katarina lacks the innate advantages of mobility and exclusive buffs available to other movement types such as cavalry and fliers. This can limit her potential, especially when utilizing a Blade tome set.

Note that she is merged +1.

Went with Raudrblade+ over Reese's Tome because... Well, to be honest with you, I had a Tharja that I needed to kill.

Swap gets her out of danger by putting her behind an ally. Or maybe it's putting that ally in front of her. Maybe even both. Hmm.

Glacies runs off of her colossal Resistance stat of 39. Also, she came with it so... Yeah.

Fury boosts all of her stats by 3 points, bringing her good Atk/Spd spread even higher and boosting her Resistance to a ludicrous level.

Attack Ploy and Speed Ploy should both be obvious; her Resistance is so high that she should never have any issue landing them unless she's squaring off with a merged Wrys.

Antithesis to my Saias build (tanky Saias) and in short, an offensive powerhouse. This is also a +10 stat base with said IV's, so this should be pretty obvious. I also would chose -res to maximize her survivability, due to lowering her hp or def lowers her bulk against dc units (which are everywhere) to the bare minimum, and that's not great.

Thanks to her new weapon, when refined, Katarina turns into almost like a Red Lute.

A Res boon can help Katarina easily support and set up fights for herself thanks to her default Attack ploy and the Speed and Res Ploy 2 built into her new tome when refined.

Other than that, you should still run Desperation or Alternatively give her Red Tomebreaker to check Red and Green Mages.

For Seal, she can run a generic Speed or Attack seal, Distant Defense, or run Def Ploy seal to ploy all stats.

This build tries to capitalizes on her ability to take on anything when she's near an ally. I just want her to use her owltome effectively and thsi build somewhat shows that.

Fairly basic, albeit rather effective Katarina build to-be. Her initial Res is quite good, so Fury patches up the whole lot from Atk, to Spd and then some extra Res.

You get a highly competent offensive unit with decent magic soaking potential.

*+3 Spd Seal, to maximise doubles.
** Iceberg over Glacies because of lower cooldown 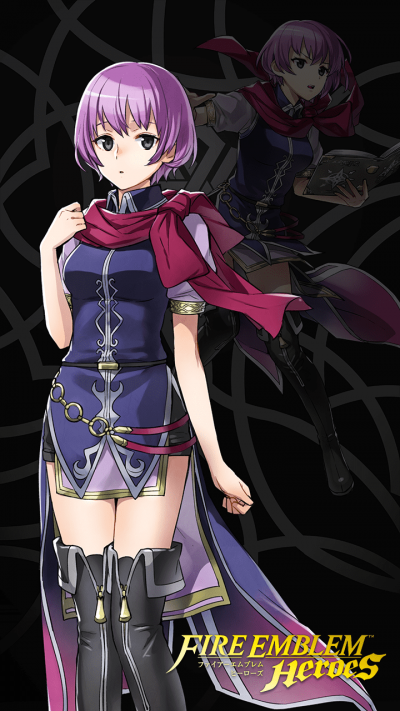 ''I'll bury you in the sand!''
Another day, another Camilla completed in terms of flowers! It’s time for the Summer…
This Is A Good Result
I was just doing Rokkr Sieges the way I normally do it (getting to 300000 points for…
>:-) Black Knight >:-)
Ok, as a day one player who got the Black Knight pack and got all of his free versions…
Ip Kagero Build?
What would be the most optimal build for me to have for a Kagero in an ip team, as I…
Which Nephenee Asset to keep
For Nephenee-should I go with a +Atk one or a +Spd one? I happened to luck into a +Spd…
Read More