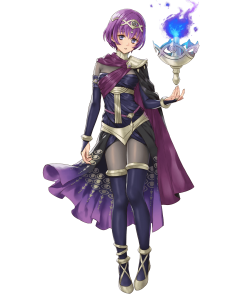 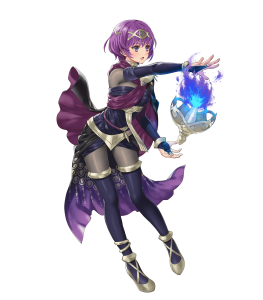 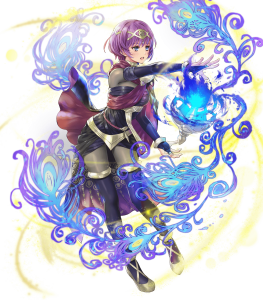 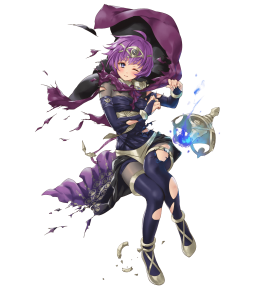 A Mission for Redemption (Superunit)

With a great 37 Attack and startlingly high 43 Speed, Katarina will be able to dish out great damage and very frequently perform follow-up attacks. Her offensive capabilities can be further augmented with Attack and Speed support, making her a very reliable Player Phase unit.

While not the greatest, 66 magical bulk is serviceable for surviving at least 1 magical attack, especially in combination with her personal weapon.

Katarina has another personal weapon in the form of Fell Flambeau, and this time it’s actually good!

Even without debuffs present, Katarina still inflicts -5 to all stats, making Fell Flambeau a very powerful weapon capable of turning the tides on even some of her most unfavorable matchups.

Katarina enjoys the benefits of being the best mobility type in the game, capable of crossing over usually impassable terrain such as rivers, mountains, and lava tiles without penalty. To further bolster her mobility, she has access to and can benefit from skills such as Aerobatics, Flier Formation, Guidance, Flier Guidance, Ground Orders, and Air Orders.

Even with Fell Flambeau, Katarina can have trouble surviving physical enemies due to her horrendous 54 physical bulk. Without visible debuffs, she is prone to being OHKO’d, and even with them, it can be touch-and-go.

Unfortunately, Katarina suffers from both offensive and defensive drawbacks of being a Flier.

Katarina with Fell Flambeau feels unusually awkward to use in both Aether Raids Offense and Defense. On Defense, she will very frequently be adjacent to an ally, making Fell Flambeau's effects unreliable to activate. She could have been a strong way to deal with common Offense skills that reverse debuffs such as Atk/Res Unity and Fallen Ike’s Chaos Ragnell. While Fell Flambeau significantly helps Katarina on Offense, there are missed opportunities for her to be stronger, particularly due to her Flier status preventing her from utilizing important skills such as Null Follow-Up and forcing her to use Iote’s Shield to prevent Archers from frequently OHKOing her.