Community Posts with Keyword Lachesis All 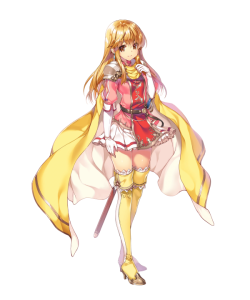 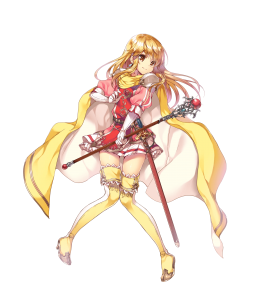 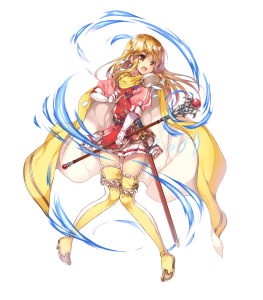 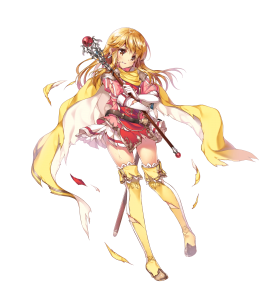 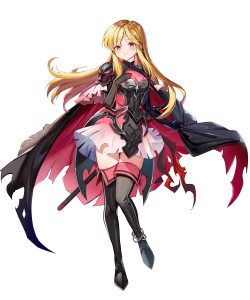 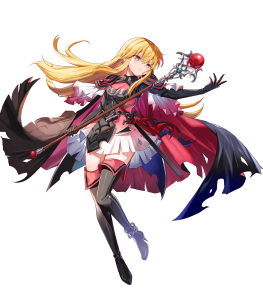 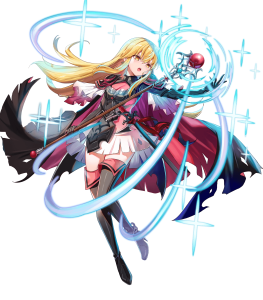 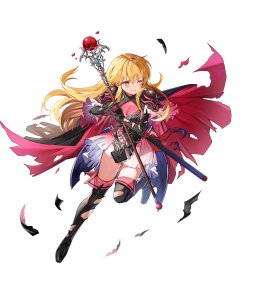 Lachesis’s status as an infantry staff unit gives her access to healing assist skills, as well as other useful skills like Infantry Pulse and Palm Staff+.

Lachesis’s base 39 HP, 32 Atk, and 30 Res are decent, and allow her to deal solid damage to units without high Res and resist magical hits decently well. In addition, her Res can be used to activate skills such as Sabotage Atk. Her base HP is not incredible, but if supported with skills like HP +5, it can allow her to use skills like Infantry Pulse to support her teammates with lower HP.

Lachesis is available at 3 and 4 star rarity on all banners, which allows her to be obtained more easily than many other heroes. Among other things, this makes her easier to merge to increase stats.

Lachesis’s base 25 Spd and 22 Def are low by modern standards, meaning that she has a hard time gaining follow-up attacks, is very vulnerable to enemy follow-ups, and takes high damage from physical units.

As a staff-wielder, Lachesis is prevented from using many skills that allow other units to excel, including damaging Specials like Moonbow and powerful A skills like Swift Sparrow 3. While she does have some unique options only available to staves like Dazzling Staff, overall her selection is rather limited.

At the time of writing, Lachesis lacks a unique weapon, or any other unique skill to set her apart from every other infantry staff unit in Heroes, of which there are many. She can provide healing and some other support effects, but so can many other units, including those with access to useful support skills that Lachesis cannot use, especially premium options like Flayn or Elimine that have powerful unique effects that provide damage reduction to nearby teammates.

Lachesis' stat distribution makes her among the most effective Absorb tanks in the game. Being able to sustain with Absorb+ and Quick Riposte in-between hits makes her much more tanky as an enemy phase unit than her bulk suggests.

For Lachesis' IVs, you'd want to run +Atk -Res to maximise her sustain and physical soak as low res melees are her best targets for staying in Quick Riposte range and out-healing their attacks.
If you want to preserve her Res and make use of Ploys, -Spd is the best option but it's worth preserving her speed to prevent low speed doubles as not being doubled usually means Lachesis can heal back to full HP.

Atk Ideals, Atk Push 4s, Fire Boost or any Atk Solo or Bond skill can be used over Close Foil/Close Counter for more sustain but she does well against melees so it's recommended that she'd be able to check them on enemy phase.

Razzle Dazzle with the Quick Riposte seal can be run over the Atk/Def Form (or Bond, Solo, Hp/Atk and Close Def) seal for free healing on her player phase and kills on slow Distant Counter units. You can run Mystic Boost to help her stay in QR range, but the extra sustain and bulk from Atk/Def Form is more valuable for tanking and you can simply heal with Martyr+ if you wish keep her healthy.

Being Infantry, Lachesis has an edge over Armored Healers with her access to Null C Disrupt. This makes her a solid choice on Aether Raids as a carry on buff teams. If you wish to go that build, you can drop Quick Riposte entirely if you're making use of speed buffs but keep it as a seal if she's not hitting around 55 speed.

Debuffs like Atk/Res Menace or Panic Ploy are the most valuable for Arena/Aether raids matchups but you can run Threaten Res as a good budget option for extra sustain or any of the support C skills (Infantry Pulse/Even Atk Wave/Joint Hone Atk/Joint Drive Atk/Odd Recovery) if it's needed on your team. For solos, Atk/Def or Atk/Res Menace are your best options, with Rouse Atk/Def or Threaten Atk/Res 3 as viable alternatives.

Mixed-support Lachesis with self-heal. Absorb works as both an offensive and healing weapon towards herself. Rehabilitate is good for support (esp at low HP), and Heavenly Light allows for her to heal everyone if shes too far away.
Distant Def to tank some hits. Steady Stance also works.
WOM for obvious reasons.
Spurs to buff those around her if shes healing them for the next turn.
LTS as a seal, if Absorb doesn't work.

This Lachesis set focuses on maximising her damage. With Atk/Spd Solo or Push, Brazen Atk/Spd or Fire Boost seal and a +Atk boon she becomes a bulky powerhouse.

You can run Atk/Spd Bond as both your A slot and seal instead if you want to hit a higher speed tier at full hp or Atk/Def Bond if bulk is a priority with Null C Disrupt going around lately.

Sporting a physical bulk of 58 and a magical bulk of 69, Lachesis takes to the battlefield as a Wings of Mercy support healer for her team. Though Azama sports a much greater physical bulk which is often coveted in today's meta and comes with the Pain staff by default, his own sustain is rather poor and gets dragged down by a pitiful attack stat. Lachesis is normally lacking in speed, however, with the boost from Atk/Spd Bond which should just about always be active, she can hit a respectable 33 speed allowing her to avoid doubles from many of the less speedy cavalry or infantry as well as a number of unbuffed bow or tome wielders. In addition to her fair bulk, Absorb allows her to net an increased EHP.

A strong support for Eldigan or any other highly mobile offensive units with some bulk. Atk/Spd bond patches up her rather low speed and allows her to sustain after warping to her target of choice. Absorb is given the wrathful refinement due to her more passive play style 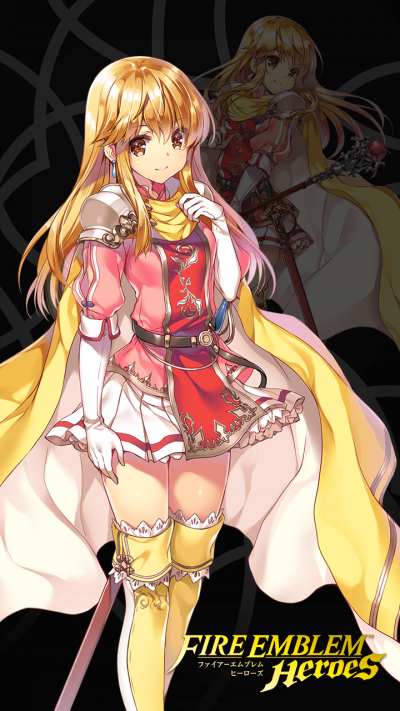