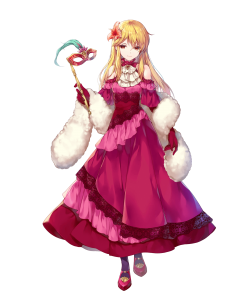 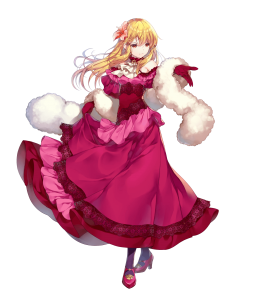 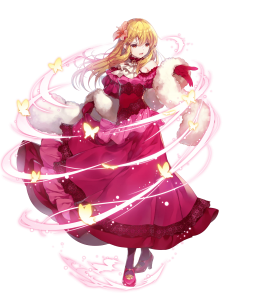 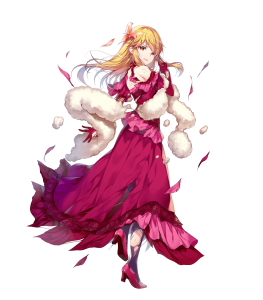 Lachesis’ ability to grant her allies another action via Dance is undoubtedly the strongest asset in her arsenal by far, producing a massive boost to her team’s overall flexibility in approaching a certain map or battle. This alone provides her immense supportive value -- even without accounting for her other strengths.

Lachesis boasts a massive base Resistance stat, which complements her inherently supportive playstyle by letting her reliably use skills like Sabotages, Ploys, and Temari to apply mass debuffs on opposing foes. This also offers her considerable magical durability (which she can build upon if desired).

With an equally impressive base Attack stat (not to mention her access to a four-point Asset in the same stat), Lachesis can hit surprisingly hard and heavily dent enemy HP pools with a single hit. This is a nice bonus in case she ever needs to go on the offensive mid-battle -- and given her access to the powerful Broadleaf Fan, Lachesis can even capitalize on this further with a one-shot build should one wish to focus less on her support.

Thanks to her flying status, Lachesis boasts fantastic mobility and can provide incredibly useful mobility-based support through the use of skills such as her native Air Orders, which help massively in allowing her allies to approach enemy teams from more favorable positions than otherwise possible.

Lachesis' flexibility as a support unit should not be underestimated. Given her access to a variety of different weaponry and mobility based skills alongside the various applications of her own statline, her role and playstyle can vary massively to best serve her specific team composition, potentially fulfilling various needs simultaneously.

With so many of her stats being allocated to her Attack and Resistance stats, Lachesis unfortunately sports an incredibly low Defense stat to compensate. This combined with her unimpressive HP pool makes her quite vulnerable to most forms of physical damage and may even be outright OHKO’d should one be too careless.

Being a flier, while certainly a strength in Lachesis’ case, comes at the cost of the Ballroom Bloom suffering from a debilitating weakness to opposing archers, and this is only cemented further by her low Defense. This can also make a Broadleaf build -- while certainly an option if one wanted her to use a more offensive set -- somewhat tricky to fully utilize in practice, since the Iote’s Shield will likely occupy her seal slot most of the time which prevents her from using other strong options like Heavy Blade.