Community Posts with Keyword Leanne All 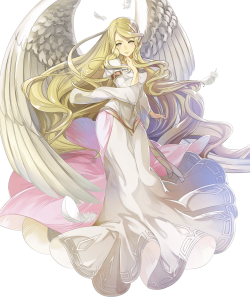 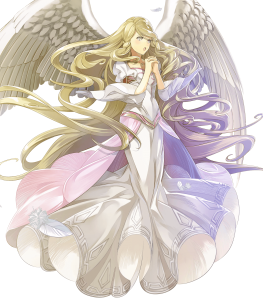 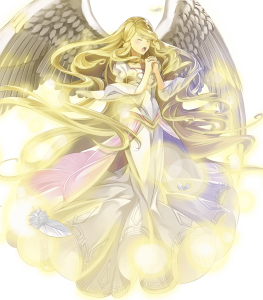 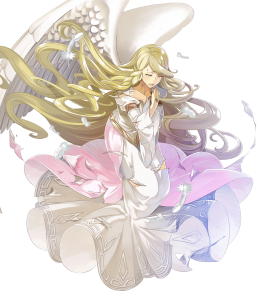 Many units excel when on a team of other units with a specific weapon or movement type, and Leanne is no exception. Her weapon, Heron Wing, grants her an additional 2 Attack and 1 additional movement, but only if she begins her turn adjacent to only beast or dragon allies, or no allies at all. Thus it should be no surprise that Leanne performs best on a team made only of other beasts and dragons as it will allow her to easily stay transformed permanently.

As a refresher, Leanne will rarely be engaged in combat, thus it is a good idea to pick a Special with the lowest cooldown possible. As Leanne’s Attack is a bit too low to utilize Glimmer, Moonbow is the greatest choice. Iceberg can be used as a stronger option to build off her high Resistance, but there is a large chance she will go most matches without ever using it.

Mirror Stance, Leanne’s native A skill, is a fairly good option for her as she will usually be using Sing on her own turn, meaning in the uncommon event she does engage in combat, it will usually be on Enemy Phase. The boost to her Attack and Resistance is a great help for combating enemy dragons, and the Resistance grants her very welcome bulk versus mages. If one is looking for more all-rounder stats, the good ol’ reliable Fury can be used to boost all of her stats, including Speed and Defense, which some may find welcome. If one does not care about her combat at all, a skill such as Fort. Def/Res will best help keep her alive.

Chill Def is a very strong option for Leanne and helps increase the physical damage dealt by her and all allied beasts, though Chill Spd or Chill Atk may be a more reliable option if paired more often with Dragons. Wings of Mercy is the classic option for refreshers, allowing her to warp across the map in a pinch, though with her three range flying movement she may be less reliant on it than other refreshers.

Leanne’s C skill should be picked based on her allies. Hone Beasts provides the biggest boost when used exclusively with other beast units. Goad Fliers is a more-general option that can apply to both beast fliers such as Naesala and dragon fliers such as Myrrh. If she is expected to be on a team with both non-flying beasts and non-flying dragons at the same time, then she’ll find the best use in a more general skill such as Def Ploy or Spd Ploy.

Likewise, Leanne will also find Ploys to be her highest-impact Sacred Seal choices. If none are available many other basic support skills could be chosen, such as a simple Hone or Drive, and she may also find high value in Dance Sacred Seals such as Blaze Dance.

Leanne can also make for quite a powerful support on teams that aren't centered around beast or dragon heroes. Even if she doesn’t remain transformed all the time, she still remains an above-average support unit due to her stats as a flier, granting her access to skills such as Guidance and her native Flier Formation.

This set is also fairly budget friendly—she finds the best use in most of her base skills, really needing only a Special and most likely a replacement more-general C slot skill. Moonbow and Iceberg are her best Special options, Moonbow more likely to be utilized due to its lower cooldown, though Iceberg is slightly more powerful.

Mirror Stance is a great skill that helps her tank magical threats when needed, while Fury remains a good all-rounder that most notably grants her additional Speed.

Flier Formation extends her movement range around the field even when untransformed, massively increasing her positioning options when not on a team with beasts or dragons. If one does not expect her to always be by other fliers, it is likely best to switch to Wings of Mercy or other such non-team-specific skills.

Leanne’s C slot and Sacred Seal both pull from the same set of skills. Either a Ploy or a Drive will be her best support options, and she can find use with them on nearly all team compositions. Guidance is also a great choice that is available as a rare C skill and a more-accessible Sacred Seal that greatly helps her aid Infantry and Armored allies with their positioning.

Leanne the mesmerizing chanteur is a colorless flying beast unit, and one of the very first beast units added to the game. As a Heron Laguz, she gains one additional movement when transformed, also making her (alongside her brother, Reyson) the first three-movement Singer/Dancer in the game. While many have long feared the concept of a cavalry Singer/Dancer due to their range, the Herons surpass that fear bringing both that and flying mobility. To the surprise of some, they even keep their ability to attack, a trait Heron Laguz did not have in Path or Radiance or Radiant Dawn (though of course in those games Herons were also able to refresh units in multiple directions around them at the same time—a scary thought to think about in Heroes).

Compared to her brother Reyson, Leanne is slightly more min-maxed, having much higher Speed and Resistance, but lower Attack and Defense. This makes Leanne the more support-focused of the two, with Reyson the slightly more battle-ready, quite fitting of their personalities. Having low Attack and no color advantages, Leanne quite expectedly hits like a wet noodle without offensive investment, but nonetheless makes up for it in spades with her sheer mobility, Sing skill, powerful Ploy ability, and the regenerative effect offered by Heron Wing.

While for the most part, Heron Wing’s healing is a welcome blessing, it should be kept in mind that it could potentially cause an issue when used with heroes utilizing skills such as Desperation or Wrath, as she could potentially bring them out of its range. One must also keep in mind that her transformation is disabled if she begins combat adjacent to any non-beast or non-dragon allies. Though these traits may slightly limit her team compositions, thankfully, there are more than enough Fliers and Dragons that act as tanks, making use of skills such as Quick Riposte, and when on the proper team Leanne easily finds her place as an extraordinarily versatile support, perhaps overwhelmingly so.

As a Heron Laguz, Leanne has three movement range when transformed, and is unimpeded by terrain such as forests or mountains. Having access to Sing, this gives her an unprecedented refresh range, easily able to make her way to her allies without needing to use any mobility-focused B slot or C slot skills.

Not only does Heron Wing maintain the movement up effect found in all other flying beast weapons, but it increases her Speed by a further 3 (bringing her to an effective base 40!) and gains the unique effect of healing all allies around her by 7 at the start of every turn. This healing makes her an optimal support for units that utilize skills such as Quick Riposte and other tanks.

As a refresher, Leanne comes with the normal penalties of such units, namely a very low BST. In particular, she takes the hit in her Attack and her physical bulk. Leanne doesn’t hit very hard without a serious investment into Attack or team buffs, and she is very frail, quite easily able to die in a single hit from the majority of physical threats.

Leanne’s exceptional movement-up effect is conditional on the fact that she starts her turn either adjacent to nobody or only adjacent to beasts or dragons. While she can make use of skills such as Flier Formation to maintain powerful mobility even without transforming, it certainly puts limitations on her effectiveness, resulting in offering less utility in such cases than other Flying Singers/Dancers such as Legendary Azura.