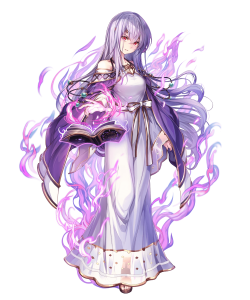 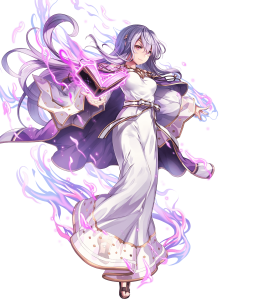 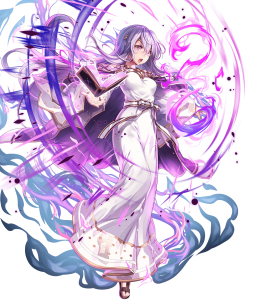 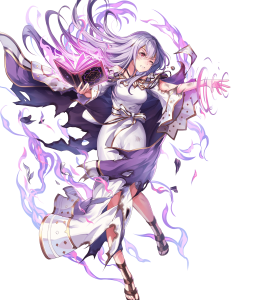 Envoy of the Dark God (Offensive)

Passive B: Light and Dark / Desperation

With her Resistance somehow being higher than even her HP at a base value of 40, Julia’s magical bulk is almost overkill. Few magical attacks stand any chance to harm her when combined with the boosts from her skills.

An absurdly stacked weapon. In addition to the passive +3 bonus to Attack, Dark Scripture further boosts Julia’s damage as well as her overall bulk by inflicting a -6 Atk/Res debuff on her opponent. On top of this and most notably, Dark Scripture guarantees Julia to double any opponent granted they don’t use a weapon that is effective against dragons or have the dragonslayer buff, making it incredibly useful for both offensive and defensive purposes.

Making another appearance from Julia’s legendary variant, Light and Dark once again makes for a very strong offensive and defensive option by inflicting lull to all the stats of her opponent.

Thanks to her status as an infantry unit, Julia gets to enjoy a wide variety of skills exclusive only to certain movement types such as Lull skills, Times Pulse, Special Spiral, etc..

Despite the additional bulk her weapon provides, Julia’s low base Defense still makes her susceptible to taking significant damage from strong physical attacks.

Speed isn’t something that Julia needs to double herself but her low base value can spell trouble when using her defensively, as it makes her susceptible to getting doubled by her opponent.

Alternative S skills:
Atk/Def Solo 3 (by the time I'm making this, it's out), Brazen Def/Res 3

B slot - Light and Dark/Desperation/Special Spiral