Community Posts with Keyword Lethe All 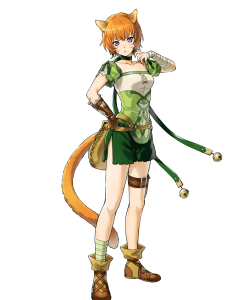 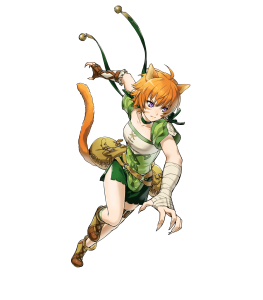 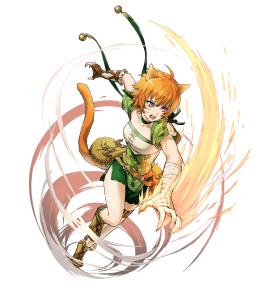 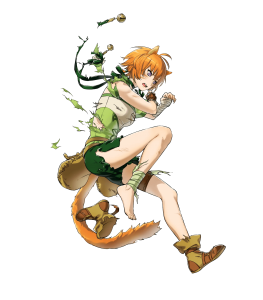 On the Gallian Front (Galeforce)

Lethe will appreciate the boost in offensive power that she will acquire from either an Attack or Speed Asset. While Asset is a preferable option, both will be excellent choices through either increased damage or increased follow-up potential. HP is the recommended Flaw, but a Flaw in Defense and Resistance can still work.

Ride of the Valkyries (Offensive)

The fan-favorite cat girl from Tellius finally makes her debut in Fire Emblem Heroes. Lethe joins the Order of Heroes as a red beast cavalry unit with a strong focus on offensive power. With the right tools in hand, Lethe can prove to be a strong and capable fighter.

Her offensive stats are strong, coming with great Attack and excellent Speed. Being a beast cavalry, she also gets to enjoy the natural transformation bonus of denying follow-ups and debuffing whoever she attacks during combat. Her personal weapon, Brazen Cat Fang, also gives her a substantial offensive boost when no allies are near her.

Lethe does have her weaknesses. While being transformed will help to keep her safe when attacking, her overall defensive capabilities are decent at best. In particular, her low Resistance makes her a relatively easy target for magical threats such as mages and dragons which will be capable of dealing substantial damage to her. Keeping her in harm's way during Enemy Phase will be a poor choice overall, especially if she’s in the range of multiple foes.

Overall, if one ensures to play to her strengths, Lethe will be exceptional. Her high offensive stats, strong personal weapon, and cavalry beast transformation bonuses make her a formidable fighter when she’s the one making the attack. As long as one can ensure she’s not in danger on Enemy Phase, Lethe will show the opposition the true wrath of the beast tribe.

Lethe’s personal weapon, Brazen Cat Fang, is a powerful offensive tool and Lethe’s biggest strength. Regardless of whether or not Lethe is transformed, this weapon grants her with three Speed and the Atk/Spd Solo skill, increasing her Attack and Speed by six whenever she has no adjacent allies. Given that Atk/Spd Solo is an amazing skill for offensive heroes, this is an amazing bonus for Lethe to receive.

On top of this, Brazen Cat Fang also provides Lethe will the typical cavalry beast transformation bonus. When initiating combat while transformed, Lethe will debuff whoever she is attacking for four Attack and Speed as well as preventing them from performing a follow-up attack. This is a strong bonus that not only increases Lethe’s damage output but also makes it harder for her to be defeated while attacking.

Lethe’s 33/38 offensive statline is strong and is a part of what makes her so good. 38 Speed, in particular, backed up by the natural Speed boost she gains from her weapon, makes her very capable of performing consistent follow-up attacks. 33 Attack is also solid and will help her to deal good damage.

Besides the beast cavalry transformation bonus, cavalry also has the natural benefit of three movement. For any offensive-oriented hero, having greater mobility is a strong bonus and gives her greater flexibility with how she chooses to make her approach.

Lethe is not a unit designed to be used defensively which can be seen when looking at her defensive stats. Not only does the beast cavalry transformation bonus not activate on Enemy Phase, but she also comes with lackluster defensive stats. While 41 HP and 26 Defense is actually fairly decent and allows her to take a couple of physical hits, her poor 19 Resistance means magical foes will deal great damage to her.

Overall, while Lethe is capable of taking a hit or two thanks to her good HP, she will quickly fall if left in the range of multiple foes. If possible, Lethe should avoid having to fight several enemies on Enemy Phase.

Being a cavalry unit comes with two main weaknesses. First, cavalry is the movement type most hindered by terrain, being the only movement type that is both slowed down by trenches and are incapable of passing through forest tiles without an ally using a skill such as Reposition to get them over. Depending on the map, this can significantly hinder Lethe’s potential. Also, weapons which deal effective damage against cavalry are quite common in modes such as Aether Raids, so Lethe will need to take caution when enemies with weapons like these are present.

Lethe possess a great atk thanks to all the passive of her weapon. This build aims to synergise it woth heavy blade 4. Lull atk/def is preferred as lull spd/def on't help activate heavy blade and lethe alteady as a very good spd stat. Moonbow is preferred as galeforce won't be as consistent with unit being ohko by lethe. S, ift sparrow give a last boost to her atk and help secure follow-up.

Aiming for insane speed, This puts her at 58 speed if she is not next to an ally. Brazen atk/def may also be brazen atk /spd for even more speed, but in most cases that would be overkill, while the defense boost may be helpful if she can't kill an enemy in one round. Swift sparrow 3 may also be replaced by life and death 3 if you are on budget and c skill and assist may be adapted to her team's needs. Desperation is necessary, because she gets killed otherwise due to her low defenses, especially if running life and death.