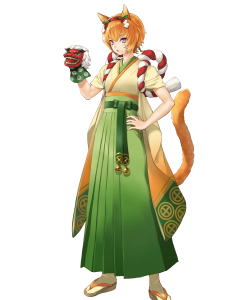 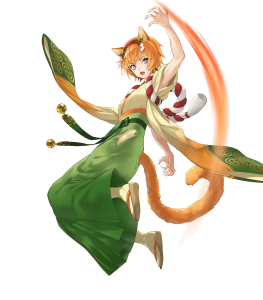 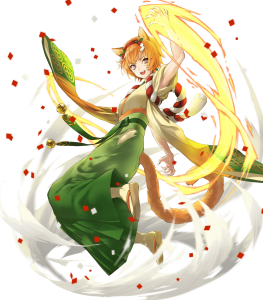 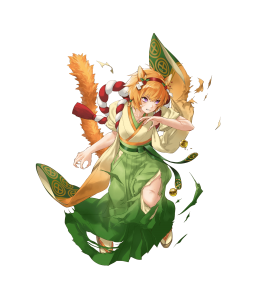 NY Lethe’s exclusive weapon is incredibly powerful, boasting the effects of Vassal’s Blade and Close Call in one, in addition to granting her +3 Speed. This weapon allows Lethe to be effective on both Offense and Defense as long as she can outpace her foe, a feat she has little trouble accomplishing due to her incredible Speed.

Lethe’s 35/41 Offensive spread ensures that she will hardly struggle with performing follow-up attacks or dealing damage.

As a Cavalry beast, Lethe gains an innate Sturdy Impact esque effect when transformed, in addition to 3 movement and access to class exclusive buffs.

Lethe’s 18 Resistance is one of the worst in the game, only made worse by a 4 point superflaw. Even with her weapon’s built in Close Call, she will struggle to take Magical damage from any source.

NY Lethe unfortunately shares many weaknesses with other cavaliers, most notably a weakness to trenches and effective weaponry such as Hoshidan Summer Micaiah’s Dawn Suzu.