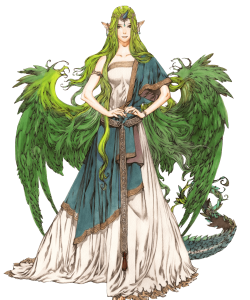 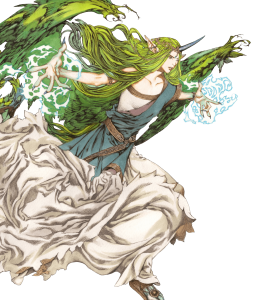 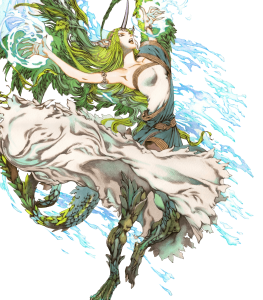 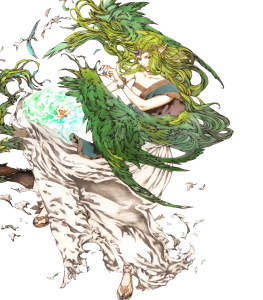 Most Assets are actually fine on Mila from a performance standpoint besides Speed (for obvious reasons). To consistently conquer stat comparisons (especially where Mila's Turnwheel, Pulse Tie skills, Sabotage skills, and Sudden Panic are concerned), however, users will want to seek defensive Assets: +Def or +HP preferably.

The very first sight of this C slot passive makes players even particularly invested in their Aether Raids Defense panic quite a bit. This is significantly in part due to its cardinal debuff effect; by inflicting Isolation on key enemies—especially refresher units with Dance or Sing or Gray Waves—the opposing team becomes significantly easier to take down. Additionally, an additional turn to the Turn Limit can be handy in some cases, especially when attempting to break Aether structures before finishing off the last enemy.

Toss away your Marths, everybody!

With Nurturing Breath, Mila provides basically the same stat spectrum Drive skill functionality as refined Archanean Falchion with an even bigger range: 7 rows and columns around herself. In other words, Mila makes her allies more powerful merely by existing on any Aether Raids map, and this becomes more potent when stacked with other in-combat support skills, including Distant Guard, Drive Atk, Brave Lucina's Geirskögul, male Corrin's Yato, and Peony's Flower of Joy.

As an Offense Mythic unit, Mila's very presence on your Light Offense teams offers a variety of competitive advantages. For instance, when used along with allies conferred with a Light blessing, these allies are granted substantial stat boosts—+5 HP and +5 Def for every Mila copy deployed. The amount of Lift per offense match won also increases considerably depending on the rest of your team setup.

Ultimately, Mila herself is a solid support unit that can fit under most Offense teambuilding constraints due to her Offense Mythic status. For instance, she can easily take Bridal Fjorm's (the previous primary Isolation inducer) place on a Light team without incurring Lift losses or significantly messing up teambuilding synergy.

As a fourth-generation infantry unit, Mila boasts a whopping 172 BST and nice defensive stat distribution as a result, enabling decent survivability should she be forced to engage in combat. Additionally, her infantry status allows for standard two-space movement while also granting access to a number of neat exclusive skills, including Sudden Panic and the Pulse Tie tree.

Having so many great supporting properties unfortunately doesn't leave much room to invest for Mila's combat potential.  While Mila's nice BST and stat distribution makes this conclusion seem inaccurate, she is rather support-focused in the first place—this is made further evident by her base skills and gameplay concept. Ultimately, to improve the potential of Mila's Turnwheel and other skills, Mila must forgo conventional selfish skills such as Distant Counter, Wrath, and many other skills in favor of stat padding. Mila's low Speed inherently offers no favors, giving her near-zero follow-up potential while exposing herself to those made by the enemy.

As a Mythic unit, Mila can only benefit others while absolutely little else for herself. Specifically, she cannot benefit statwise from her own blessings, which doesn't factor favorably in her combat and stat comparisons.

Although Mila can make certain Defense maps trivial in Light Offense, she can be a rather difficult sell compared to the previous two Light Mythics—Eir and Peony—who already offer so much themselves (while being free to all players to boot).

Specifically, Eir already provides excellent utility through her great combat potential, access to Disarm Trap, Sparkling Boost, and various offensive and supportive dagger weapons depending on your needs. Peony having access to a special Dance also makes her difficult to replace on many Light teams. Finally, both are more easily able to snipe certain defensive structures thanks to themselves being ranged attackers while having arguably more useful stat blessings in Speed or Resistance.

Ok, now getting serious, I know Mila was designed to act around her mila's turnwheel C skill, however, I'm not really the kind of person that would have a unit sitting in the back of the team as far from combat as possible if I can avoid it, and also, I must admit her conversation with F'Edelgard made me like her character a lot more compared to the impression she gave me in Shadows of Valentia. As such, I decided to make a build that made her shine a bit by herself.

She is definitely a great defensive unit, and as such, I decided to run her with the dragon wall skill and as much res as possible. This way, we would be able to survive enough hits to allow our unit to use aether to heal up. To charge up quicker our aether, we run warding breath, which in this case allows us to be more protected against both physical and magical attacks. Atk/res menace for the boost in atk and res, that will become handy.

For the seal, we'll run close def 3. THis will allow us to take melee hits like if they were nothing. However, due to the lack of distant counter (you could run lightning breath, but not being able to charge your specials quick is a difficul price to pay). And since we aren't running her prf weapon, due to the support nature it has, we'll run blackfire breath (+res). This one will allow us to debuff the enemy's atk/res -5 and the buffs that the enemy already had are negated at the cost of having to meet a solo requirement (which are quite easy to meet), however, another good weapon would be water breath (+res) since it activates as long as you are iniciated by the enemy, but it only buffs your def/res +4.