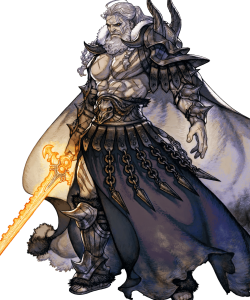 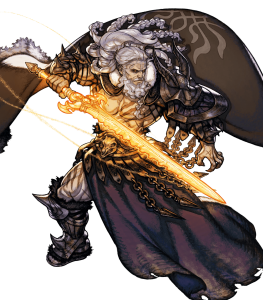 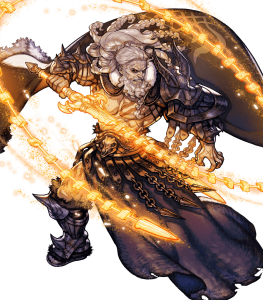 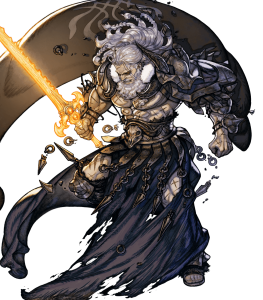 Nemesis's high base stat total is relatively optimized with fantastic base values in his Attack, Defense, and Resistance. This grants him both substantial damage output and raw bulk, both of which only become better with his unique weapon and further skill investment.

Stats built in a weapon have proven to be quite strong and useful for units in the recent past, and Nemesis takes no exception to this as Dark Creator Sword boosts his Attack and Defense quite sizably. Damage reduction against both in-combat and AOE damage is also a strong, desirable trait that Dark Creator Sword offers—albeit with somewhat awkward conditions.

Nemesis's access to the ever-coveted Lull skill line is thanks to his infantry status. Additionally, by fifth-generation infantry standards, he enjoys great Arena scoring and stat distribution thanks to his high base stat total compared to units in other movement types.

Nemesis is freely acquirable through Grand Hero Battles without orbs, and many more merges/copies will be available at your beck and call through Heroic Grails.

Oh boy, where do we start. Nemesis's nefarious take on the Creator Sword certainly doesn't make for a bad weapon, but it could've been much more, too.

Nemesis's underwhelming weapon would be a rather forgivable aspect if he had the statline to overcome it. Unfortunately, poor distribution to Speed is a side effect of Nemesis's otherwise fantastic spread everywhere else, exposing him to double attacks and forcing him to run Quick Riposte for his own follow-ups. One could argue that his Speed isn't even min-maxed either; at a surprisingly borderline value of 23, some of it could have been distributed to other relevant stats.

Slow, defensive sword units are becoming increasingly disadvantageous due to the existence of faster sword infantry with access to inheritable damage reduction skills such as Spurn. In Nemesis's own subcategory, Lif particularly presents some hard competition; he has access to follow-up attacks (without relying on Quick Riposte), self-sufficient Special acceleration, and reliable stat augmentation from his unique skills. Even as far as Arena is concerned, there is a bit of hard competition with Itsuki or Young Marth as both achieve the same BST bin as Nemesis while sporting extremely useful weapon effectiveness against dragons and armors.