Community Posts with Keyword Roderick All 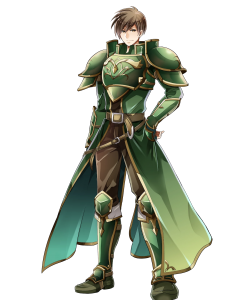 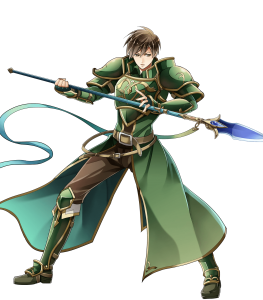 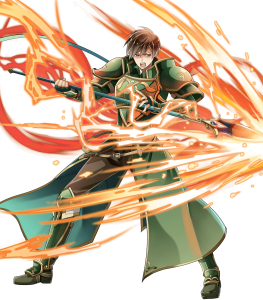 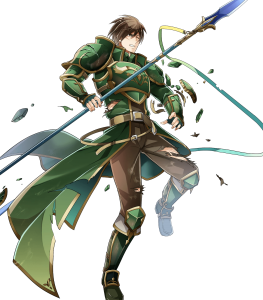 Roderick’s good offensive statline, access to class-exclusive buffs, and exceptional mobility combined with the power of Steady Lance enables him to excel when delegated to the role of an offensive nuke. Since his PRF’s unique weapon refine already grants him a rather substantial boost to his Speed upon initiation, a +ATK IV is ideal to maximize his damage output and let him make greater use of the Heavy Blade seal, but a +SPD IV can still be a decent option if the former is not available.

A budget-friendly set that aims to maximize Roderick’s offensive potential as much as possible with minimal investment. Given that the intended playstyle between this build and the first remain exactly the same, an Asset to either one of his offensive stats is recommended once again, with a +ATK IV being preferred if available.

Passive B: Drag Back / Hit and Run

A member of the 7th platoon and longtime friend to Luke, Roderick: Steady Squire presents himself as a standard offensive lance cavalier, though a pretty good one at that. His offensive statline of 31/34, while perhaps not exceptional in comparison to some of the more newly released heroes, is still decent and allows him to perform respectably well as an offensive frontliner, a strength that is only bolstered further when taking his exceptional mobility and access to class-exclusive buffs into account.

Roderick’s most defining feature, however, is his unique personal weapon, Steady Lance. Proving to be a welcome addition to his kit, Steady Lance retains the counterattack-negating property of his default Firesweep Lance and can be refined even further to grant him a significant +6 Speed boost upon initiating combat. While relatively straightforward, this weapon translates to a considerable improvement to Roderick’s performance in the Player Phase and builds upon his strengths as an offensive cavalier — all the while simultaneously guaranteeing his ability to safely engage in extended rounds of combat by making it so that he rarely (if ever) takes damage.

However, some of Roderick’s issues prior to receiving access to his PRF still remain highly prevalent and detrimental to his overall potential. Most notably, while his status as a cavalry unit is mostly beneficial to him, it also comes attached to several downfalls, such as being unable to benefit from access to powerful skills such as Null Follow-Up or traverse certain terrain; cavalry effective weaponry also present an issue for him, especially given their prominence in certain game modes. Furthermore, his inability to function at all in the Enemy Phase due to Steady Lance’s effect greatly limits his flexibility as a character, restricting him to a singular role unless one takes off his PRF (though that has its own demerits of detracting from his offensive capabilities considerably).

Overall, Roderick’s strong personal weapon in Steady Lance, good offensive statline, and access to cavalry strengths allows him to stand tall amongst his peers and makes him a good choice for any teams looking for an effective offensive cavalier.

Roderick’s unique personal weapon, Steady Lance, enables him to possess relatively good offensive capabilities, negating all enemy counterattacks (provided that they are not equipped with Null C-Disrupt) on top of sporting a built-in Darting Blow effect through its unique refinement option for more reliable follow-up attacks.

Roderick’s reasonable offensive statline of 31/34 allows him to make solid use of his PRF and establish himself as a solid source of damage output when properly invested in and supported.

As a cavalry unit, Roderick benefits from access to class-exclusive buffs and flexible mobility, both of which can prove to be key strengths in bolstering his combat prowess in the Player Phase further.

Roderick suffers from the same weaknesses that plague all other cavalry units, namely limited skill availability, a debilitating weakness to cavalry-effective weaponry (which may be of particularly high prevalence depending on the game mode in which he is deployed), and an inability to traverse certain terrain like trenches and forests.

Although Steady Lance allows Roderick to be quite adept at offensive play, it conversely renders him horribly ineffective at combat in the Enemy Phase and makes him somewhat inflexible as a unit.

he attac but, most importantly, he come bac.

Roderick's Firesweep build ended up being pretty good. Though he's defensively /extremely/ frail, he can reliably OHKO most red or blue units. His high speed makes it rare for him to get doubled in the enemy phase, except for brave weapons, which can be deadly. He does best when paired with a supportive dancer and a strong red unit to chase off greens. Overall, he's a great player phase unit and a Good Boy.

One of my joker unit. Roderick+1 with Boon speed. For this build, he must have boon attack or speed.
With firesweep lance, he doesn't need desesperation to hit 2 Times without be hitting.
With Life and death, he up to 52 attack and 43 speed, hitting 2 Times almost every units, destroying sword users, and The most part of non armored blue unit.. If he can't, drag back put the enemy near of my other unit, of a dancer to finish.
Using with blue mage ( delthea) pr Green (Nino) to take care of armor unit. Very good and underistamated unit.

This is mainly a build for if you get a + atk boon and even negative speed bane. It guarantees two hits and can make massive impact onto whoever you are kiliing. The life and death 3 is to compensate for the lack of speed from brave Lance+ as well as adding dmg. Firesweeplance+ can be used as a budget weapon where life and death give 5 speed to help you double with a still higher attack and still not take a hit. It's an ideal arena set up for a horse emblem team to really deal some crushing damage

A horse emblem team for Roderick. With this build, Roderick becomes the support for your team while also being very good in player phase.

Firesweep Lance has good might and prevents units from countering. So too bad Takumi.

Rally Def/Res can buff 2 skills at once. So your use a tank, next to Roderick. Then use Rally Def/Res if Fortify Cavalry wasn't used. Then your tank will be tankier.

Dragon Fang is mainly used for its easy find. Sophias are common AF and Dragon Fang focuses on more power. Thanks to Firesweep Lance, Dragon Fang does 23 extra damage which is a lot. It'll be 26 with hone Cavalry.

Darting Blow ensures a double (most of the time) and will help kill the majority of red, or blue units.

Escape Route is chosen because if you're like me and literally screws himself over with Drag Back, then Drag Back will probably screw you over more than half the time. So don't use it! Plus Roderick is frail in both res and def so escape route is to literally escape tough situations.

Hone Cavalry will mean he will buff 4 stats at once. Isn't that great? He overthrows Delthea, Eirika, and Epharim for the best buffer award if he uses this on a horse emblem team. No seal required. Great isn't it?

Roderick +SPD and Life and Death 3, have a High stats to make 2 hits almost ever, this build is very powerful but is squish to brave weapons, the drag back skill help with a strategy kill and run, this build is great in horse emblemb because Roderick have a unique skill, to support both RES and DEF, it hone cavalry make the Roderick a greater support too. 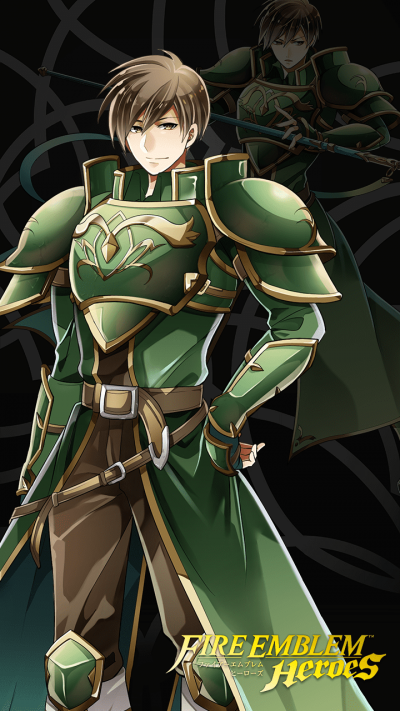 Hall of Forms - PoR (predictions)
PoR announcement should be coming next update! I can’t get too excited personally as I…
So yeah, built my near save Arden
I just went for it. I’m a bit short on grails, unfortunately I foddered off all but…
Advanced tactics for patching a long time issue
I have spent my free forma but I know that you can get another one by using the…
Reginn IV's
So, I’ve had a +Atk IV Reginn for a while now, but today being the last day of the…
The future of hit and run
Hit and run is my favourite strat in AR. The Safety Fence gave a huge boost to the…
Read More