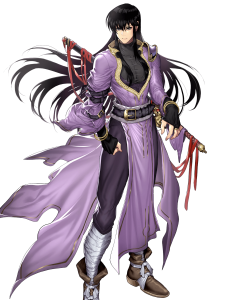 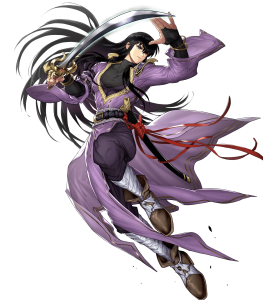 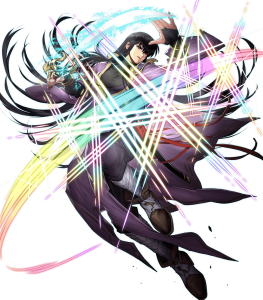 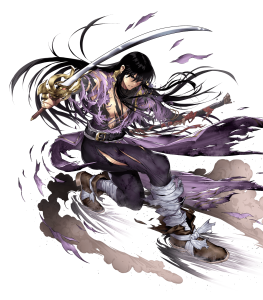 This build aims to optimize Shannan’s performance as a defensive nuke -- a role he can carry out incredibly well thanks to his access to a stellar base Attack stat on top of the various boosts Balmung provides in the Enemy Phase. Accordingly, a +ATK IV is his ideal choice to heighten his raw damage output as much as possible.

While this build once again places an emphasis on Shannan’s performance in the Enemy Phase (similarly to the first), it focuses more on his ability to directly take on sustained offensive pressure through Speed-stacking to fully exploit the effects of skills like Repel and Close Call, as well as consistently avoid enemy follow-up attacks. Thus, a +SPD IV is Shannan’s optimal choice for the purposes of this build.

Shannan’s defining feature is undoubtedly his exclusive weapon, Balmung. In addition to providing an excellent +5 overall stat boost when his foe has full HP at the start of combat or in the Enemy Phase, Balmung possesses the rare ability to negate any penalties affecting Shannan upon fulfilling its conditions -- an effect that proves extremely useful given the increasing commonality of debuffs in enemy team compositions.

Fortunately enough, Shannan can make great use of Balmung’s various effects thanks to his overall solid statline. His offensive stats are quite good (and he even boasts access to a four-point +ATK IV), his physical bulk is phenomenal, and his magical bulk (albeit rather low in comparison to other new entries) is generally sufficient to survive an attack from most green mages.

While he may not necessarily boast as much of the flexibility in playstyle as some of his contemporaries (such as Mareeta and both versions of Byleth), Shannan’s defensive capabilities are some of the strongest around thanks to the combined power of Balmung and his inherently good statline; this allows him to shine when built with such a purpose in mind.

Shannan’s exclusive Special, Imperial Astra, is a formidable offensive Special that allows him to convert his high base Speed into offensive might and comes with a short two-turn Special to boot. While not quite as useful as it once may have been, it remains a noteworthy tool at his disposal nonetheless.

As an infantry unit, Shannan benefits from access to powerful exclusive skills like Repel and Close Call, which he can utilize quite effectively to augment his combat prowess considerably.

Shannan’s base Resistance stat of 18 is absolutely horrendous and causes him to take notable amounts of damage from incoming magical threats, rendering him incapable of handling them should he not be properly equipped to do so.