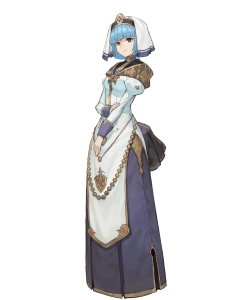 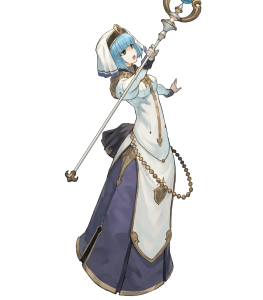 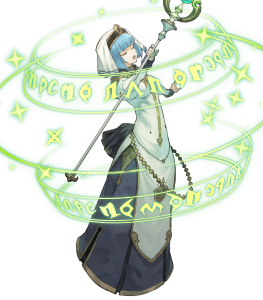 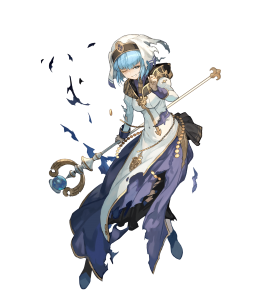 Silque sets herself apart from most other healers by being exceptionally bulky. In fact, her statline is overall extremely reminiscent of Winter Eirika, except Silque is an infantry unit and not an armor unit. This comes with various pros and cons (mostly pros), but clearly sets Silque apart from the majority of other healers, including those who can also be considered decent mixed tanks (such as Azama). Notably, she manages to have 35/31 Defense/Resistance while also having a usable 33 Attack.

Silque also comes with a fantastic base kit: Melancholy is a non-seasonal variant of Witchy Wand, and is easily capable of completely shutting down enemy Specials (this is particularly useful in Aether Raids due to the massive threat that Infantry Pulse-based defense teams can present). Her access to Earthfire Balm+ and Dazzling Staff are also welcome as they make her much easier to invest in. While Silque’s poor Speed limits her overall offensive potential, her fantastic defenses and excellent base kit make her a relatively straightforward unit to make good usage of, regardless of IVs.

With 35/31 Defense/Resistance and a potential +4 in either from an Asset, Silque is a remarkably bulky unit reminiscent of armored units.

Having Melancholy, Earthfire Balm+, and Dazzling Staff all in her base kit means that Silque can contribute a ton of utility to any team with absolutely no investment.

While Silque can compensate for her poor Speed thanks to her strong defenses, the fact remains that her low base Speed of 23 makes it difficult for her to have a strong offensive presence.

While Silque has excellent potential thanks to her strong defenses and workable Attack stat, she needs considerable investment in order to reach her maximum potential, both from team support and skill investment.

Thoughts on this Nils build
@NilsBestBoy wrote: FEH Unit Builder - Nils720×1280 1.13…
Advice on Seth Build
@LeBateauIvre wrote: Screenshot_20200221-233220_Fire…
Some themed Arena teams I found
@nobody625 wrote: The title image750×1334 453 KB Respect…
Deletes my other account
@Erk wrote: Well, today it deletes my first account that I…
A skill for my b!Ike having Lancina as support?
@ThunderTanuk wrote: I got this build for ike Screenshot…
Read More