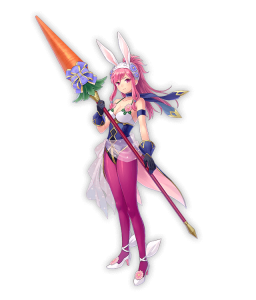 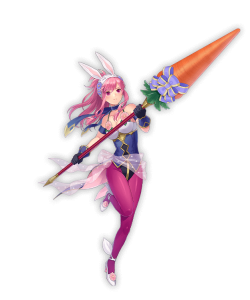 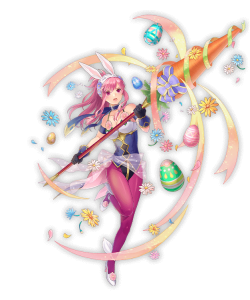 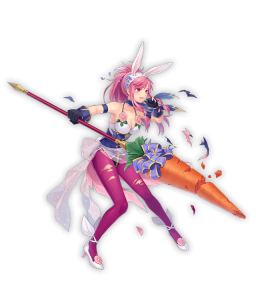 This is a standard Firesweep setup for Spring Marisa. By taking advantage of a Firesweep weapon’s ability to negate enemy counterattacks, Spring Marisa can focus her entire build purely on offense for maximum damage output.

A low cooldown Special like Moonbow works best so that Spring Marisa can activate it frequently for quick damage boosts. Pairing it with either the Heavy Blade or Quickened Pulse Seal will work well, as both can allow her to activate it more frequently. Heavy Blade works best when Spring Marisa has access to buff and/or debuff support from her team, as otherwise her Attack isn’t quite high enough to reliably activate it against high Attack enemies. Otherwise, Quickened Pulse is a consistent option that will give her a stronger first combat.

Atk/Spd Solo is ideal as it gives the most offensive stats with an easy-to-meet condition. However, Life and Death has better availability and is only marginally worse than Atk/Spd Solo due to Firesweep Lance negating enemy counterattacks, thereby removing the vast majority of the risk to Spring Marisa when she attacks. Swift Sparrow gives less offensive stats than Life and Death, but may be worth considering since it doesn’t impact her defenses, allowing her to tank a hit if needed.

Thanks to Spring Marisa’s fantastic Speed (boosted by an offensive A skill), Chill Def is a fantastic choice for increasing her damage output while also providing support for her team. Chill Spd is worth considering if she doesn’t have a +Spd Asset, if debuffing Defense is already covered, or if fighting very high Speed opponents. Another option is Hit and Run, which gives Spring Marisa additional mobility after attacking, which greatly increases her survivability.

Yes, that's right. I am a rabbit. (Offensive Nuke)

Slaying Lance is ideal for this set, as it allows Spring Marisa to consistently activate Moonbow while in Desperation range without having to rely on the Heavy Blade Seal; this is important because it then allows her to use Darting Blow instead, which then allows her to get her Speed high enough that she no longer needs to boost it with her A skill, allowing her to be an excellent user of Sturdy Impact, which not only enhances her combat power, but also greatly increases her survivability outside of Desperation range.

If Sturdy Impact is unavailable, then Spring Marisa has a myriad of other options available to her. Both Harmonic Lance and Flashing Carrot will boost her damage output nicely (Flashing Carrot has the additional benefit of boosting her bulk as well, as long as she’s fighting an opponent at 100% HP). She then has all the standard offensive A skills available to her: Atk/Spd Solo, Swift Sparrow, and Fury. These are then best paired with the Heavy Blade Seal in order to allow Spring Marisa to activate Moonbow in Desperation range.

Outside of utilizing Desperation to safely double without being counterattacked, Spring Marisa can opt to utilize one of the Chill skills to enhance her combat performance while also supporting her team. If not using Desperation, then Spring Marisa has no need for the Heavy Blade Seal (unless wanting to use a higher cooldown Special for increased damage, like Luna).

Marisa has finally gotten an alt! Instead of being an outclassed infantry sword unit, she is now arguably an outclassed lance flier unit. Spring Marisa has a statline that is very comparable to a significant number of lance fliers like Cordelia, Tana, Shigure, etc.; with no unique characteristics setting her apart (aside from getting +4 to Speed instead of +3 with an Asset), the only reason to consider pulling for Spring Marisa is because it’s Marisa.

Unfortunately, her problems don’t end there. Despite her stellar Speed stat, Spring Marisa is arguably outclassed by other lance fliers with unique weapons like Catria, Est, and Shanna. Spring Marisa’s superior statline doesn’t give her enough benefit to make up for the significantly improved availability of those units, as she is a limited seasonal unit while they are available for summon at 3 or 4 stars.

Ultimately, while Spring Marisa is sadly a bit outclassed and generic, she is still a capable unit in her own right. Her strong Speed stat and respectable bulk make her fully capable of carrying her weight in a team.

While admittedly a bit generic for an offensive unit, Spring Marisa’s 33/38 offensive spread is still solid, particularly considering that she can get +4 instead of +3 with an Asset in Speed.

While Spring Marisa isn’t exactly a tank, she has enough bulk that she’s unlikely to get KO’d from a single counterattack against most non-green enemies; this is improved by either utilizing a Firesweep Lance to negate counterattacks entirely or by having a refined weapon granting additional HP.

Spring Marisa’s status as a flier means that she has fantastic mobility and access to unique buffs and skills. Having Flier Guidance in her base kit helps supplement this fact.

It’s hard to mention Spring Marisa without also pointing out that not only is she arguably a bit outclassed by other lance fliers with unique weapons, but she also faces heavy competition within her own archetype due to the number of similar units available.

As a limited seasonal unit, Spring Marisa is difficult to obtain multiple copies of for merging or obtaining ideal IVs.

Are their flying lance units with PRFs that ride flying motorcycle horses? Sure. Can any of them run this build? I guess. Will any of them be as cute as Marisa? Absolutely not.

Despite having a +6 Spring Marisa, +Def is the best boon I can pull. Obviously, +atk / +spd will do you better here.

With Lofty Blossoms being easily obtained via Compiling, this build aims to capitalize on Marisa's great stat spread to turn her into a flying sweeper. It's really straight forward -> point her at things you don't want to be there, have her attack, and as long as they're not green and/or can target her res, they will likely not be there.

One added bonus with Marisa is that she can run Panic Ploy like a champ with 51 HP... and 80 physical bulk with LND4 is nothing to sneeze at.