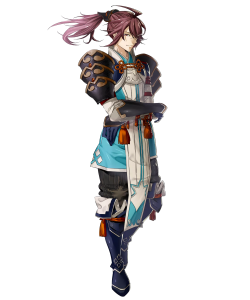 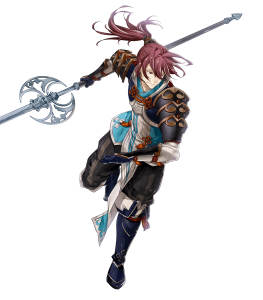 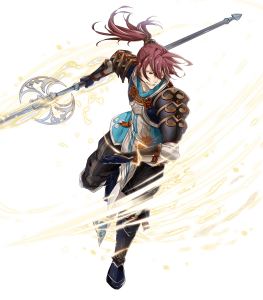 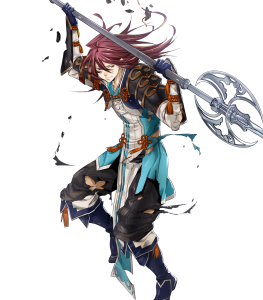 Despite Subaki’s claims of perfection, he was one of the most underwhelming Lance Fliers in all of Fire Emblem Heroes for most of the game’s history, due to lacking any noteworthy attributes to set him apart beyond his bizarre statline. However, the weapon refinery granted Subaki a saving grace in the form of the Golden Naginata, which grants him a +3 bonus to all of his stats as long as his Attack is lower than that of his foe’s, In addition to the Slaying effect. It can also be refined to grant Subaki additional stats, or a Special ability that grants him an additional +7 damage as long as his HP remains above or equal to 70%.

This weapon greatly increases Subaki’s damage output in spite of his terrible Attack, and as long as one plays to its strengths, Subaki can perform well in both an Offensive and Defensive role. Subaki’s main flaw is his lackluster Resistance, which leaves him weak to any source of magical damage without investment in the stat. Subaki’s status as a flier is also a mixed blessing, as while it grants him the ability to move past any terrain and access to flier exclusive skills, it also grants him a crippling weakness to Bow users in addition to denying him access to skills such as Time’s Pulse and Wrath.

Overall, Subaki’s weapon refine greatly improves his viability, and while it’s not enough to make Subaki stand out among the bloated lance flier group, he’s at least able to perform up to par with other lance fliers such as Thea and Shigure.

The Golden Naginata is a fantastic weapon, granting Subaki a +3 bonus to all of his stats as long as his Attack is lower than his foe’s, in addition to the Slaying effect and a +7 Damage bonus as long as his HP is equal to or above 70%, greatly improving Subaki’s previously nonexistent damage output.

Subaki’s Speed and Defense are both excellent at base 35, making him fairly adept at performing and avoiding follow-up attacks while also allowing him to tank physical damage easily.

Subaki’s poor base 22 Resistance leaves him easily KO’d by any form of magical damage, making him easy prey for Mages, Dragons, and Staff users alike.

While the Golden Naginata improves Subaki’s damage output greatly, his awful base Attack ensures that he will struggle to do damage without all of his weapon’s effects active. His low Attack also leaves him unable to use any other weapons effectively, as his damage output is completely reliant on special activations without the Golden Naginata, and an Attack asset does little to change this.

Golden Naginata (+Eff) significantly boosts his attack stat. With his high defense stat, Bonfire adds a good amount of damage to his attacks.

Reposition, or his native Swap works well to help move units around the map.

Steady Posture boosts speed and defense when the opponent initiates combat. This brings his Spd/Def to 39/42, which allows him to double most opponents, helping charge Bonfire.

Guard 3 helps to deny the opponent's specials from activating, a very helpful thing to have on a tank, I find.

Depending on team composition, I like to use either Goad/Ward Fliers or one of the Drive skills as his C slot.

Iote's Shield protects him from archers and his high defense lets him take little to no damage from most archers.

With a defense boon and defense refine, Subaki reaches a staggering 42 defense. His HP is also very good for a flier, so with those traits alone he'd be a flying physical wall comparable to Beruka. But he has one winning aspect over her. His impressive 35 base speed.
With a speed tier like that, Subaki negates MANY doubles (With minimal support) from high threat reds like Mia and Ayra, and still take next to no damage if any at all.

For this build we're emphasizing his physical walling prowess, longevity, and semi-unique ability to function equally well in both phases.

For the weapon, Slaying lance is chosen to make proccing specials faster, which is helpful with that monster Ignis he packs.

Swap comes default with Subaki and is great for putting him between threats and allies.

For A skill, since we want to keep him from being locked to one phase, Brazen Atk/Def is chosen for improving his admittedly lacking attack, and further bolstering his impressive defense. A single stat boosting A skill can also be used if you want. Fury however isn&#039;t advised as making a wall unit that constantly loses HP screws them over pretty hard.

For B Renewal is chosen as it's one of the few B skills that directly benefits pure bulk sets, naturally granting healing without a healer. Guard is also an option if you wish to prevent specials from just ripping through him.

On C Hone Fliers is used to grant offense to his team, since he already doesn't really gain as much benefit himself from trying too hard trying to fix that attack, but if you have another ally with Hone he's a good option to have as the second unit with it. He also can work well on mixed teams using Guidance and Tactics.

For the Seal he uses Iotes to keep archers from denting him, leaving his only weakness as magic. Although Guidance and tactics seals are also good if you want to go mixed teams.

All in all Subaki makes for a great physical wall on flier teams that is often overlooked due to his wet noodle attack stat and value as Quick Riposte fodder.

Use Subaki and I promise you'll be surprised.

My personal Subaki build that also functions as a mixed tank... kinda.
You see, his combination of speed and res makes it so that he lives a good percentage of mages (he still dies to a lot of green mages tho).

Wep- Simple. The slaying effect is useful because his Ignis is his only way of dealing significant damage. Refine boosts Ignis damage.
Assist- Draw Back, cause I like using it on fliers for some reason. Just use Reposition, to be honest.
Special- Ignis for big damage, because he rarely deals any.
A- This skill may be kind of awkward, but it makes sense. The attack drop is negligible because his attack is already so low. In return, he tanks many dragons and whatever armor unit is thrown at him. Handful of mages too.
B- Guard is to protect him from Black Lunas, from Aethers, and whatever other specials you can think of. Unfortunately, he'll be able to take enough damage to get out of range, but this is enough to block big threats from charging specials, while also charging your own frim every little *dink* you take.
C- Honestly, I use Goad Fliers cause I don't have any Hone Fliers fodder. I do have to say that Atk Smoke and Spd Smoke work well if you don't use him in non flier teams.
Seal- Simple. Archers (even though he can tank them easily) can still kill him with their cute Brave Bow sets. Without this, he will simply crumble against any L!Lyns, and L!Alm will still manage to deal a semblance of damage to him, even without it, but at least he won't get one-shot.

Juice his defenses up with buffers, and slow enemies down so that he can put his speed to use.

Tannenboom makes him a quick tank who excels in defence. Qr is there as while he is not in brazen range he cannot reliable double but the moment he hits 80% hp he has 52/44/41/21 stat spread on initiation. He is normally ran in a flier emblem setting where he shines. This build is high investment but i like the unit.

The Iote's Shield SS frees up Subaki's A slot and makes him truly the tank of the flier emblem team, a boost that the team desperately needed. His A slot is free of use and could mean running something like Distant Counter to stop ranged heroes in their tracks, but be forewarned about his low res, as green mages will waste him with little effort. 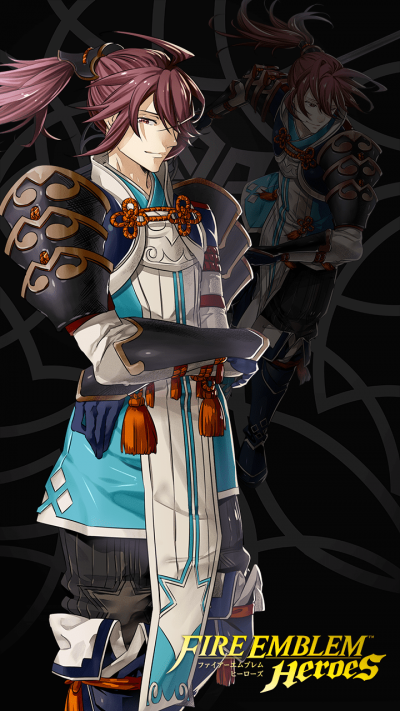