Community Posts with Keyword Thrasir All 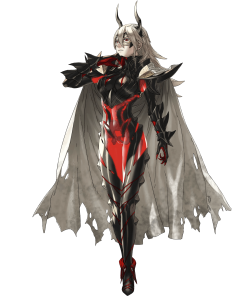 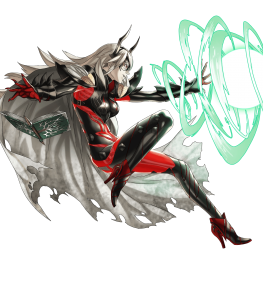 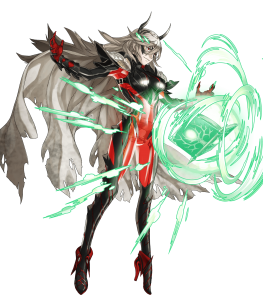 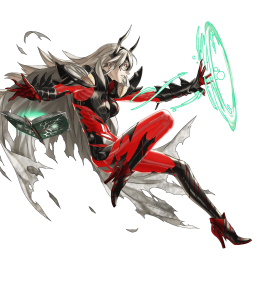 Thrasir’s exceptional offensive statline, in conjunction with the aggressive nature of her two exclusive skills, allows her to shine on the frontline as a powerful Player Phase nuke; improving either one of her offensive stats is thusly ideal to build upon her astounding offensive capabilities. Also, it’s worth noting that although alterations can always be made, much of this build consists of Thrasir’s base kit as it is already quite effective, meaning that she can simply be left in her present condition if aiming to invest as minimally as possible.

As an Anima Mythical Hero, Thrasir naturally finds her place in Aether Raids Defense team compositions. This is an alternative set that aims to optimize her performance for such a setting, specifically Infantry Pulse setups where she fits in perfectly thanks to her status as an infantry mage; when assembled correctly, these teams can prove to be some of the most challenging to face without the necessary tools. However, since her intended playstyle within such compositions remains entirely offensive, an Asset to either one of her offensive stats is recommended once again to maximize her combat prowess.

An enemy general with a strangely familiar appearance, Thrasir: Omnicidal Witch makes a surprise debut as the game’s second Anima Mythical Hero, possessing an assortment of valuable strengths that undoubtedly make her one of the strongest mages around. Her statline alone is impressive; a 33/39 offensive statline and access to a four-point Speed Asset make her well adept at dealing damage, and her overall bulk is generally decent enough to withstand a single hit from an opposing foe.

Her tome, Ífingr, further solidifies her position, granting her dragon effectiveness, a substantial +4 in-combat boost to all of her stats, and nullification of skills that ensure her opponent’s follow-up attack when within three spaces of an ally. Each effect individually is quite solid, but incorporating them all into a single weapon allows Thrasir to boast combat prowess that is both widely applicable and fearsome; it does apply a debuff on the nearest ally after combat, but this can generally be maneuvered around with smart play. Furthermore, the fact that Ífingr’s applications are not restricted to a specific phase enables the Omnicidal Witch to be quite flexible (arguably more so than many of her contemporaries), as she can maintain a reasonable offensive presence in the Enemy Phase when necessary.

Her exclusive B slot skill, Killing Intent, only adds onto Thrasir’s devastating potential in the Player Phase, providing increased damage output and a built-in Desperation effect against weakened opponents. When set up properly (which is fairly simple to do), this skill combined with all her aforementioned attributes makes Thrasir a phenomenal and consistent source of damage output who cannot easily be stopped.

This is not to mention her merits as one of the only defensive Mythical Heroes released thus far with the means of actually excelling in the mode they were designed for: Aether Raids Defense. In addition to providing various stat boosts to allies equipped with the corresponding Blessing during Anima season, Thrasir’s sheer offensive power and status as an infantry mage enable her to fit right at home in numerous defense team compositions, though none more notably than Infantry Pulse setups that revolve around instant Special activations. However, while Thrasir outstrips many other units when it comes to Player Phase capabilities, her performance in the Enemy Phase does leave much to be desired, though Ífingr’s flexible activation requirement does mediate this to an extent.

Overall, Thrasir: Omnicidal Witch is a remarkable offensive unit whose distinct strengths set her apart from many of her direct competitors and allow her to make for an excellent finishing touch to one’s Aether Raids Defense team -- just don’t question why most of her body is made of jelly.

Thrasir’s unique personal weapon, Ífingr, pairs quite nicely with her offensively oriented playstyle, and enables her to establish a formidable presence in the Player Phase without being overly reliant on support to function properly. While certainly something to consider, the -4 debuff it applies on all the stats of the nearest ally after combat will generally prove relatively straightforward to work around.

Supplying her with a significant boost to her follow-up and damage potential as well as a Desperation effect against weakened opponents, Killing Intent comprises much of Thrasir’s Player Phase prowess and lets her easily tear through enemy defenses -- all while potentially remaining entirely unscathed.

Thrasir’s standout offensive statline of 33/39 allows her to make wonderful use of her PRF skills’ primarily aggressive playstyle and distinguish herself as a terrifying offensive force. Her Speed is especially noteworthy as it can be raised from an already strong base value of 39 to an exceptional 43 thanks to her four-point Asset in the stat.

Thrasir’s status as an infantry unit allows her to benefit from the support of numerous powerful skills like Infantry Pulse, heightening her overall potential considerably when utilized properly.

As a Mythical Hero, Thrasir can grant special stat boosts (+5 HP and +5 Defense) to any ally equipped with an Anima Blessing in Aether Raids and can decrease one’s potential Lift loss substantially, making her a worthwhile option for those concerned with their Defense team’s performance.

Thrasir’s overspecialization in maximizing her combat prowess in the Player Phase renders her performance in the Enemy Phase to pale in comparison, making any investment toward improving her defensive capabilities rather futile.