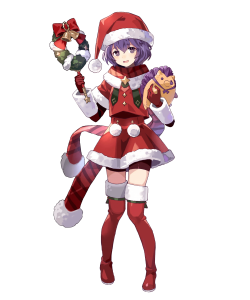 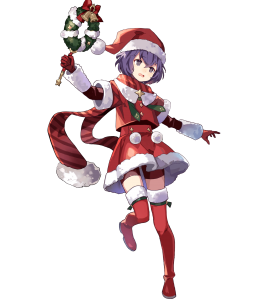 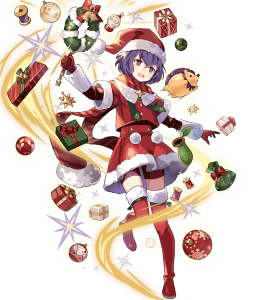 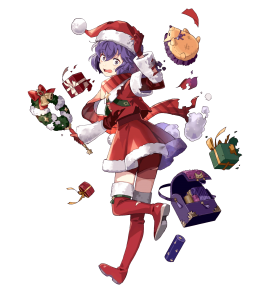 Bernadetta’s exclusive weapon sets up it’s own effects thanks to its self damage, giving her a large offensive boost in addition to damage reduction against the foe’s first attack for no effort on Bernadetta’s part, aside from the incredibly harsh requirement of having an ally next to her. Hrist’s 1 damage inflicted to allies also allows her to support allies with similar weapon effects, such as her normal counterpart’s Persecution Bow.

Bernadetta’s fantastic 40 base Speed and decent base 36 Attack give her a great foundation for dealing damage and performing follow-up Attacks.

Bernadetta’s status as a ranged cavalier gives her a massive attack radius, and she also gains access to powerful class exclusive buffs such as Goad Cavalry, although she will only benefit from these heavily in a cavalry centric team.

Bernadetta’s base 19 Defense and 23 Resistance leave her ill-suited to taking more than one hit regardless of the source, and even with the damage reduction provided by her exclusive weapon she can end up KO’d in a single blow by both effective damage and heavy hitting red foes such as Bridal Micaiah and Seliph.

Bernadetta benefits from her status as a cavalier overall, but it comes with it’s fair share of weaknesses. Namely, a weakness to effective weaponry and terrain penalties when faced with trenches and forests.