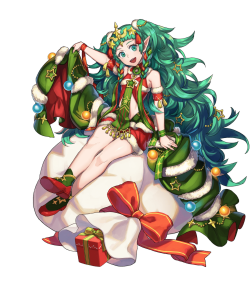 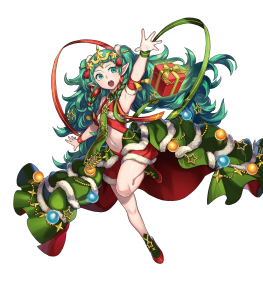 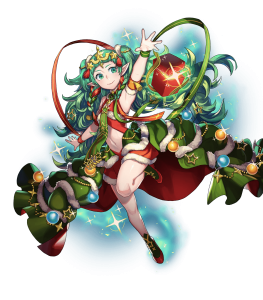 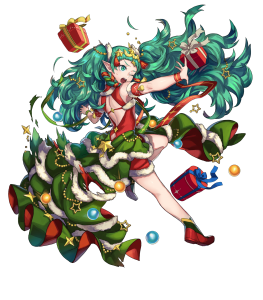 Winter Sothis has high stats across the board thanks to her incredible 185 BST, with her weakest stat being a still workable base 30 Defense. Her high stats also make nearly any asset/flaw combination viable on her, and even -ATK gets patched up by her exclusive weapon.

Sothis’s Snow’s Grace is an amazing weapon, granting Sothis a +5 bonus to all of her stats during combat as long as her HP is above 50% in addition to granting her immunity to dragon effective damage.

Winter Sothis benefits greatly from being an Armored unit, as it gives her increased BST in addition to powerful armor exclusive skills such as Special Fighter.

Want all stats in mid 40s? Well, what about all stats above 50? (When above 50% health) Well, now you can with winter Sothis. Everythings here except for distant counter.

(Needs def asset and possibly a merge depending on assets)

"Hey, isn't that just her base kit?"
Yes, and it is glorious.
Winter Sothis' whole shtick is that she wants to stay high health and repeatedly destroy everything against her, and her base kit does it well.
Having a bane in Speed may seem weird, but because her speed is already ridiculous, at some point it becomes too much, and although Sirius wants more of it, your other stats are just more important.
You want more bulk to survive better, you want more attack to deal more damage, and your HP is your life line.
Distant Counter is essential, and Special Fighter is designed to help Sirius activate as often as possible.
Threaten Atk/Res is good for weakening threats so you can swoop in and teach em a lesson.
Armored Boots is amazing for Sothis because instead of needing another armored unit around, you can just run around at max HP, destroying everyone around you.
The point of this build is to use Sirius to stay high HP while moving around with your armored boots. Completely self sustainable. Take advantage of support skills like Robin's Tactical Bolt refine and other skills and you've got yourself a monster.

The build is pretty self explanatory. Keep her weapon, her special, and her A and B slots. Sothis is pretty well perfect as is, but in order to make her a one unit wrecking machine, give her Armour March to give her that extra mobility; you could give her pivot for an assist, but I find swap to be the best for her. Finally, steady stance in the S slot so that she can be a compete tank. Any stat would be a good increase for the boon, but the speed boon is of the greatest advantage for a few reasons: 1)It increases the damage of her special, therefore increasing her overall power 2)This bumps her up to 52 spd without merges, dragonflowers, or any other assistance. Good luck trying to stop her from doubling and destroying you!

This build focuses on making Winter Sothis both defensive in Res and Def without too much drawback while supporting armor teams. The bulkier side of things because Sothis can retain decently high speeds while being tanky enough to bulk hits The C slot can also be of your choice as well. The Seal spot needs a Hp/Atk 2 to utilize her weapon while retaining good enough attack to deal damage.
For Stats:
41 HP Bane
51 ATK
41 SPD
33 DEF Boon
35 RES