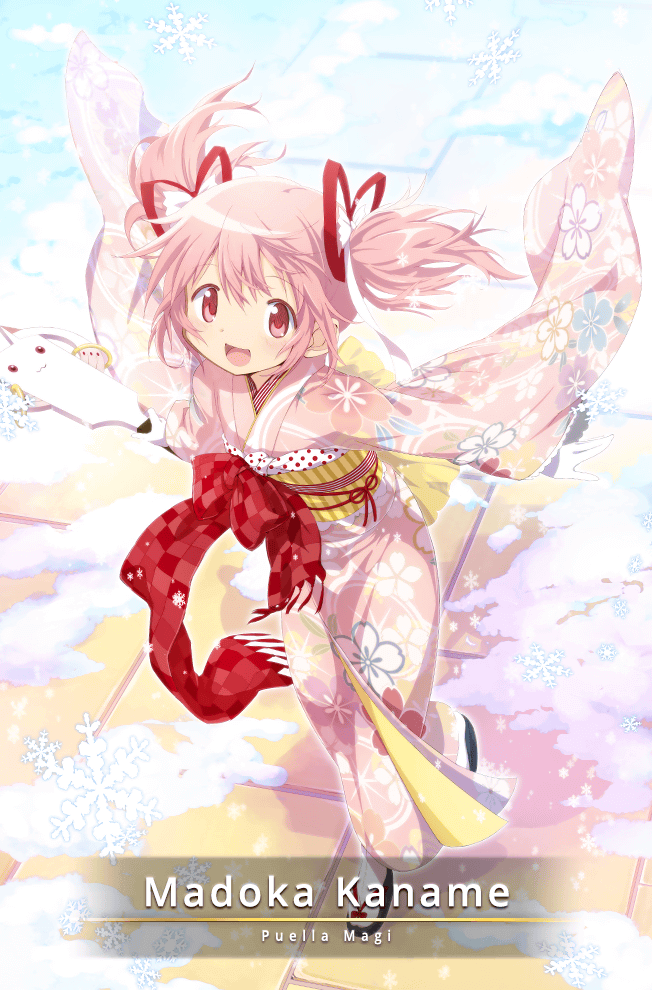 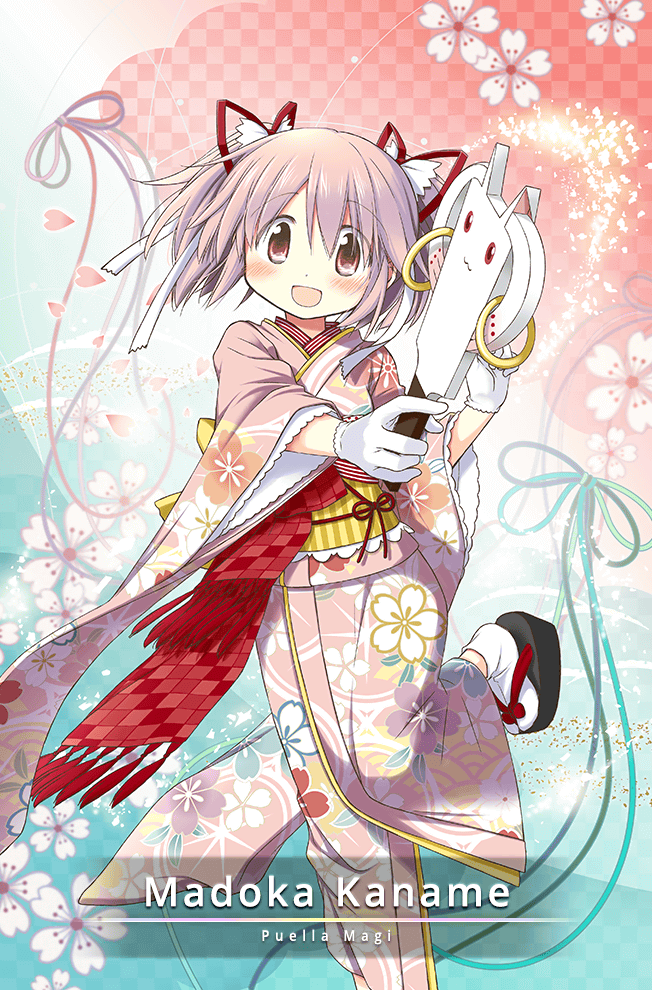 A Magical Girl who goes to school in Mitakihara City. The power from her wish has infused her kimono, and now she can battle while wearing it. Her weapon is now a hagoita, good for both close and long range attacks. Look closely at her hagoita and you may see someone you recognize... 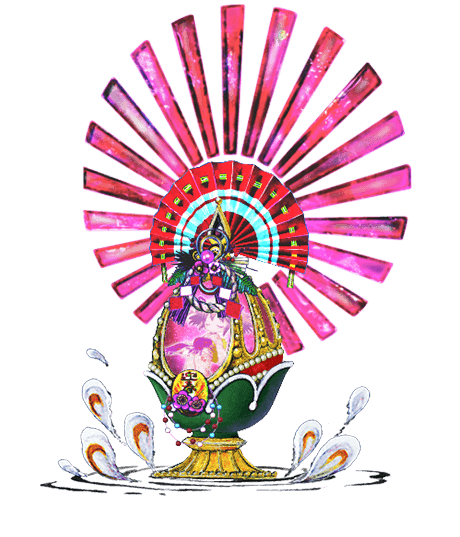 Damage ALL Enemies
Doppel: Deals 902% damage to all enemies.
Blind ALL
Blind all enemies (1 turns). Blinded Enemies have a 35% chance to miss and take increased damage from element they're weak against.
Resist ALL
Buffs all allies Debuff Resist by 70% (1 turns).
MP Restore
Restore 46.5% MP.
Draft & Supervision: Idea/Supervision: Gekidan InuCurry (Doroinu)
Doppel Detail (May Contain Spoiler)
The master of this emotion is filled with aspirations for the new year from inside her Doppel, which gathers all wishes for the year the moment if manifests and bestows them upon its enemy in the form of blessings of mercy. Any and all life that has thrived on this earth over the millennia of its existence are sure to be equally condensed and crushed by the enormity of this fleeting creature's wish. 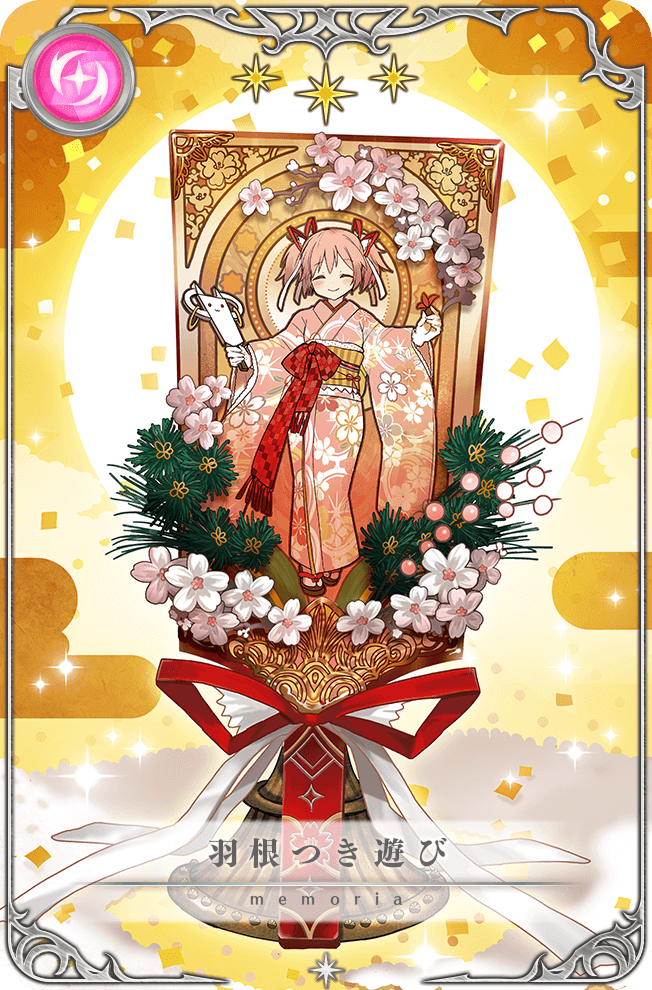 Madoka (Kimono ver) has MP restore to self, damages all enemies, and also is guaranteed to inflict darkness when she's awakened to 5 stars. While you won't be able to cheese it as effectively as two Madokas, the MP restore to self combined with two Accele discs will help her spam her own magia repeatedly while the status effect will keep your enemies from landing their hits.

Since she's an attack type, she trades off a fair bit of her original defensive stats in favor of attack stats. She's not quite as sturdy as her vanilla counterpart despite the relatively high HP she retains, so keep this in mind when building teams around her otherwise you may find her dying a little faster than her teammates when you're up against tougher boss fights.

Madoka's connect will increase attack and recover your unit's health, possibly keeping them around long enough for another turn.

While her defense isn't quite as good due to her Attack type, her increased attack stats will more than make up for this especially in Mirrors. Her HP is still quite high, so Madoka (Kimono ver) can flex somewhat as an off-tank while still dealing a good amount of damage on her own. Still, it's probably best if you take advantage of her two blast discs to inflict damage rather than have her tank and die off on the first turn or so.

"Paradise" will boost the effectiveness of both her blast discs and accele discs.

"Midsummer Beach" will boost both her attack and her MP gaining abilities. 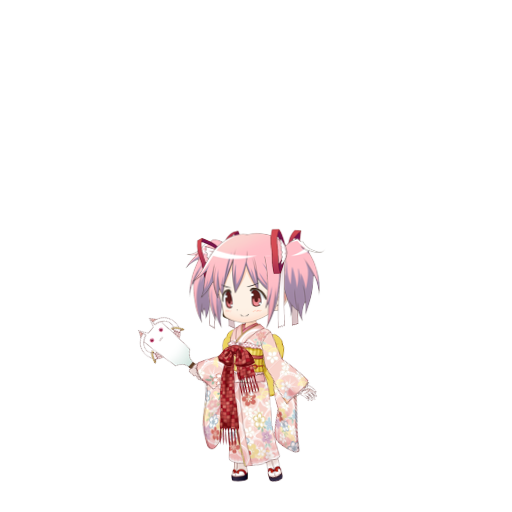 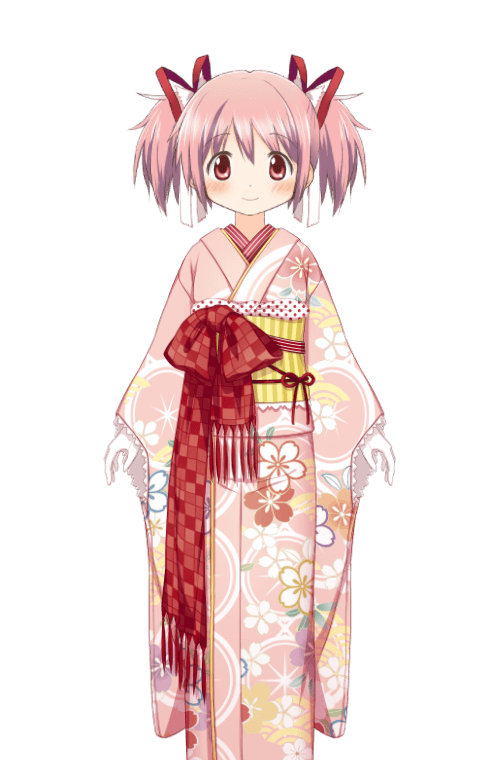