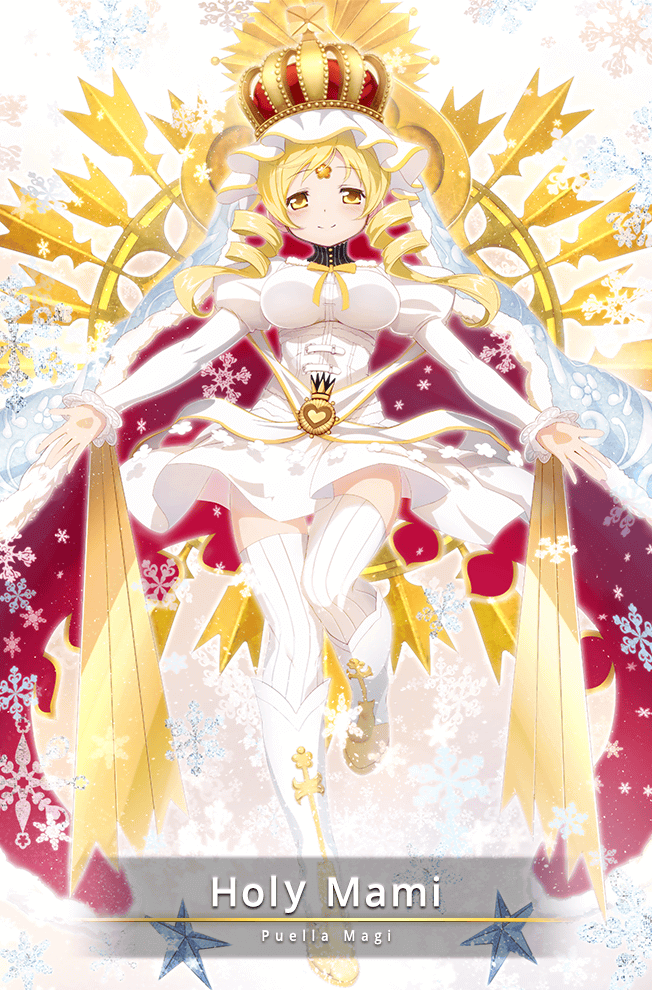 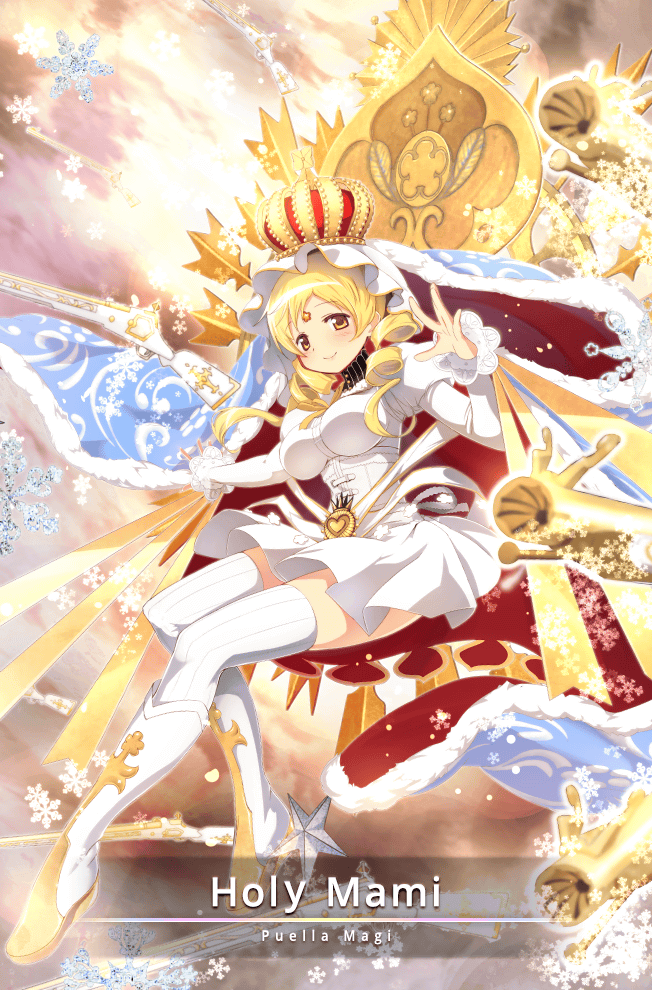 A Magical Girl from Mitakihara, and a mentor to Madoka and her friends. Though she was once proud of hunting Witches and saving people, she has relocated to Kamihama, where she works to lead Magical Girls to their liberation. 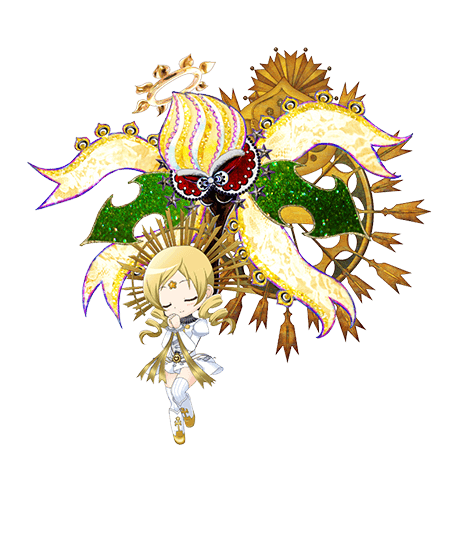 Damage ALL Enemies (Status Ailments Bonus)
Doppel: Deals 831% damage to all enemies, +80% extra damage against enemies with Status Ailments.
Draft & Supervision: Idea/Supervision: Gekidan InuCurry (Doroinu)
Doppel Detail (May Contain Spoiler)
The master of this emotion has accepted salvation in a moment of despair on the darkest of nights. As a result, she was miraculously given the strength to overcome the fear and anxiety that she once had. Due to the mental state of its master, this pitiful Doppel's appearance has changed, leading it to believe it can be a savior. Tiro Saint Doppelion is a symbol that represents a new hope for all girls in despair. 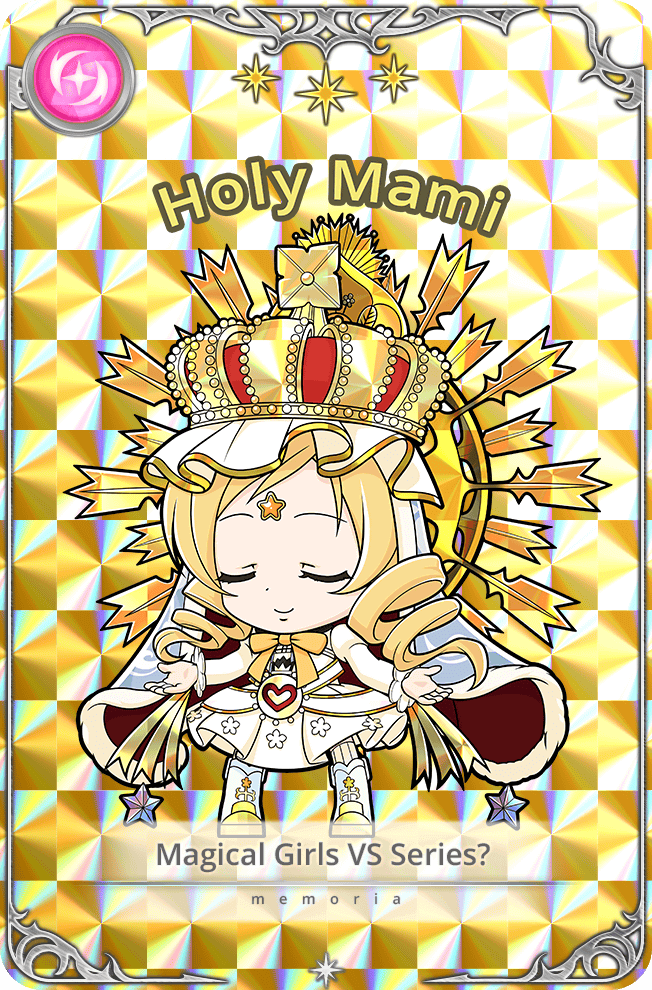 Burn ALL
47.5% chance to apply Burn to all enemies (1 turn). Burned enemies takes 10% damage per turn and take increased damage from element they're weak against.

Holy Mami and her connect are geared very much towards status effects. Her connect increases damage on enemies inflicted with status effects, and helps you with that by also granting you the chance to inflict fog on  attack. Her connect will also increase your attack and removes status effects from her allies, so it's not entirely useless either.

There are multiple memoria that can be equipped to counteract status effects and most PvE bosses will be immune to at least one status effect, rendering Holy Mami less effective since she relies on status effects to increase her damage.

Her magia does only one thing, which is strengthened damage to enemies with status effects. Although it does damage all targets, the lack of secondary effects makes it very weak compared to other units, especially vanilla Mami.

Holy Mami's stats are comparable to Alina's, but with better defense and HP at the cost of less attack. Her disc set is better than her vanilla counterpart, trading the second Accele disc for a second Blast disc instead.

Her grass element will also be an asset against the numerous water units in Mirrors.

While her grass element will be an advantage against the numerous water units in Mirrors, your best bet is to pair her off with other magical girls who also focus on status effects, preferably multiple effects at once such as:

Going Out in a Kimono 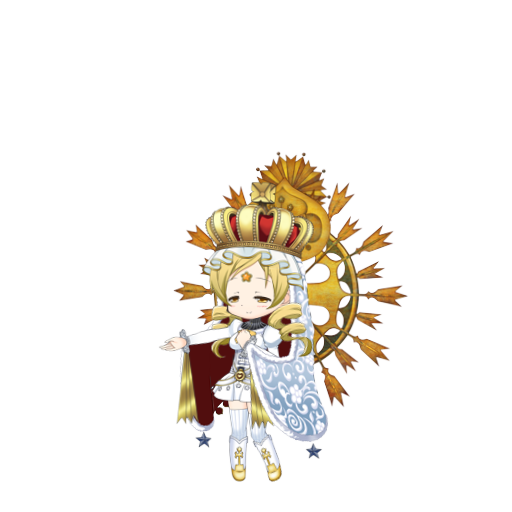 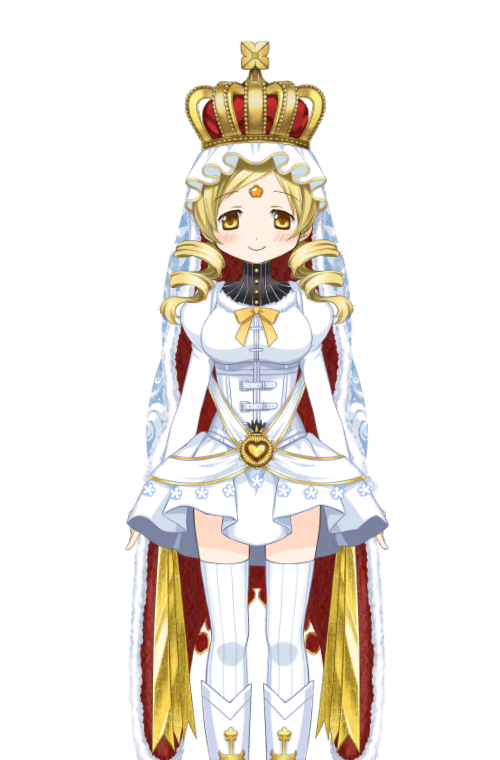 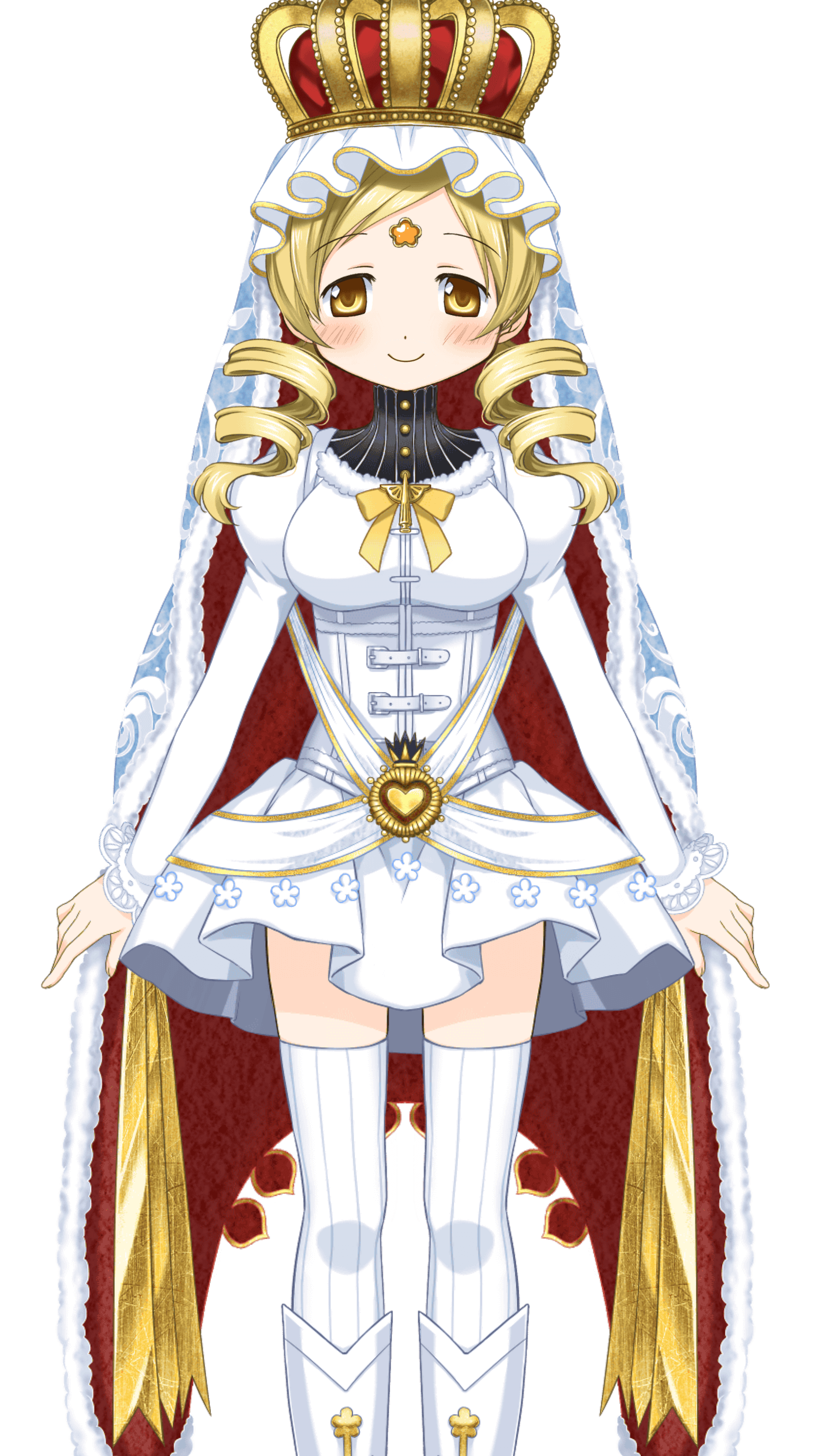