Should You Summon: Gala Elisanne Edition 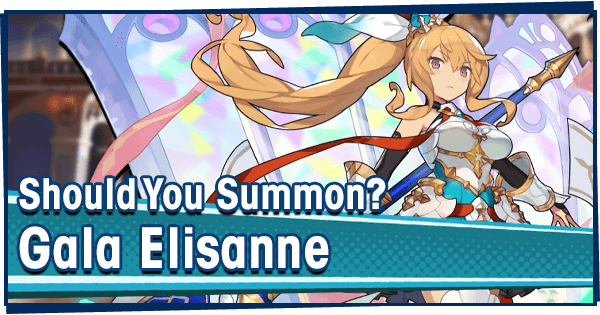 Should You Summon: Gala Elisanne Edition

Hey guys, I’m back! Elisanne came back from her Super Paladyn training and managed to exorcise most of the, er, things that were causing all the troubles. Which is good news, because it’s time for another Gala Dragalia!

I’m glad Elisanne is here, better than ever, even if we did have to literally tie Chelsea down to keep her from going berserk. Sheesh, it’s not like Luca even actually cares. 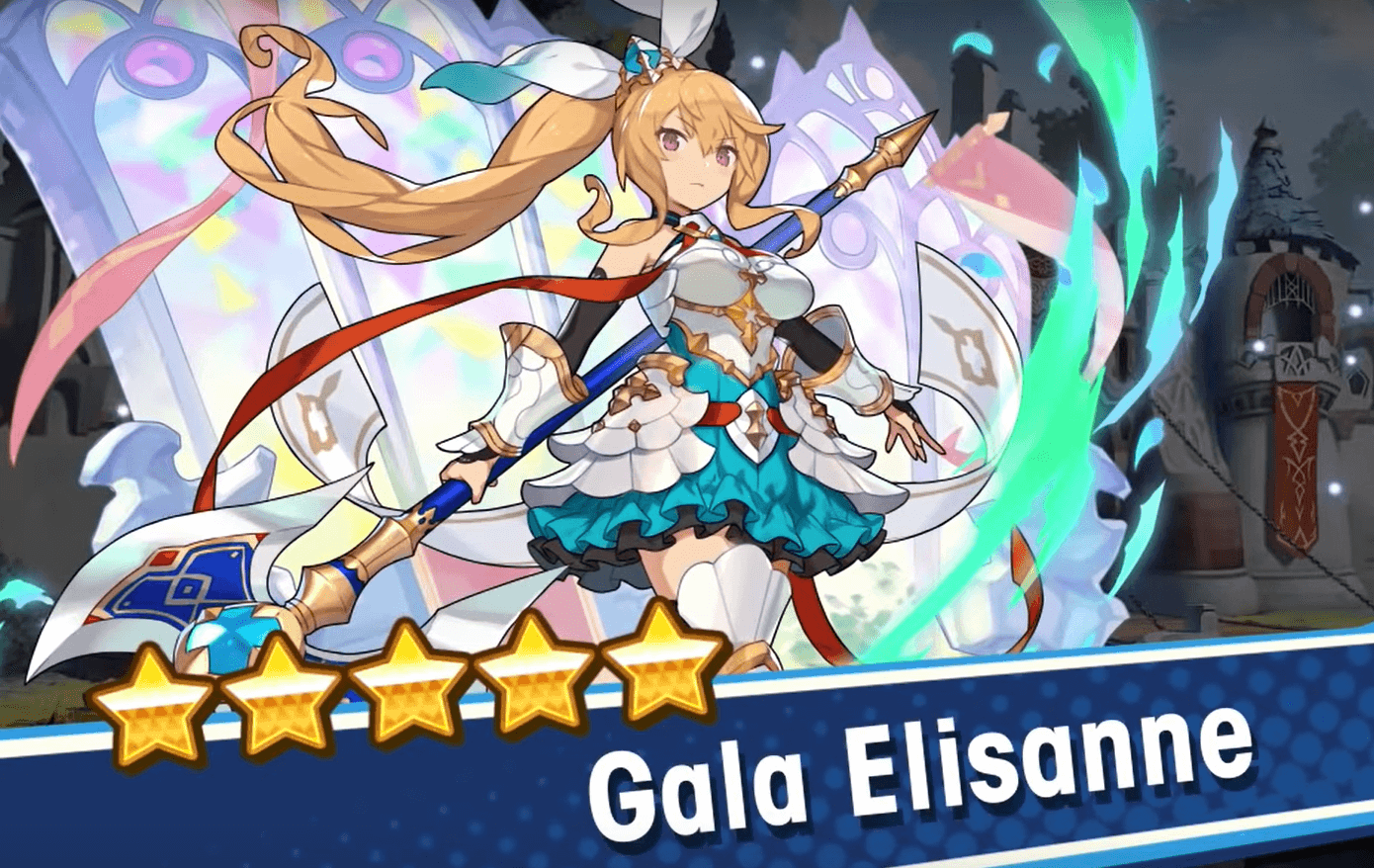 Let us all be thankful for generous buffs.

Thank you for coming to my TED talk.

Alright, alright, I know you expect more than that. To elucidate...

While at first glance Gala Elisanne looks to be the most busted thing since Gleo, a more careful look will show that she’s simply strong but not broken thanks to a number of factors, which we’ll dive into.

First off, Gala Elisanne does indeed offer that juicy 30% Water Strength buff a la Noelle or Emma. However, upon closer inspection, you’ll see that Holy Accord costs about 500 more SP than OG Elisanne's Brave Bastion. This means that it will take Elisanne just that much longer to get to her S1, especially considering Axe SP gains. We’ll talk more about weapon types later, but for now know that the increased SP costs mean that Elisanne will have a harder time keeping her buff active, especially without a Buff Time passive. She can make up for this a bit with Wyrmprints like Beach Battle, but she can’t quite reach the levels that her original version can. Still, her buff is 50% more potent than her base form's which helps ease the wait between uptime.

Next, Gala Elisanne’s S2. Its effects are considerable, with a wall of text that would make even Fjorm proud back in FEH. Unfortunately, Celestial Ascent has an absolutely massive SP cost, and slowly fills over time. Thankfully it’s not nearly as bad as Gala Euden’s S2, and you can reliably get off Elisanne’s S2 after about 30 seconds (with H!Maritimus). Celestial Ascent does respectable damage, though less than expected from such a low uptime skill. It does, however, offer 25% Flame Res and a 20% HP shield which does make the large charge time worth it to a degree.

Now let’s talk about Axes. There are some upsides and downsides to Gala Elisanne wielding an Axe. A huge upside is that it’s a sidegrade to a Lance’s co-ability. Most mHBH/eHBH groups are going to need that extra survivability for the opening blast, assuming G!Elisanne is replacing OG Elisanne as the buffer. Which leads into the second point about Axes. Unlike Wands and Lances, you will be in baiting range, up close and personal. That means that your movement patterns will be radically different from someone hanging back. You might not be taking over baiting duties from S!Celliera or Orsem, but it does mean you’ll have to adjust to shorter DPS windows as you dodge breaths, volcanoes, and Hellfires that you could have kept attacking through with Lance range. Axes SP gains are also much slower compared to other weapons. Their swing speed is sluggish and their SP gains don't spike for finishing a combo, which can be jarring if you're not accustomed to them.

All in all, Gala Elisanne is an exciting and powerful buffer option. She could potentially be used as a replacement for her earlier incarnation, but she could also be a supplement, only time will tell. Still, buffers like this have consistently proven to be powerful enough that summoning for Gala Elisanne is highly recommended.

The Real Final Verdict: Yes. Gala Elisanne is a powerful option, but not the second coming of Gleo.

Yep, it’s good to be back with everyone at the castle. Cleo’s gotten everything tidied up after my, er, incident, and everything’s back to normal! Cleo really is the best, and don’t you forget it! 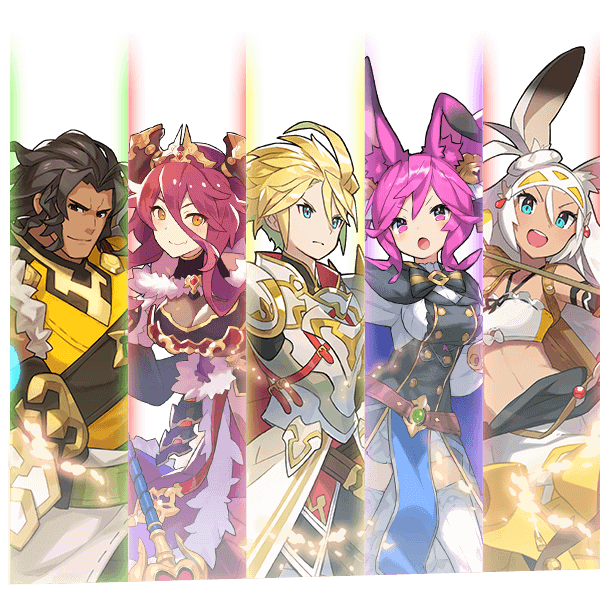 A brief word on the other Gala Exclusives:

While they’re not rated up, this is the only time to acquire the other Gala Adventurers. To sum up, Gala Cleo is the goddess of the meta, and that doesn’t appear to be changing any time soon. Euden and Sarisse are both tier 1 Adventurers that have strong places in the meta and are very much worth summoning for. While Mym and Ranzel are not quite tier 1, they’re both still pretty strong and very much worth using and can certainly be viable in Master Dragon Trials, albeit on a less preferred basis than the others.

Final Verdict: Yes, especially if you’re missing any of them. The Gala Adventurers are proven strong picks.

This banner has the Gala rate of 6%.

SPECIAL NOTE: You’re getting 10 free pulls every day on this banner, or 40 pulls total. It could be worth it to wait until you've received your free pulls to go all in, but this is still an excellent banner in general. Though it is beginning to look a lot like Christmas...

Hey Mym, what’s up? Your eyes look all funny…

Darling, have you not heard? I am here to spread the word of our glorious Master!

What? Er, I suddenly don’t like the way this is going, I...I...I MUST SERVE MASTER WILY! BWAHAHAHAHA! THAT PATHETIC FOOL MEGAMAN SHALL FALL, AND THIS ENTIRE KINGDOM SHALL BE CRUSHED BENEATH OUR MIGHT!

We Interrupt This Gala Dragalia With An Important Announcement…

!!ATTENTION! ROBOT MASTERS AND CORRUPTED HIGH DRAGONS HAVE BEEN SPOTTED INFILTRATING THE HALIDOM!! THERE ARE NO, I REPEAT NO, ADVENTURERS THAT WE CAN SUMMON FOR TO SAVE US! WHO SHALL BE OUR SAVIOR IN THIS DARK TIME?? 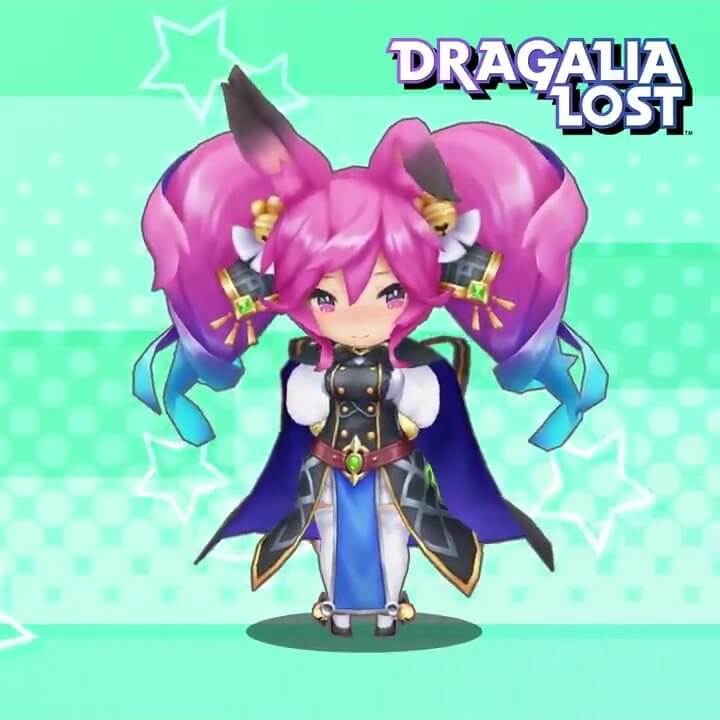 Final Word: Gala’s are the best banners to summon on, so summon away here! Especially since there is no Megaman bait.

It’s rather refreshing to know that we won’t have any limited Megaman characters to spend heavily on, especially since I think I would have had to do something unhealthy if I could summon for Protoman or X. As such, unless you think you’re going to need some Christmas cheer, I wouldn’t worry about saving much at this time and happily pull away to get Gala Elisanne. Even if you’re not targeting her, the increased rates still make Galas the best banner to summon on.

Free Dream Summon ( ・∇・)
You might already know this, but we can get a free dream summon ticket during this…
Will Grimnir be available for summoning or will I be screwed of my new fav?! Halp!
I need to know if yet again (Baby loiuse) another favorite will not be available on…
Finally, GaLaxi's home!
Used 7 tenfolds worth of summons (singles first), but thankfully she came home. I was…
This is Important
image702×1243 282 KB It’s the puppy! The baby is returning This better not be some…
Fixed quest Elysium Help
How can I defeat the dragon? My units are not strong enough even though the might of…
Read More