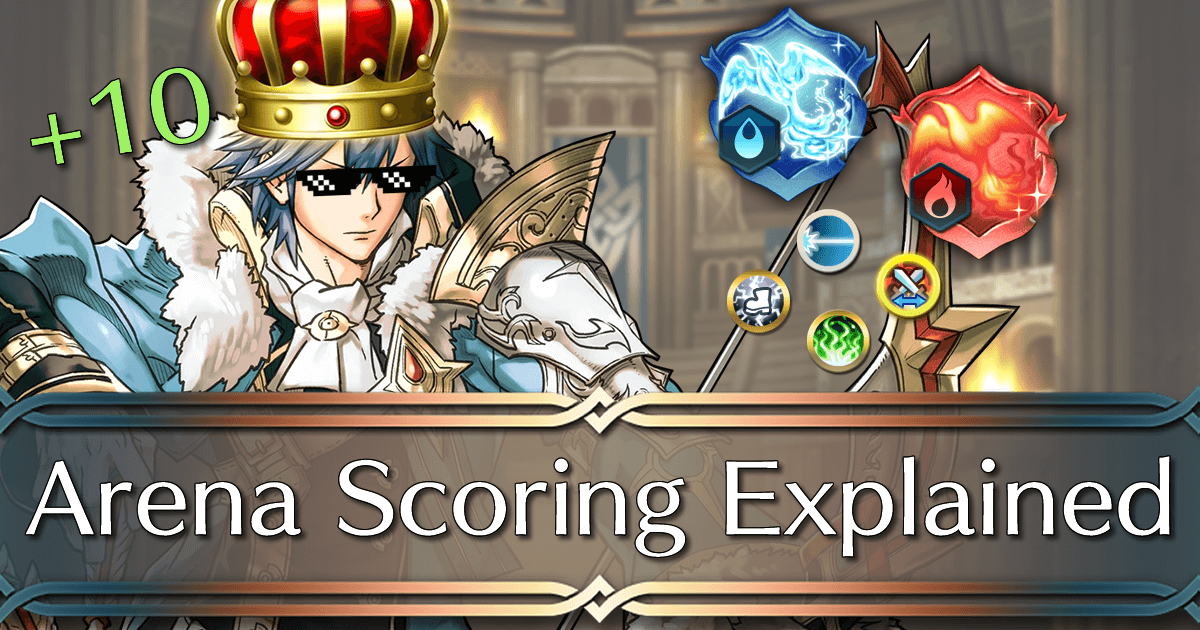 Base Stat Total ('BST') is the total of each of your unit’s stats with no weapons, skills, or dragonflowers. Resplendent heroes' additional stats do not count toward a unit's BST. If a unit is merged to +1, the removal of the bane counts toward BST, so the initial merge grants a unit +3 points to their total (+4 points if the boon is a 'superboon', or a +4 boon). Further merges and stat boosts do not count. You can easily see any unit’s stat total on their associated page on Gamepress.

BST is divided into ‘bins’ every 5 points. For example, the Flame Emperor scores in the 180 bin once their bane is removed at +1, despite their BST being 181. Ross scores in the 175 bin. Each BST ‘bin’ in your increases your unit’s individual score.

Some skills allow units to score as if they have a higher Base Stat Total than they actually do. Duel Legendaries such as Legendary Leif have this effect as part of their Legendary Bonus, while Duel skills like B Duel Flying can be inherited to certain units to raise their Base Stat Total to 170.

Note that all inheritable Duel skills only cap out at 180 BST. Additionally, there are no Duel Armor skills in the game.

Inheriting B Duel Flying and Fortify Res 4 so that Summer Lute can score more highly.

Merges are more of a no-brainer. In order to score highly, your units should be merged, as each merge grants your unit more individual score. It’s helpful for F2P users to pick units that they can obtain +10 merges on for this reason.

Maximizing Arena Score can cost a lot of orbs if you want to use five star units...

This is where things start getting a little complicated.

However, it’s important to keep in mind that the ultimate score takes total SP costs of a build, not individual SP costs of each skill. Therefore, if your unit is lacking in some SP areas (like say, having a refined generic weapon rather than a prf weapon), they can make up for it by increasing SP costs throughout the rest of their build.

Sacred seals also have an SP cost equal to that of the associated skill. For this reason, it is imperative to equip fully maxed sacred seals that correlate with higher scoring skills, such as Close Def, Quick Riposte, or Atk Tactic.

Unfortunately, most high scoring SP skills are premium fodder, such as Blue Flame, Ruptured Sky, Rally Atk/Def+, Threat. Atk/Spd, and so on. 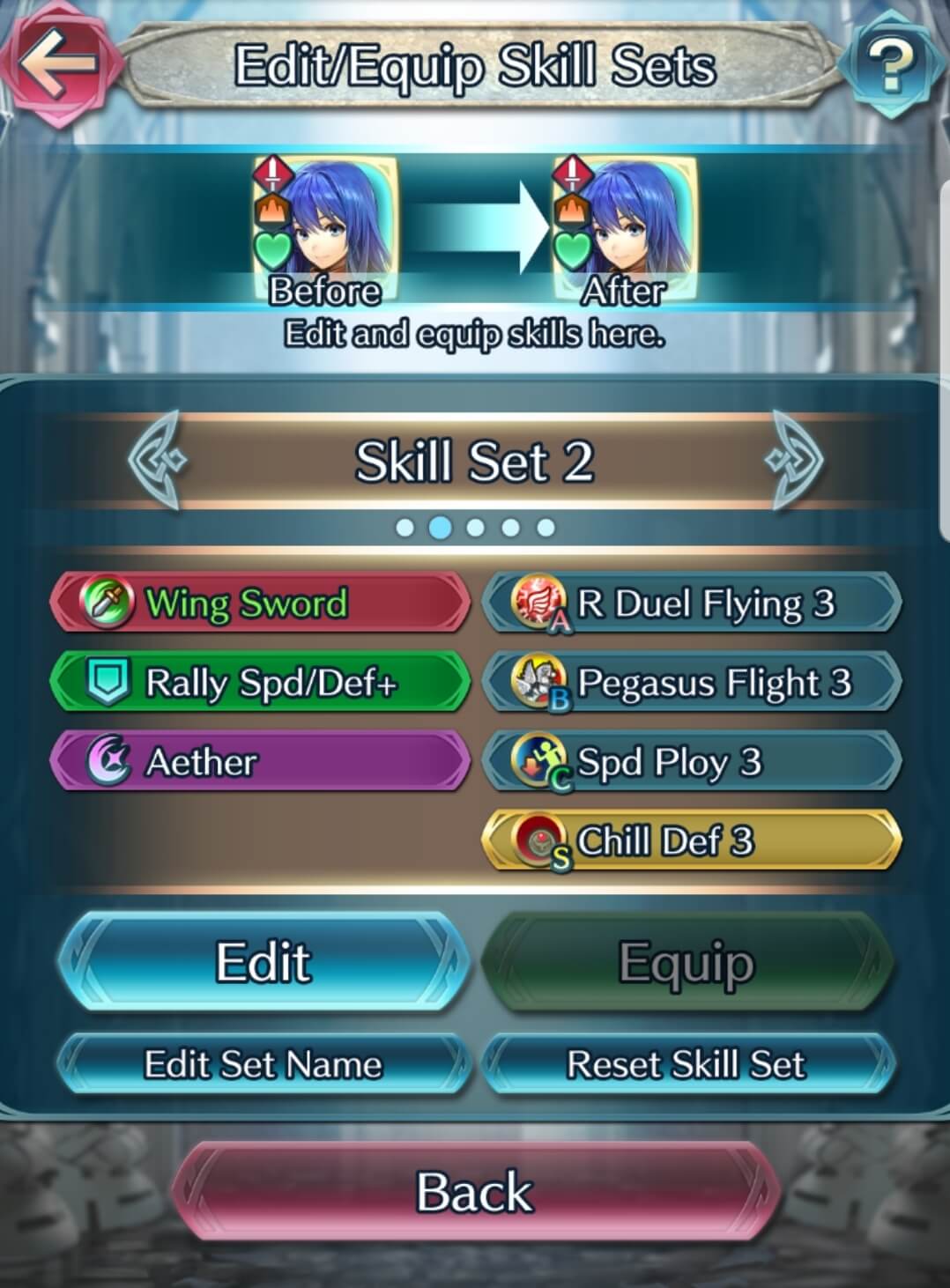 Using skill sets is a good way of quickly equipping or unequipping a unit's suboptimal builds for Arena.

The most expensive pillar to any Arena scoring team is the Legendary Bonus. This means taking in a legendary hero who matches the current legendary season, while the rest of your units are blessed with the corresponding legendary blessing.

Legendary heroes have the same score requirements as normal heroes - merges, high SP skills, and base stat total all affect their scoring too, and so for maximum scoring potential, a legendary must be merged to +10, which can be prohibitively expensive, orb-wise.

Two legendary heroes is optimal as far as scoring goes, but improbable for anyone but the hardest of savers or biggest spenders.

Bonus units grant your entire team a score multiplier, so there is no scenario in which you should replace the bonus unit for a higher-scoring unit. You only need to take a single bonus unit with you to gain the bonus and so the rest of your team should be based on a high scoring core.

You are given additional bonus score for your Bonus unit defeating one enemy per map. This is imperative to scoring higher, so it's useful to equip your Bonus unit with a skill set that will allow them to KO one opponent, and for your core units to have skills that can help 'feed' kills to your Bonus - like enemy debuffs, team buffs, or skills like Poison Strike, which can safely reduce opponent's HP.

Your score is then averaged between the four units you’re taking with you - the three ‘core’ units and the bonus - and placed in the center of a range of potential scores. The advanced team you see after expending a dueling sword is within that range. This means that for every dueling sword used, you are rolling the dice to see what potential score the game gives you within your range.

Surrendering at the team selection screen does not end your winning streak, but it does consume your dueling sword. For maximum score, experienced players often go ‘score fishing’, which means to continuously use dueling crests until they find high scoring teams to fight, by surrendering each time they see a team that does not score highly enough.