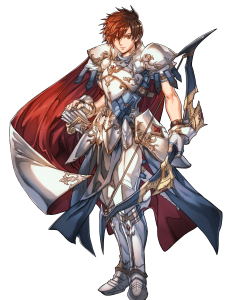 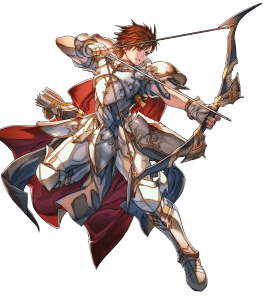 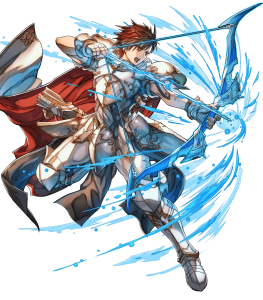 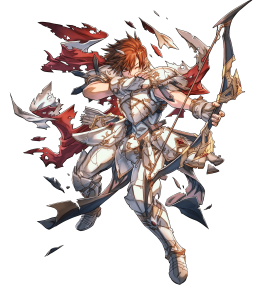 Leif boasts an excellent 38 Attack and an Attack Superasset that can increase it to 42 rather than 41. In combination with Meisterbogen and Njörun’s Zeal, Leif has fantastic damage output.

The best character in Fire Emblem deserves nothing less than one of the best weapons in the game, and Meisterbogen definitely delivers.

Having a dual-phase Brave Bow+ with 2 more Might is extremely powerful, as Leif can specialize in 2HKOing regardless of which phase he’s built for.

Further augmenting Leif’s Player Phase potential, Njörun’s Zeal is a 3-cooldown Special similar to Galeforce; when Leif activates it, he gets to move again. However, given that a low-cooldown Galeforce on a 3-movement unit with 2 range would be borderline broken, Njörun’s Zeal restricts Leif to 1 movement after it is activated. Despite the movement restriction, being granted another action allows Leif lots of flexibility, as he can potentially KO 2 enemies on Player Phase or retreat after initiating. Restore+ from a healer like Nanna and the combination of Atk/Res Push 4’s 5 recoil damage and Escape Route allowing Leif to warp adjacent to an ally if his HP is ≤ 50% are ways to circumvent the movement decrease, too.

Just like his base version, Legendary Leif has S Drink as his personal B slot, which heals him for 99 HP and decreases his Special cooldown by 1. While the former isn’t particularly helpful unless for Tempest Trials+ and Chain Challenges, the latter decreases Njörun’s Zeal’s cooldown to 2; since Leif can attack twice with Meisterbogen, if he 2HKOs on Player Phase, he can activate Njörun’s Zeal.

Surprisingly, Leif possesses solid mixed bulk with 68 physical bulk and 66 magical bulk. While this is hampered by his awful Speed, Meisterbogen mostly makes up for it; on initiation, it prevents enemies from performing follow-up attacks, while on Enemy Phase, Leif can 2HKO to avoid receiving a follow-up attack.

Due to his status as a Legendary Hero, Leif is able to grant HP +3 to Water-blessed allies. He’s also able to score as if he has 175 BST in Arena during Water season, allowing him to reach higher Arena score ceilings and keep pace with his allies. Pair Up increases Leif’s already impressive flexibility (when it’s available) by helping him escape sticky situations via switching positions with his paired up ally.

As a cavalry unit, Leif has 3 movement and can receive cavalry buffs such as Hone Cavalry and Goad Cavalry. This helps Leif snipe distant enemies, deal higher damage, and take less damage.

Leif is righteously blessed with extraordinary flexibility and versatility thanks to his statline and personal skills. He can utilize a purely offensive set, a Vantage-centric set, hit-and-run, and more depending on how he’s built.

While not especially detrimental due to Meisterbogen’s follow-up negation and Brave weapon effect, 22 Speed compromises Leif’s chances of quadrupling and usually forces him to take 2 hits on Enemy Phase if he fails to 2HKO after the enemy’s initial attack.

Unfortunately, if the season isn’t Water, Leif grants no extra score or lift loss reduction in Aether Raids. Although this isn’t particularly detrimental for a well-built Defense, it is on Offense, so many players choose to only use Leif on Water season.

Although having 3 movement and being able to receive Cavalry-specific buffs are great assets, they come with some drawbacks.