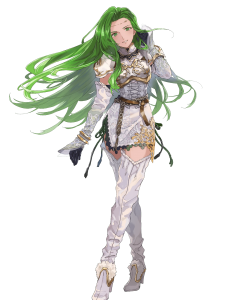 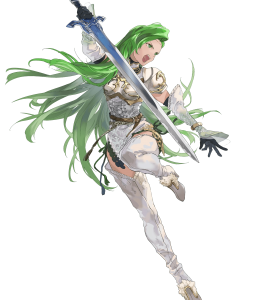 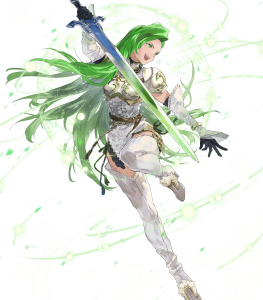 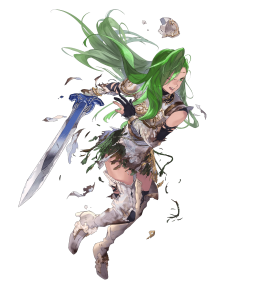 Her Legacy Lives On

She Broke Your Pity, Now What? (Budget)

With both Sturdy Impact and Guard Bearing, Annand comes with a fantastic base kit, which makes her a good unit out-of-the-box, or a great inheritance option for a fellow flier.

Her sword is an inheritable version of Deck Swabber in the permanent pool, which is a great tool for inheritance, particularly on merged sword units for Arena purposes. This is also one of the better generic weapon effects, particularly for fliers who cannot otherwise inherit Lull skills.

With an Atk of 35 and Spd of 39, Annand doesn't exactly have a unique or revolutionary statline, but for a sword flier, she only loses out to Young Caeda in terms of Atk+Spd. While this statline would be only average in terms of lance fliers, Annand has much less competition due to the fact that she has a sword.

Still, when comparing her to sword units of other move types, she fares worse, with over a dozen units in the game with a higher base Speed than her.

Annand is just kind of average for her weapon type, and because she's a flier, that's a big issue. Due to her inheritance restrictions and lack of a good prf weapon, Annand is releases with little reason to pull for her other than character favoritism or inheritance purposes.

Even though her base stats are good for a flying sword, most players have the option to merge characters like Summer Fiora for a similar statline and are free to skip out on Annand