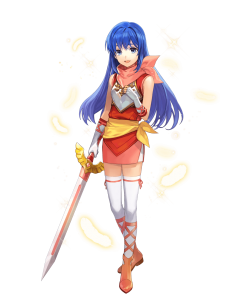 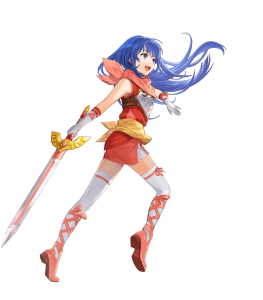 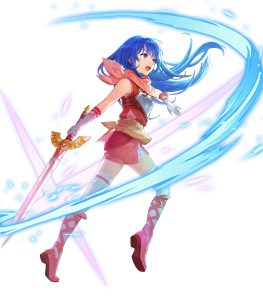 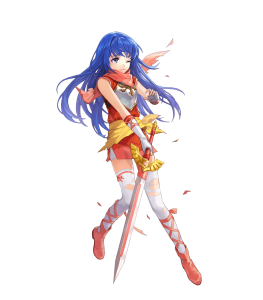 Passive B: Belief in Love

Passive B: Belief in Love

Caeda’s exclusive weapon, Feather Sword, is simply phenomenal. In addition to providing a +3 Attack boost and a standard Vantage effect, Feather Sword instantly activates its Vantage effect (regardless of Caeda’s HP) against sword, lance, axe, and colorless bow users, making her incredibly consistent against a significant portion of the cast -- and as a cherry-on-top, Feather Sword also deals effective damage against such opponents as well. Through this combination of effects, the young Princess of Talys can quickly accumulate tremendous firepower while remaining fairly versatile in her nuking capabilities.

Thankfully, Caeda’s excellent offensive statline of 33/42 allows her to take great advantage of Feather Sword to establish a strong presence in both phases. Although 33 base Attack may not seem particularly high, her weapon’s built-in +3 Attack and effective damage and her ability to benefit from class-exclusive buffs more than makes up the difference.

Caeda’s exclusive B slot further solidifies her combat prowess and effectively increases her overall damage output and resilience to damage. Furthermore, Belief in Love’s effect is not limited solely to the Enemy Phase and can activate when her opponent is at full HP, making her flexible in when she can engage opponents.

Her status as a flying unit provides her with some noteworthy strengths, most notably her exceptional mobility to attack or bait opponents from more advantageous positions than otherwise possible.

Like most recently introduced units, the Princess of Talys comes packed with a strong and greatly synergistic kit that complements her unique strengths; this allows him to be a relatively cost-friendly investment.

Although being a flier comes with its advantages, it also comes at the cost of Caeda being unable to equip several powerful skills such as Lulls, Null C-Disrupt, and Special Spiral. Caeda’s access to Belief in Love does mitigate this to an extent, but her limited skill availability nonetheless hinders her build flexibility compared to her non-mounted counterparts.

A lot of Caeda’s functionality comes from her Feather Sword’s built-in Vantage effect and while this is undoubtedly powerful, it also leaves Caeda extremely vulnerable to anyone equipped with the Hardy Bearing seal or a weapon that includes its effect.