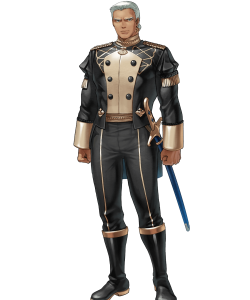 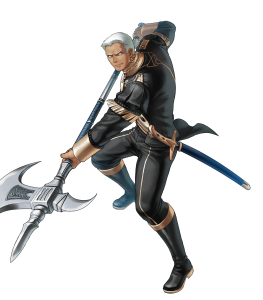 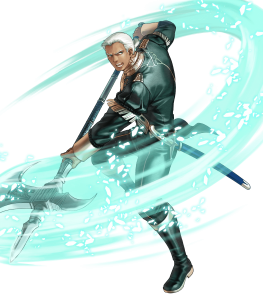 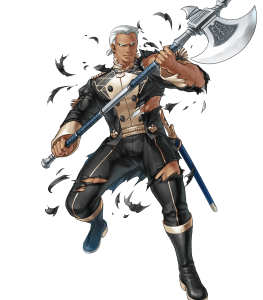 Passive C: A/D Near Save

Brigand Dedue? Sure, why not? (Player Phase)

Much like his appearance in Fire Emblem: Three Houses, Dedue is an outright beast when it comes to being a physical wall. Sporting 50 HP and 45 Defense at base, Dedue is extremely difficult to take down when it comes to using physical damage against him. Not only that, but his 45 base Attack means he can dish out punishment in return with great effectiveness. Even his Resistance, while much lower in comparison to his Defense, is a shockingly fair value of 28 which can be built upon further with the right Skills if desiring to do so.

As an armored axe unit, Dedue gets access to the coveted Fighter Skill line, giving him a shocking amount of versatility towards which kinds of builds he can utilize. Whether it be Enemy Phase, Player Phase, or even a dual phase build with the help of Bold Fighter and the Quick Riposte Seal, Dedue can cover many different options for Summoners needing a versatile physical brute.

Poor Speed and a Reliance on Follow-Up Skills

In exchange for the rest of Dedue’s stats being very high, his Speed has taken a major backseat as it falls on a base value of 17, making Dedue one of the slowest units in the game. This makes Dedue ultimately reliant on follow-up granting Skills in order to ensure he can hit twice in one instance of combat. As an armored unit, there is certainly no shortage of these kinds of Skills for him, but follow-up blocking Skills or weapons such as Null Follow-Up can prove to be a massive problem for Dedue as he has no chance of naturally follow-up attacking on his own against the myriad of fast foes out there.

Axe Armors are a Competitive Group

While Dedue himself is an excellent axe armor, there is no shortage of axe armor units that are just as good if not better than Dedue himself. With options such as Brave Edelgard, Brave Ephraim, Surtr, and Mamori out there, Dedue finds himself just being a solid option among a sea of titans that he just can’t quite reach the level of.

This is a "poor man's" Dedue build.

Dedue is a unit that should never be in the front line. Ideally, he should be behind glass cannons such as B!Lysithea or Marianne in order to proc A/D near save 3. The bonuses that his C skill gives him will more than compensate the def bane along with pavise procs. The problems come when he tanks magic damage which can be painful for him and kill him maybe. This is why, ideally, his boon should be in Res and Steadfast axe should have +res when you weapon refine him. In addition to the dangers of magic damage, anti-armour physical damage is also something that Dudue should not take too many hits of. This is why the B slot should be filled with wary fighter to minimize enemy follow ups. Dedue was never going to double anything during player and enemy phase so there is little downside to the B skill. Since Wary Fighter is a common enough skill it should be cheap and easy to pass down.

Because of the types of damage that can be painful, he should not take too much damage when tanking for front line glass cannons. However just because he take little damage does not mean that he take no damage. Prolonged use of Dedue will eventually kill him on some abyssal maps. This is why he should have a healer that can keep up with the abuse he will take. Some recommendations are Bridal Fjorm or Flayn since they can heal effectively (if build well, Fjorm will be able to debuff as well) and they have ground orders which allows Dedue to keep up with whatever he needs to protect.