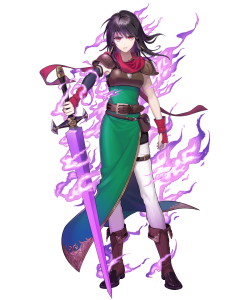 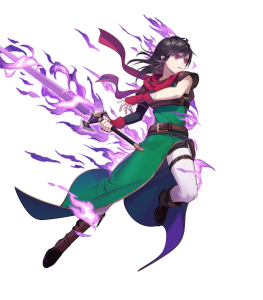 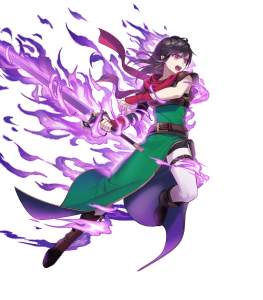 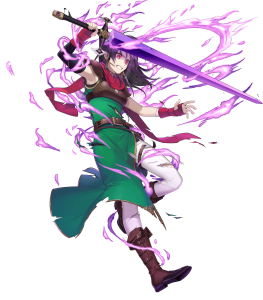 Fury of the Fallen (2HKO Artist)

Although 33 Atk is only passable for today’s standards, Mareeta’s 41 Spd is still excellent, allowing her to consistently perform follow-ups.

Update 6.7 breathed some much needed life into Fallen Mareeta (clearly she needs it; have you seen her?) through a Shadow Sword refine. What was once just -1 Special cooldown and Desperation if Mareeta’s HP was ≥ 50% is now a much stronger personal weapon:

Effectively, Shadow Sword grants Mareeta Slaying, Guard nullification, and either +10/+18 Atk/Spd or +18/+10 Atk/Spd depending on the enemy’s stats, which is overall a much-needed and incredible upgrade from what it once granted her.

Much of Mareeta’s combat prowess hinges on keeping Null Follow-Up in her B slot for three reasons:

As both a Galeforcer and a general Player Phase unit, Mareeta faces stiff competition from a myriad of units (including her Ascendant version, funnily enough), with her general inability to use Wings of Mercy in her B slot due to her aforementioned reliance on Null Follow-Up particularly damaging her performance in the former role.