Community Posts with Keyword Gharnef All 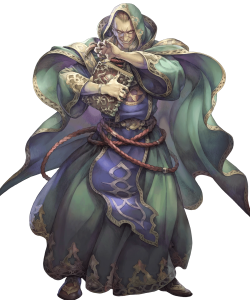 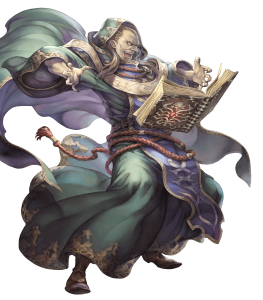 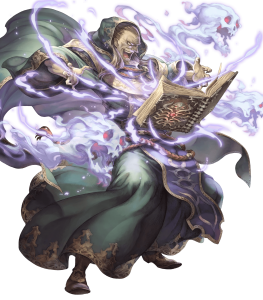 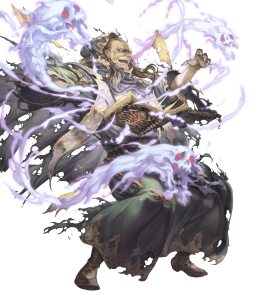 You can’t win against Gharnef. (Offense)

The refined version of Imhullu has a number of useful effects, including out-of-combat damage to nearby foes on turn 3 and applying a Flash effect on those foes, preventing counterattacks. It also provides some useful effects in combat, including up to +10 Atk and Spd for Gharnef, as well as 30% damage reduction and denying counterattacks against foes that do not use tomes.

Gharnef’s status as a tome infantry allows him to use good skills like Lull Atk/Res and Infantry Pulse.

Gharnef’s base 34 Spd is decent, especially when boosted by Imhullu and other passive skills. His base 38 HP is also decent and allows him to use HP-based effects like Sudden Panic well in some modes.

Gharnef is available as a Grand Hero Battle unit, and purchasable in the Heroic Grail shop, allowing him to be obtained and merged more easily than many other Heroes without spending any Orbs.

Gharnef’s base 30 Atk is mediocre, even when boosted by Imhullu, and means he cannot always deal enough damage to KO many foes. His base 27 Def and 23 Res are also mediocre, with the low Res in particular meaning that he may struggle to use Res-based support effects like Sabotage Atk.

Much of Imhullu’s utility is based on denying counterattacks, but these effects do not work in combat against a foe with Null C-Disrupt or a similar effect like Nifl’s Bite, so Gharnef is much less useful against those foes.

While Imhullu’s ability to apply damage and Flash over a large area is relatively unique, he still competes for a slot on a team with many other units. Outside of Imhullu, he is a generally mediocre unit with few strengths.

"Castles broken, entire armies torn asunder, such is the power of the Dark Pontifex. Every knee shall bend, every tongue be still, for no shield can be raised against the mighty Imhullu. No land shall be spared from the wrath of Gharnef"

A more aggressive take on the support role with team-wide damage potential worthy of the Dark Pontifex himself. Special Spiral 3 makes Growing Wind (or any aoe special of your choice, though I do recommend either Growing Wind or Growing Light to synergize better with Imhullu) a reliable source of damage that, when combined with Savage Blow 3, can significantly soften up the enemy team for your other units, and Close Counter and Darting Blow 3 seal help charge his special faster. I recommend either Reciprocal Aid or Ardent Sacrifice for some nice healing, but any assist skill will do. And of course Imhullu needs no explaination, and when paired with Savage Blow and an aoe special you can deal some serious unblockable damage to the entire enemy team.

Gharnef has an odd statline to work with and a LOT of competition both from Red Mages in general, and Grail units.

so what does Gharnef have going for him? What makes him stand out?
Dat Art mostly.
Statwise? high SPD and passable Defenses. his Mixed bulk is surprisingly good. Unlike Sophia, this comes primarily from denying doubles.
Epic Voicework

Imhullu is an amazing tome, but it's purely a teamfight weapon and doesn't do much for Gharnef himself. So my first thoughts for remaining slots are Chills, Sabotages and Smokes. Good thing he comes with Chill ATK already. He can shut down entire teams once Spoopy Turn starts so supporting the team by crippling them further is an easy choice.

Having said that, he is far from useless on his own, Merges and flowers can have him starting at 40+ SPD before buffs.

Relatively new player here, this build that i thought up of is mainly meant for gharnef to survive enemy his enemy phase while using vantage as a mean for him to nuke his opponents considering he has an &quot;ok&quot; bulk for a tome unit.

Ardent sacrifice is used to proc him into vantage and brazen range.

Brazen def/res will further boost his survivability while at the same time providing a +12 Atk thanks to the blade tome, alternatively brazen spd/res could also work if you want him to counterattack in enemy phases.

Vantage is there to make sure he lands at least a hit when attacked.

Odd def wave further boosts his defense by 6 as well as another 6 attack thanks to his blade tem once again. Alternatively Odd Res wave can be substituted.

Then finally, we have a resistance/defense seal once again for added tankiness and the free 3 atk boost that comes from the tome.

I enjoy building strange builds so here's another one.
With it Gharneif can become nice mixed tank thanks to his prf tome and stat line he can become nice supporting and cheerleading unit for AA. With this skill set he can reach 40/33/32 spd/def/res wich is nice stat line considering that he will debuff enemy's atk and spd stat, in that case he can reach 38/44/47/40/39 hp/atk/spd/def/res. (note that chill atk debuffs emeny units who has highest atk stat)
As for special i chose Aoe special to get more splash damage wich will make him a better supporting unit and will work nicely with his tome's effect.