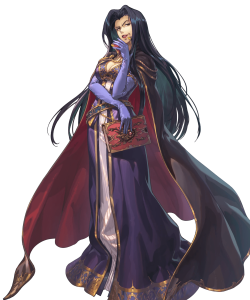 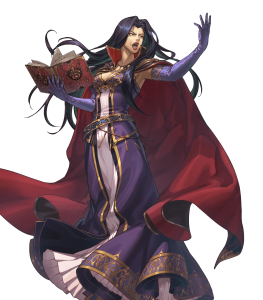 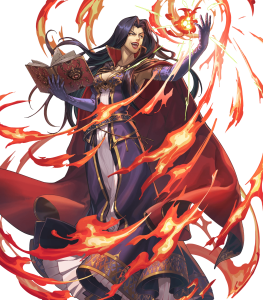 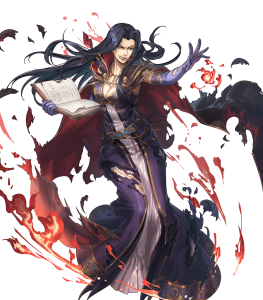 Welp, we know where Bridal Micaiah/Sothe's bouquet toss went two years later. Indeed, one of the first things you'll notice about the Queen of Friege's unthankfully unique weapon is the fact that it grants the one-shot wondered, long-forgotten【Dominance】effect without needing to pressing a duo skill button. In short, having this exact effect means potentially massive stacked true damage depending on how much stat penalties are present on the enemy.

Hence, Fiery Bolganone is overall a solid, self-sufficient weapon. All Hilda has to do to utilize it well is positioning herself at least a four-space distance from a foe, and automatically in a matter similar to Atk/Res Menace:

The cherry on top is a nice in-combat Atk/Res +6 in combat, outfitting Hilda's bulk and power even further. It only assumes a couple of easy conditions:

Hilda's statline suits her Atk/Res-focused weapon well, with those stats on herself reaching very competitive values at 40 each. If you set up Fiery Bolganone well along with a variety of great combat passives available to Hilda's unit type (such as Mirror Impact, Lull Atk/Res, Special Spiral, Ruse skills, and so on), expect her to confidently weather most magical hits and fire off some nasty single-shot damage like a queen.

Copies of Hilda and her oddly synergetic base kit are available through her Grand Hero Battle, then free currency through Heroic Grails rather than Orb summoning.

Additionally, with a variety of great necessary and complementary skills in the Compile Manual feature, interested players potentially will never have to spend a single Orb or dime on whatever Hilda needs to beautify herself (though, seriously woman, get some L'Oréal on those wrinkles).

As part of the infamous "red tome infantry GHB" package deal, Hilda graces us with some bloody unexceptional Def and Spd. Expect physical hits, follow-ups from higher Spd units, or even better, both, to grant the Queen of Friege a swift, well-deserved shank. Even with considerable skill investment (like Sturdy Impact) and ally support, don't expect her to handle some crazy physical hits nowawdays.

As with most red tome Grand Hero units, the meat of Hilda's competence lies in applying stat penalties on her enemy. The【Dominance】effect built into her tome is certainly powerful but falls flat in the face of penalty cleansing and neutralizing skills. This includes Slick Fighter, Bond-type skills, Restore+, and a variety of weapons like Whirling Grace and Demonic Breath.