Community Posts with Keyword Maria All 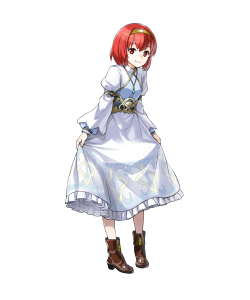 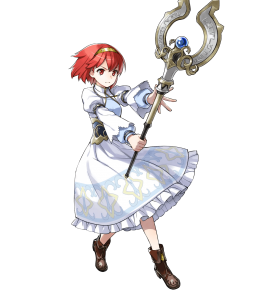 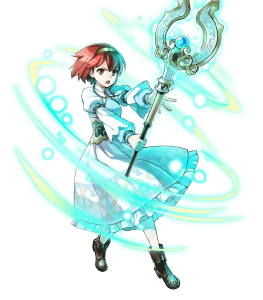 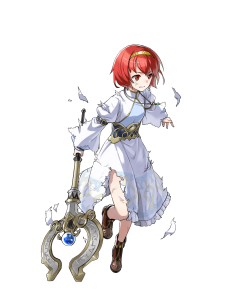 The choice of weapon is somewhat flexible, and the playstyle of Maria doesn’t change much regardless of the weapon used, but Pain+ is particularly powerful. When coupled with Savage Blow, Pain will allow Maria to deal massive amounts of chip damage to the enemy team without even going into direct combat. This chip damage is usually enough to get enemy units out of the HP threshold range for skills such as Guard and Quick Riposte, making them considerably easier to deal with for teammates. Gravity is a very solid choice as well, allowing the user to control the pace of battle more easily by limiting the enemy team’s movement. Trilemma is another interesting option, allowing Maria to give the Triangle Adept effect to enemy units, who can then be taken care of by teammates with a color advantage over those units. The choice of whether to take a Dazzling refine or a Wrathful refine depends solely on what B skill is available to the user. If Wrathful Staff is available, one should take the Dazzling weapon effect, and vice versa.

Recover+ is generally the most reliable and consistent healing skill, but just about any healing Assist skill can work well on Maria. Martyr+ is a decent choice if running Atk/Spd Push and not running Live to Serve, as Maria will be able to keep herself at the required full HP threshold.

Miracle is a decent Special that can be run to save Maria in a pinch should she suffer an otherwise fatal blow, but a more team-oriented skill such as Heavenly Light can be run if one prefers to do so instead.

Atk/Spd Push is a skill that gives Maria considerably more offensive power. However, Atk/Spd Push comes with the requirement that the user must be at 100% HP for the effect to take place, and the skill will automatically give self-chip damage if the user’s HP is indeed full during combat. Maria can help keep her HP full by either running Live to Serve or Martyr+. Other more simple options for the A slot include a simple stat increasing skill, such as Atk/Spd 2 or Atk +3.

Savage Blow pairs excellently with the respective seal skill and Pain+, maximizing the chip damage Maria can deal. With a good neutral Resistance stat of 32, Maria is also capable of running Ploy skills fairly well; they can be taken instead if one desires.

Savage Blow can be taken for the seal slot, but Live to Serve is another solid option that pairs well with Atk/Spd Push, allowing Maria to deal damage and heal herself back to full HP via healing a teammate. If not running Atk/Spd Push, a simple stat increasing skill such as Atk +3 or Spd +3 will be appreciated.

A set designed with only providing team support in mind. The choice of IVs are less strict here, but a Resistance boon might be appreciated to allow Maria to more easily activate Ploy skills.

Gravity+ is a solid choice for a team support build as it will allow the user to more easily control the pace of battle. Trilemma+ is an interesting new weapon that will apply the Triangle Adept effect to nearby enemies. This can be useful as Maria can attack an enemy, give the effect, and have a teammate with a color advantage take care of the enemy who is now suffering from the effect. Other staffs work well to provide team support; Maria’s default Panic+ as well as Fear+ are both decent options. As this set is focused on providing support and not raw damage, the Dazzling refine should be taken for whatever weapon Maria runs, as the effect from the weapon is far more important than whatever damage Maria herself will be dealing.The choice of Assist and Special largely remain the same as the previous build and are up to user preference.

Spd/Res 2 is a good choice for an A slot if available, as increasing Maria’s Speed will help her avoid double attacks, and increasing her Resistance will both increase her magical bulk and improve her ability to run Ploy skills. A more common stat increasing skill such as Resistance +3 or Speed +3 can work fine as well.

Wings of Mercy works great on healers, allowing them to quickly come to a teammate desperately in need of aid. Live to Serve is another decent option that focuses on keeping Maria herself alive. Escape Route is another option, allowing Maria to quickly teleport away from danger.

The C slot and seal slot are pretty flexible, but Maria can run a combination of Ploy skills quite well. If one prefers, just about any team-oriented skill can be run instead, and Maria can still run a basic stat increasing skill in the seal slot such as Spd +3 if one wishes to do so instead.

Maria appears in Fire Emblem Heroes as an infantry healer. Compared to the cavalry healers, Maria doesn’t share the same mobility, but is able to deal with forests and stairs. In regards to her statline, Maria has decent Speed but mediocre Attack and physical bulk. Luckily, as Maria should generally not be getting hit at all in the first place, her low physical bulk isn’t generally much of an issue. Although her Attack is lower compared to other offensive staff units, she sports a decent Speed of 34, allowing her to double a good number of enemies when combined with Speed increasing skills such as Atk/Spd Push and Speed buffs.

Being a healer, Maria automatically has access to the powerful Razzle Dazzle combo, allowing her to deal crippling effects to entire enemy teams at once. This combination is extremely potent and allows Maria, like other healers, to function as both an offensive unit who can also provide team support.

Sitting at only 148 BST, Maria’s usage in high level Arena will be limited due to her low scoring, but her availability and usable statline makes her a good candidate for merging. Overall, Maria is a decent choice for an offensive healer, but one should explore other options including healers with a higher Attack stat.

Maria is tied with Nanna and Bridal Lyn for having the highest Speed among staff users, a decent 34. This will allow Maria to potentially double enemies when combined with Speed increasing skills as well as allow her to avoid double attacks herself.

Being a staff unit, Maria has access to the powerful Wrathful/Dazzling combination, making her a great support unit that can also cripple enemy teams.

Being in the colorless pool as a 3* and 4* hero, Maria is relatively easy to obtain multiple copies of in order to achieve optimal IVs and merges for Arena.

Sitting at 27, Maria’s Attack isn’t particularly impressive. This, however, is somewhat offset by her Maria’s Speed, allowing her to double a decent number of units when combined with Speed-increasing skills and support.

Maria is very prone to getting killed in one hit given her very low physical bulk, especially if she takes a Defense bane. The best solution is to avoid having Maria take any hits at all.

Maria’s BST isn’t that high at 148. Luckily she is available in the colorless summoning pool as a 3* and 4* unit, making it relatively easy to obtain multiple copies of her to merge her to raise her BST. 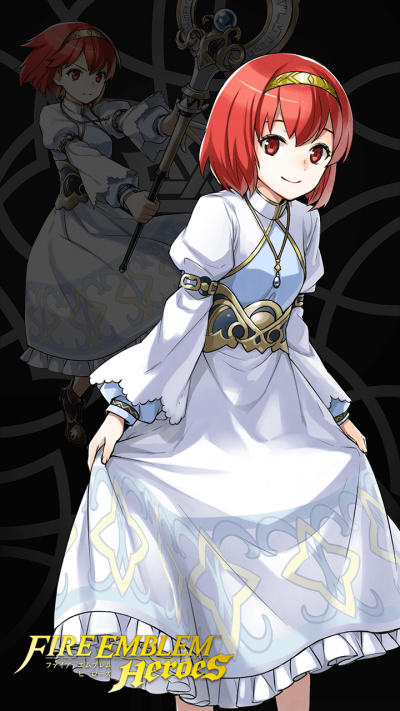