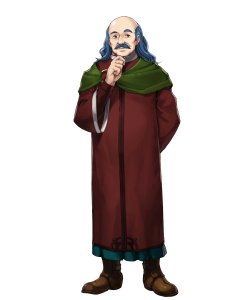 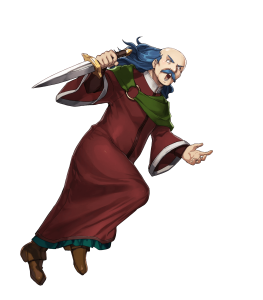 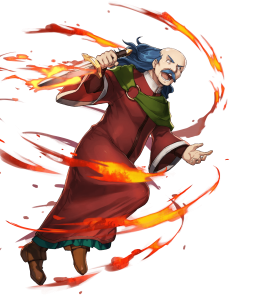 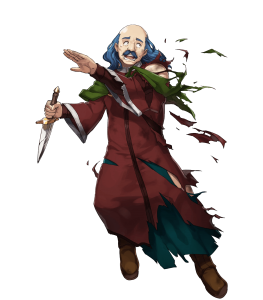 Is This Some Kind of Twisted Joke? (Support)

His facial hair is nice I guess.

Merlinus hardly benefits from his status as a cavalry unit at all, as he doesn’t have the offensive power to properly pose a threat, leaving the extra attack range the class provides completely wasted on him. His status as a cavalier also robs him of skills he could make great use of, such as Sudden Panic. He also gains a weakness to Cavalry Effective weaponry, meaning units such as Micaiah can easily ruin his day.

Poor Stats Aside From HP

Merlinus wasted the entirety of his boosted BST on his HP, which is one of the highest in the game at base 50. Unfortunately, not a single one of Merlinus’s other stats reach levels beyond passable as a result. Of particular note is his pathetic 20 base Attack, meaning he won’t even hurt a majority of the cast. Merlinus’s Attack stat makes the likes of Mist and Anna look like Machamp in comparison. Even Merlinus’s high HP is somewhat of a waste due to his lack of access to Sudden Panic.

Everything Merlinus can do, someone else can do better. Offense? Summer Linde and Summer Ursula. Support? Brave Lucina and Corrin. Enemy Phase? Julian, Winter Cecilia, and Halloween Dozla. AR Defense? Harmonized Mia. Merlinus may be in contention for the worst unit in the game, surpassing even the likes of Anna and Leo. Needless to say, he’s only worthwhile if you love him, in which case go all in and use him, since there’s nothing better in this game than using your favorites.