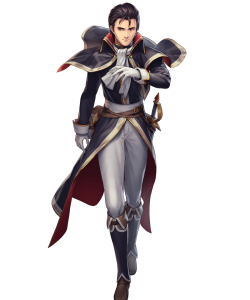 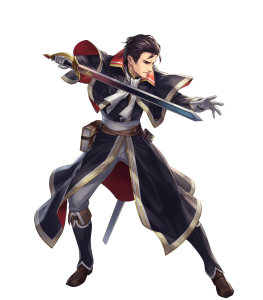 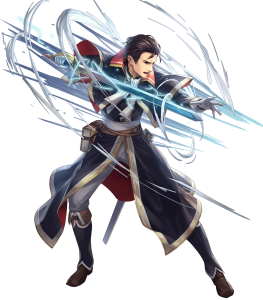 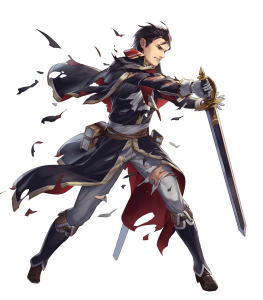 Book? I only know Sword. (Defense)

WT Reinhardt’s Meisterscwhert was already a strong weapon before it’s refine, but on top of guaranteed Brave doubles on either phase, Reinhardt also gains an additional 5 Attack while debuffing the foe’s Attack by 5 in addition to follow-up prevention, as long as their HP is equal to or above 50%. This refine makes Reinhardt exceptionally more tanky during player phase while improving his combat prowess on both phases.

Reinhardt performs quite well in an offensive role, so he’s able to take full advantage of the class’s enhanced movement. He also gains access to class exclusive buffs, although with the wide array of C slot skills available, they’re not quite as appealing as they once were, although invisible class buff skills such as Goad and Ward Cavalry can still potentially be useful in certain team compositions.

While Reinhardt’s exclusive weapon compensates for his inability to naturally perform follow-up attacks, WT Reinhardt’s terrible Speed poses many other problems for him. Essentially any foe in the game without rock bottom speed themselves will be able to perform follow-up attacks against Reinhardt with little issue, and he will also struggle to take on Spurn users as they will nearly always gain it’s full 40% damage reduction against him, making his attacks significantly less effective.

Effective weaponry from the likes of Micaiah can also completely ruin Reinhardt’s day(as if Julius wasn’t enough), and coupled with his low Speed, most effective weapon users will likely be able to KO Reinhardt in a single round of combat.