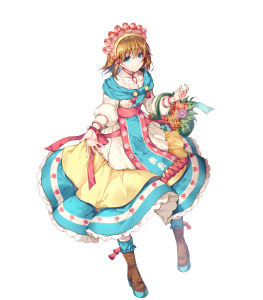 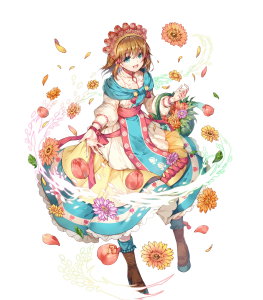 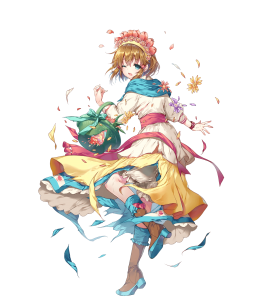 The Flowers of Robert Mapplethorpe (Offense)

While not outstanding compared to her peers, a 34/34 offensive statline gives Valentine’s Mist a good baseline for dealing damage, although performing follow-up attacks against the fastest foes will be difficult for her without additional investment in her Speed.

Mist also enjoys access to cavalry buffs and a wide attack range due to her status as a ranged cavalier, although cavalry buffs have more competition among C slot skills than they used to.

Mist’s biggest flaw is her lack of bulk on either side, and without the aid of skills such as the Pleigian Torch or Lull Atk/Res, Mist will struggle to avoid being KO’d in a single blow by hits of any kind.

Unremarkable Compared To Her Competition

A flaw shared by many of her contemporaries, Valentine’s Mist is simply unable to compete with the likes of Summer Selena and Winter Bernadetta due to their exclusive weapons and superior statlines, although she can still perform well in her own right.