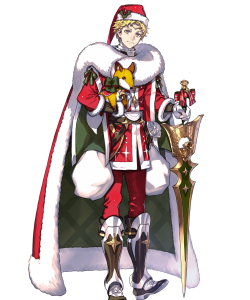 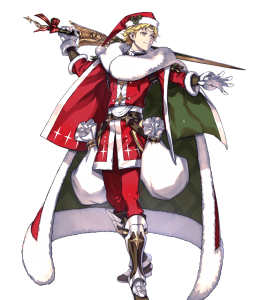 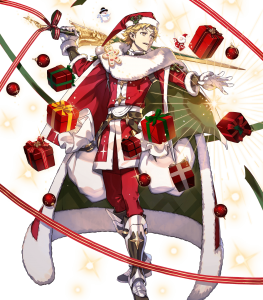 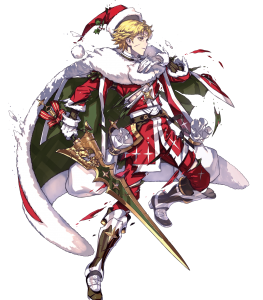 +DEF: A Defense Asset is a Super Asset that boosts Winter Zephiel’s Defense up to a value of 42. This makes him immensely durable on the physical end and is the best way to improve his bulkiness.

+ATK: An Attack Asset will be universally applicable on all of Winter Zephiel builds as higher damage can end up proving to be more useful in the long run compared to outlasting his opponents. Winter Zephiel is already quite durable and can increase his bulk even further with defensive weapon refines, so an Attack Asset can result in a strong gain to his performance.

+RES: A Resistance Asset will roughly balance out Winter Zephiel’s Attack, Defense, and Resistance stats and is especially useful when expecting to take on magical threats when utilizing a Distant Counter build.

HP: Winter Zephiel’s HP stat is already quite high, and while taking an HP Asset is certainly useful to make him bulkier, it is usually not worth taking over increasing his raw defenses or his Attack.

-SPD: Winter Zephiel’s Speed is his worst stat, and any form of investment into it will prove fruitless unless an immense amount of effort and team support is used. As such, many builds will cut their losses and dump his Speed rather than try to boost it.

Winter Zephiel has solid HP, Defense, and Resistance, alongside a high Attack stat. This allows Winter Zephiel to easily take hits while also bringing powerful strikes in his own right. He can bolster these stats easily with the help of taking an Asset in any of them, even down to him having a Super Asset in Defense.

Being an armor unit comes with the perks of being able to run the assortment of Fighter Skills, making him much more versatile than initially expected. While he can perfectly function with his default Vengeful Fighter, he can diverge into other builds that involve Special Fighter or Bold Fighter making him have no shortage of options at his disposal.

Winter Zephiel’s horrible base Speed will often betray him. While he is very durable, the fact that his opponents will almost guarantee follow-up attacks against him unless he is actively running Wary Fighter will mean that Winter Zephiel will be forced to take two hits compared to just one in most situations of combat. Winter Zephiel’s horrible Speed also makes him get completely torn apart by weapons and Skills that behave like Null Follow-Up, as his cumbersome nature makes him completely reliant on follow-up Skills to secure his own follow-up attacks.

Alongside the obvious disadvantage of being locked to one movement space unless any form of movement boost is occurring such as Armor March, Winter Zephiel must also be wary of the ever so common armor effectiveness weapons. In many modes where heavy investment is underwent, armor slaying users will be aplenty and pose a major threat for Zephiel despite how bulky he is.

Winter Zephiel has very strong stats, but his lack of a unique weapon or unique Skills does hold him back somewhat from being better than he could have potentially been. He is unfortunately beat out by powerful armored sword units such as Valentines Ike or Zelgius who all sport unique selling points to their name. Winter Zephiel could easily be replaced the moment that a vastly superior sword armor with stronger stats than him were to show up in the future.

The refines for bellringer arent available but the one that is needed for this build is +res. This Build is more making this zephiel the absolute mixed red tank, with 53 HP and 48/46 in both defenses without counting the seal makes him hard to kill and he is gets worse with the heal that bellringer offers, distant attackers will have the worst time dealing with him since in those cases his defenses would be of 54/52, the special is ignis for using his obscene defense to use but you could use sol or aether for extra healing to maintain the vengeful fighter effect