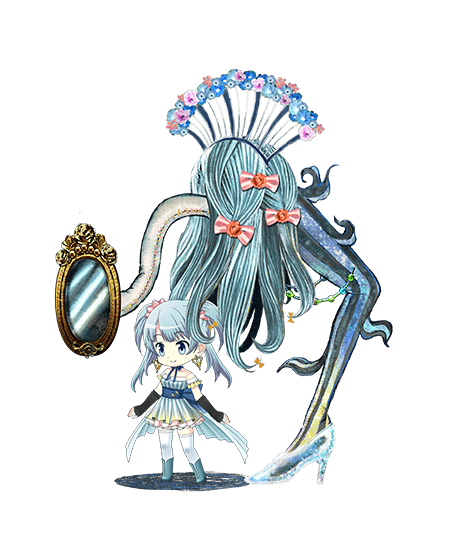 Doppel Detail (May Contain Spoiler)
The master of this emotion uses its power to their utmost content. This Doppel enhances the transforming ability of its possessor manyfold, allowing her to transform into someone else for a certain amount of time. The result of this transformation is truer to the ideal image of the person than the actual person it is based on. However, because the transformation is so perfect, if it is used too much, the user is likely to lose track of their own identity. It turns the user into the ideal state of its target, so it sometimes appears slightly different from the original.