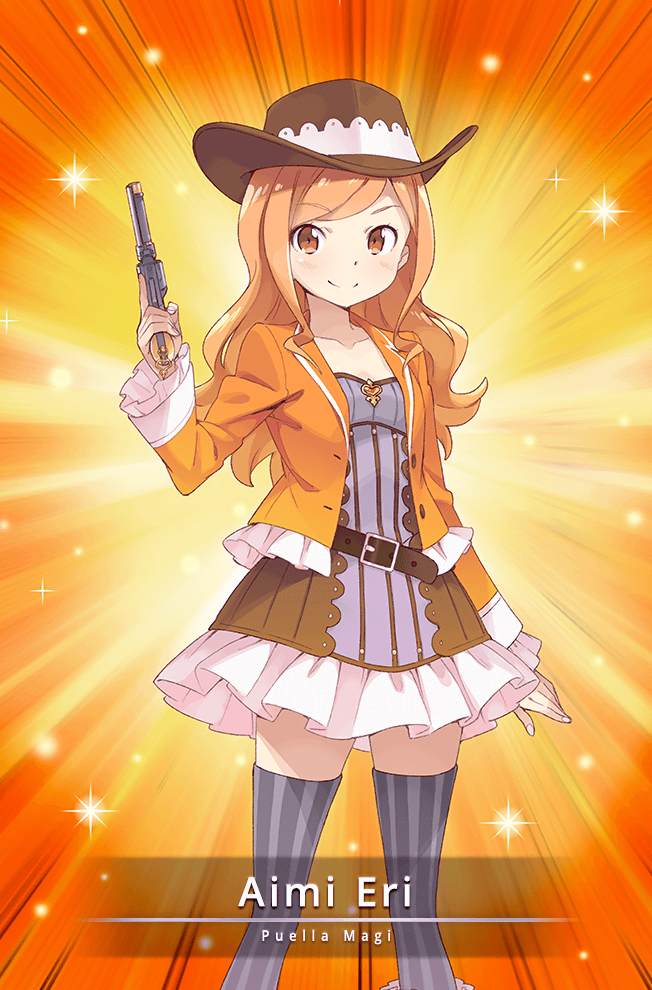 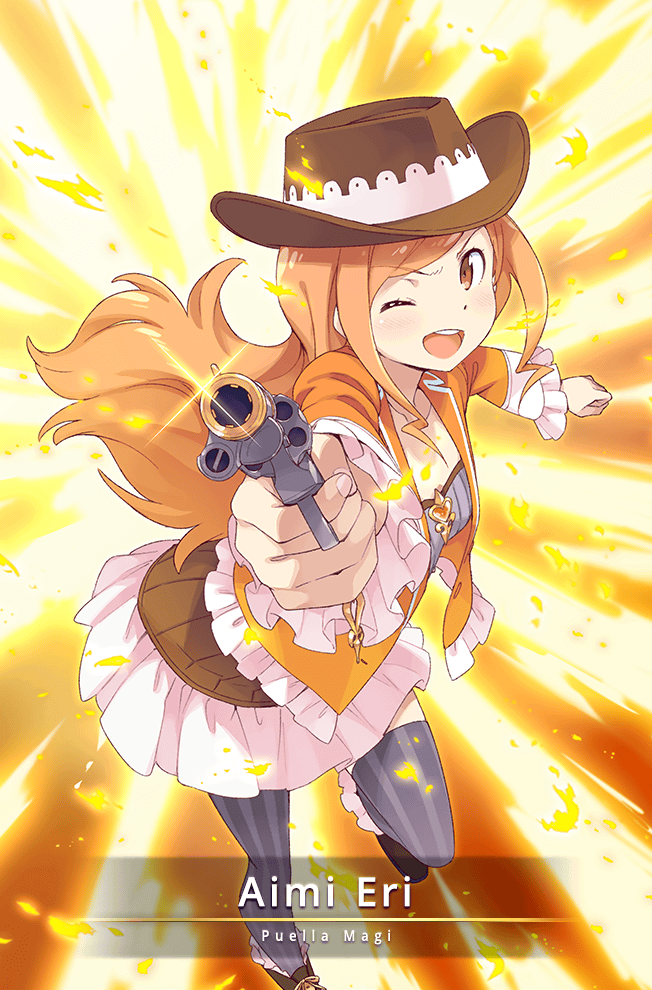 A Magical Girl who lives for her love and romance. Even though she's had the same crush for so long, she still gets too embarrassed to talk when she sees him. Her greatest secret? A notebook of fantasies where she tells him her feelings and date night plans. 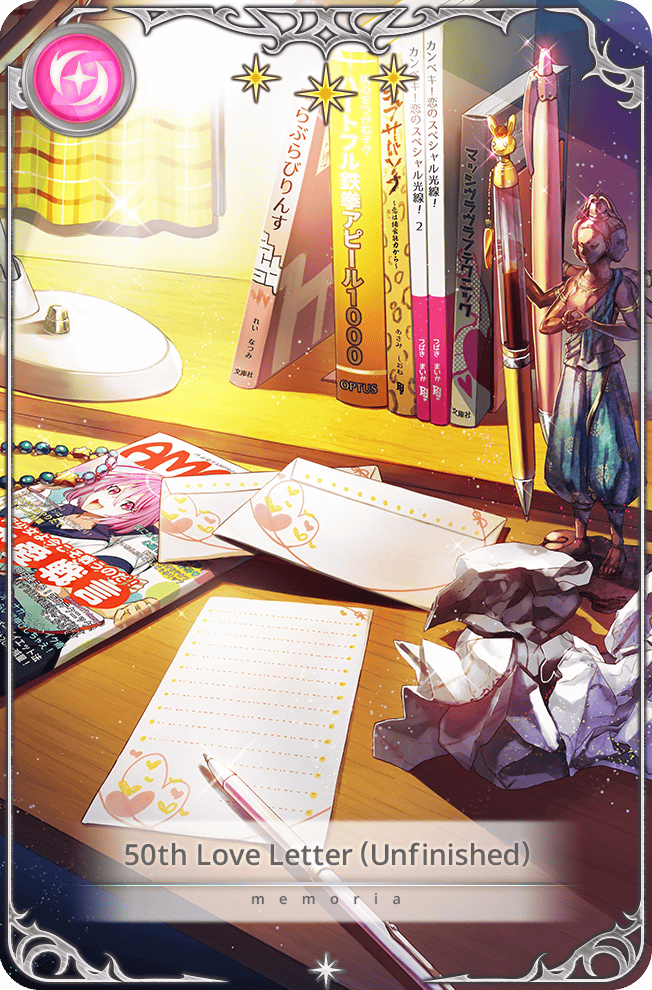 Both her connect and magia increase blast damage and grant anti-evasion. While the anti-evasion is better suited for Mirrors, her blast up can really help your other team members shine. Her magia also hits all enemies, making it more useful than others and her personal memoria grants her the ability to ignore defense for a turn at a relatively low cooldown rate of 8 / 7 turns.

Not great, not terrible

She's a balanced type so her stats don't lean strongly in either direction. She's a halfway decent tank and halfway decent attack unit so you'll have to stack her memorias heavily in either direction to get real use out of her. This makes her versatile enough to be on any team, but her blast up ability makes her better suited to support blast-heavy teams. Her anti-evasion will also not do you much good in PvE where evasion doesn't occur very often.

Aimi is one of the few characters to have anti-evasion as her connect and magia which makes her well-suited for taking down those pesky teams with evasion memoria equipped. Her connect and magia both also increase blast damage, so she's can also help to support blast-heavy teams.

Since Aimi is a balanced type, her stats are fairly even so she's not great at any one thing. Her attack is decent, as well as her defense so you'll have to stack her memorias in one direction or the other to really get use out of Aimi.

"Food Stall Paradise" will increase both blast and accele discs, playing to both of Aimi's strengths.

"Guide to Release" will increase damage as well as inflict fog, which will cause the enemy to miss half their attacks.

"What Kind of Person Will I Become?" (not shown here) will increase accele MP, blast damage, and charged damage. Perfect for a versatile cowgirl. 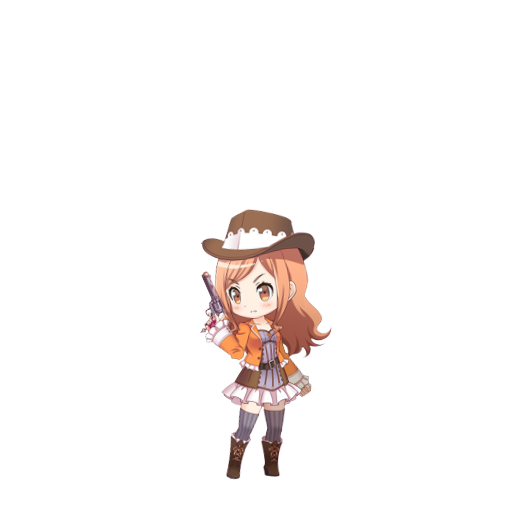 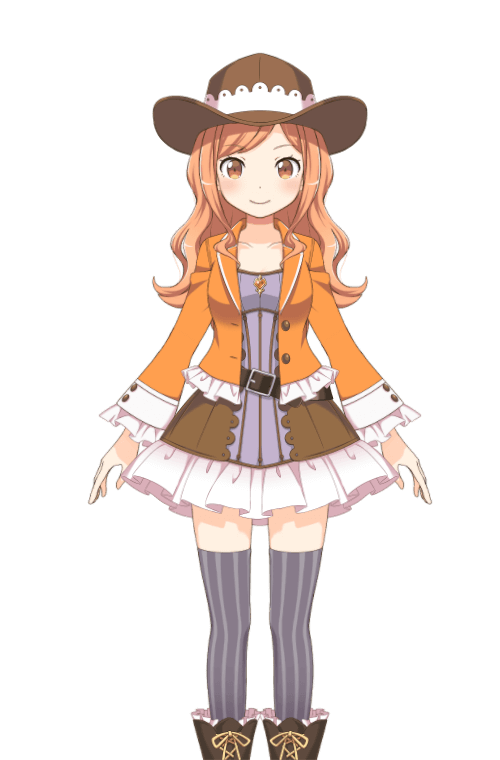 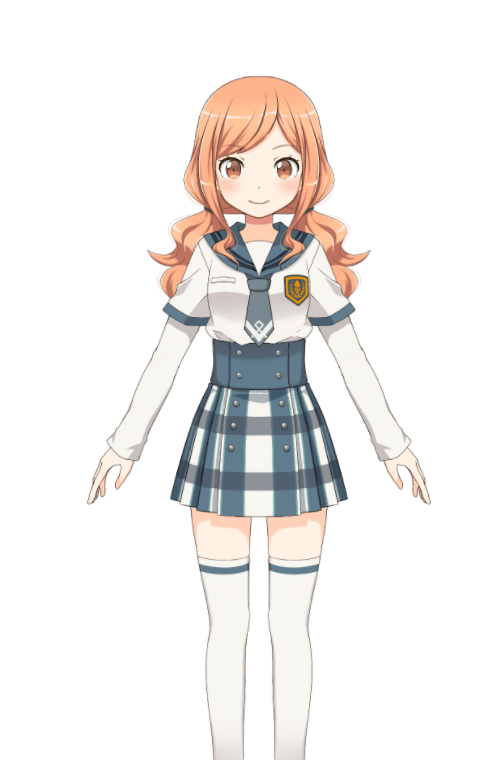 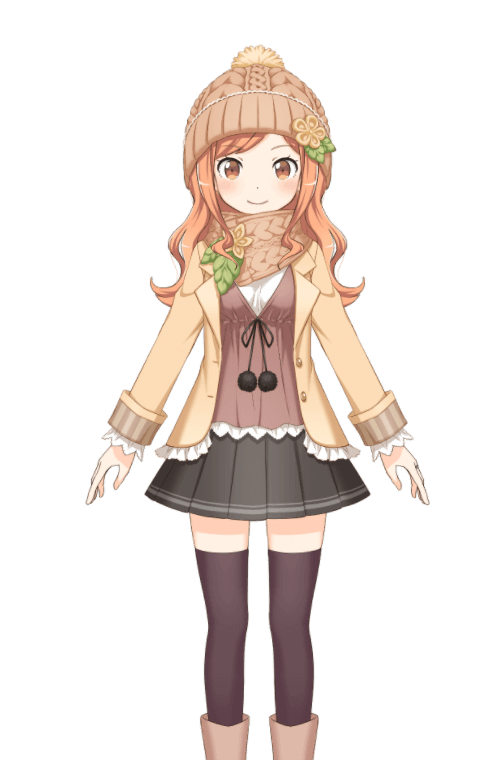 Aimi is a magical girl who is hard in love with a boy named Hayato, who goes to the same school as her. She's had a crush on him ever since middle school, but she's too nervous to ever tell him how she feels. Aimi is constantly writing in her notebook about different romantic daydreams where she confesses to him.  One day as she writing about her daydreams as usual, Kyubey appeared. Thinking she was still daydreaming, she made her wish to know how Hayato felt about her. But Aimi still didn't confess to him even after knowing that he liked her back, so she continued writing in her notebook and waiting for the perfect moment.

After fighting off a witch and meeting Natsuki Utsuho, Aimi notices she had lost her notebook. Natsuki helps her backtrack her steps and they end up at Aimi's school. There, they notice that Hayato is the one to have found it and that he had a witch's kiss on him. They fight off the witch and Aimi goes back to check on Hayato. Hayato awakens and thanks Aimi for looking after him. Aimi attempts to confess, but instead blurts out that Hayato has her notebook. Hayato says it's lucky he ran into her then, and says he didn't know who it belonged to because he didn't want to look inside. Aimi is so relieved she forgets her confession and bids Hayato goodbye. Natsuki uses her telepathy to ask Aimi what happened. Aimi confesses that the moment got away from her since she was too relieved, only for Natsuki to think she's never going to confess at this rate.

Read more about Aimi's story on the Puella Magi Wiki.