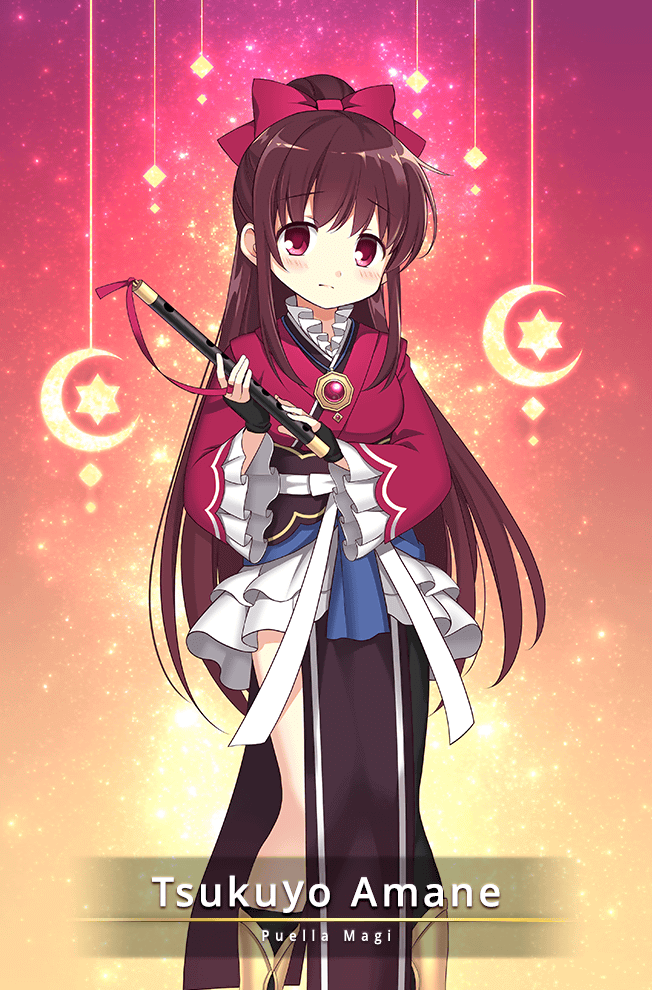 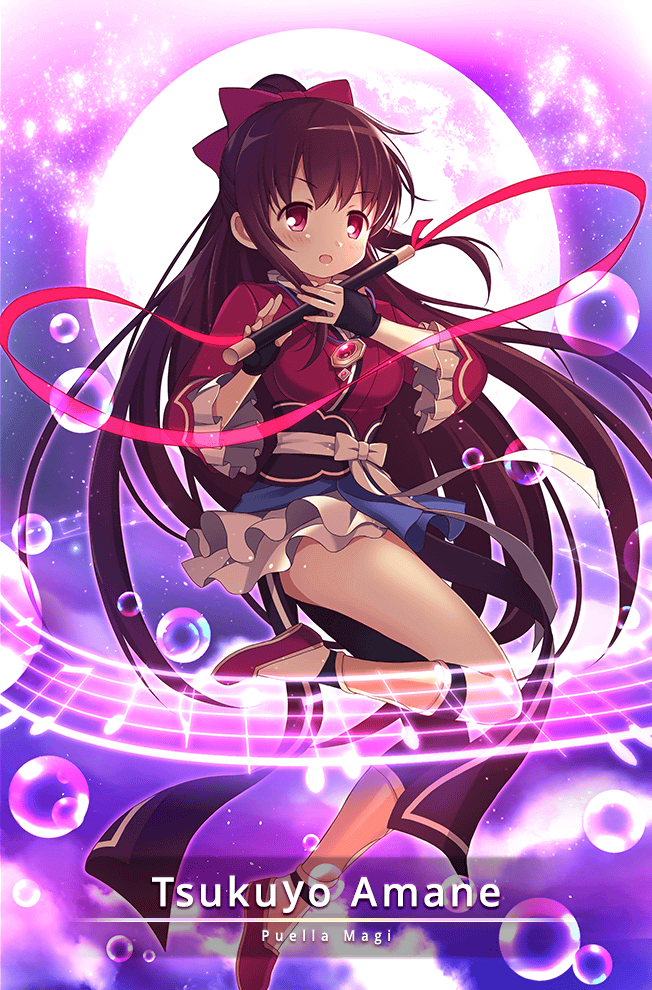 Tsukasa's twin sister, Tsukuyo hopes to liberate Magical Girls. Constant training in music, calligraphy, and dance has granted her considerable skills. Though she is admired by her peers, she doesn't have any friends she feels she can open up to. She can only be at peace when she is with her sister Tsukasa. 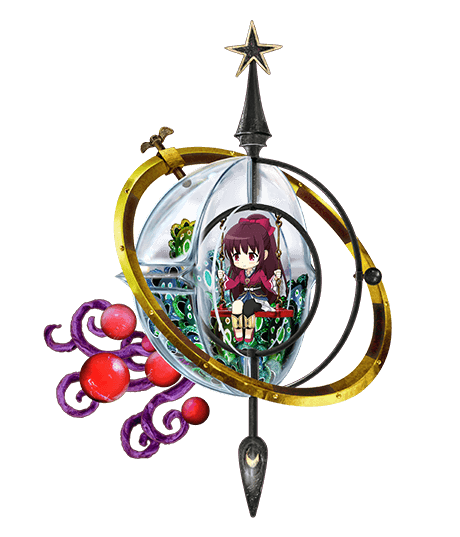 Damage ALL Enemies (Weak Element Bonus)
Doppel: Deals 821% damage to all enemies, double on weakness.
Charge UP ALL
Buffs all allies Charge Damage by 45% (5 turns).
Draft & Supervision: Idea/Supervision: Gekidan InuCurry (Doroinu)
Doppel Detail (May Contain Spoiler)
The master of this Doppel isn't swayed by mood or emotion. She does, however, rely on her other half, the only person who truly understands her. Through this, the two of them are capable of completely isolating themselves from the outside. Together in their miniature world, they need only the company of the other to survive. This Doppel shuts out all physical and magical phenomena, allowing its master to perfectly protect herself and her twin. Though doing so causes their memories of anyone but each other to fade away. 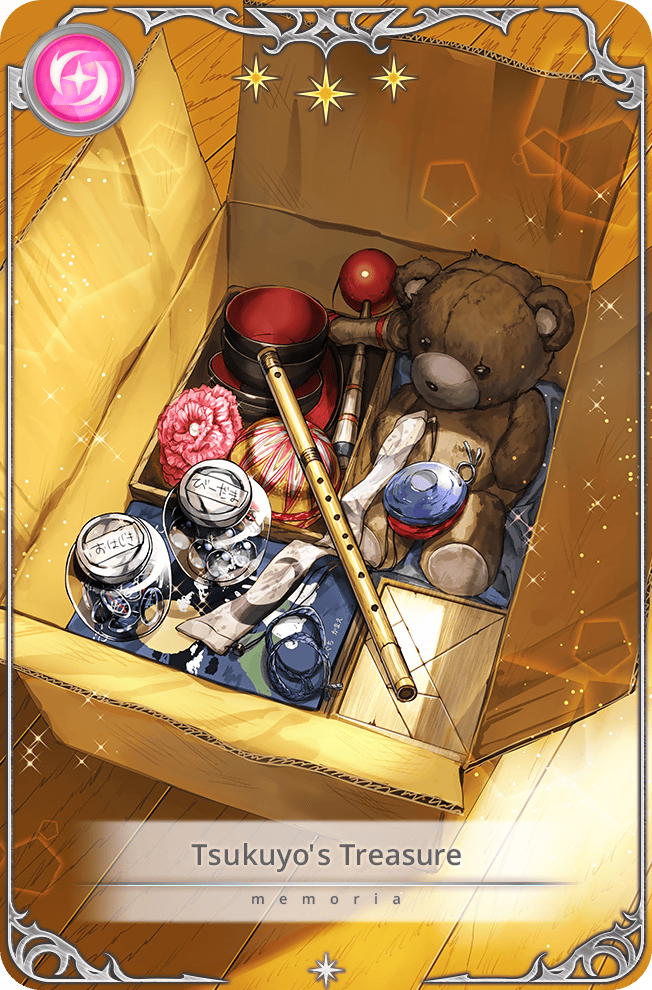 For a balance type, Tsukuyo has really good stats. Her Attack, HP, and Defense are well balanced and above average while her dark element gives her an advantage over light and the other elements (neutral). Her connect will grant the chance to critical hit at higher numbers and her magia has AoE.

While not a surprise, Tsukuyo pairs best with her twin sister Tsukasa Amane. Her connect has a special ability that will increase attack as well when she connects to Tsukasa, and Tsukasa only. Considering Tsukasa's connect also has a special ability unique to Tsukuyo, these two girls were clearly meant to work together on a team.

She's a balanced type so her stats don't lean strongly in either direction. She's a halfway decent tank and halfway decent attack unit so you'll have to stack her memorias heavily in either direction to get real use out of her. This would normally make her versatile enough to be on any team, but her triple charge discs and charge focused connect/magia means you probably won't be using her unless it's a charge heavy team.

Tsukuyo's dark element gives her a great advantage over light elements and neutral damage on other element types. Her personal memoria has a low cooldown rate, making it viable on turn 2 and allowing you a guaranteed Tsukuyo puella combo and a connect for the turn after. Tsukuyo's stats are also well spread and above average.

Unless your Tsukuyo is four-slotted, she's not good in Mirrors due to her three charge discs. She also has a charged focused magia and connect and since charged damage is nerfed in Mirrors she won't be very useful. The only other thing her connect will give you is critical, which is fairly chance based.

Passives take precedence over active memoria so her personal memoria will only end up taking valuable space unless she has the extra slots to accommodate it.

"Kyubey Knight" will increase her attack as well as increasing charged damage.

"Starlight power" is similar, in that it will increase her critical hit chance while also increasing charged damage.

"Tsukuyo's Treasure" has a very low cooldown rate and replaces your pool disc with only Tsukuyo's discs. 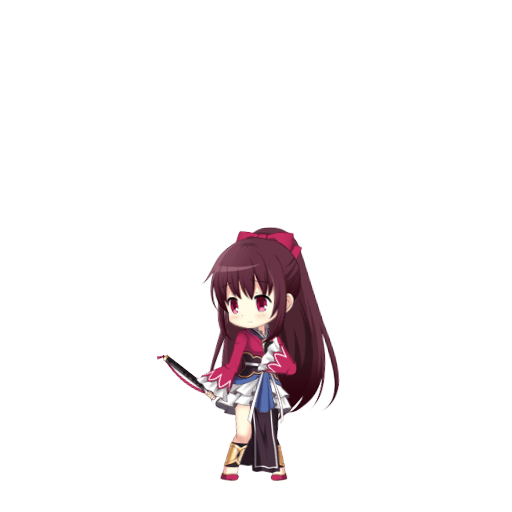 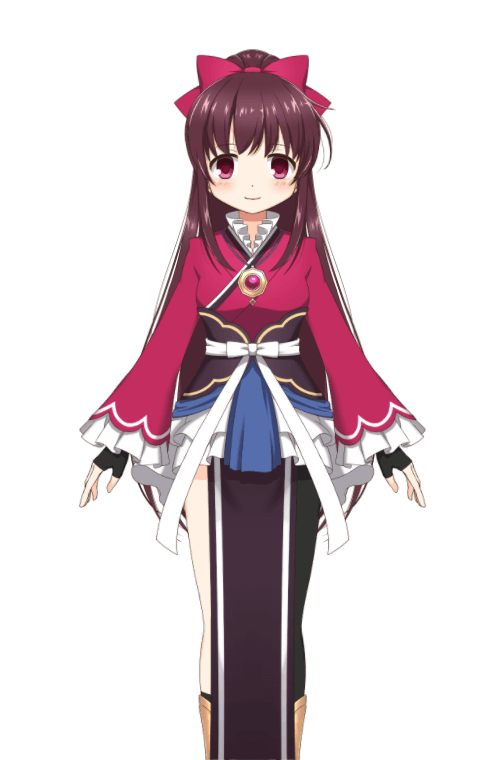 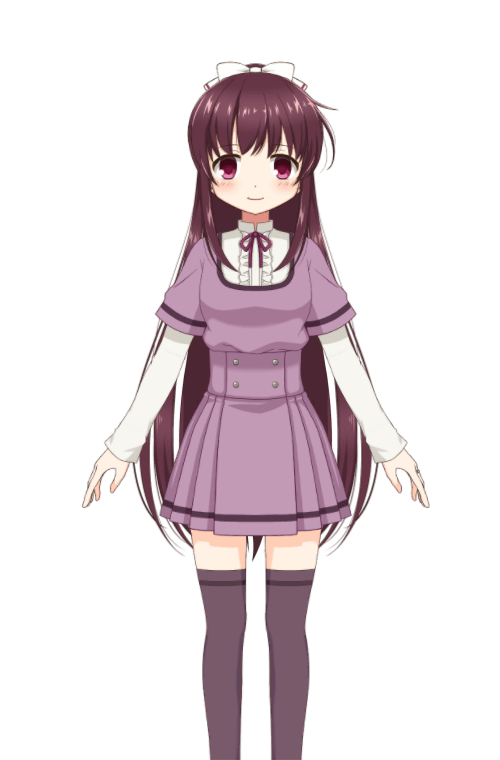 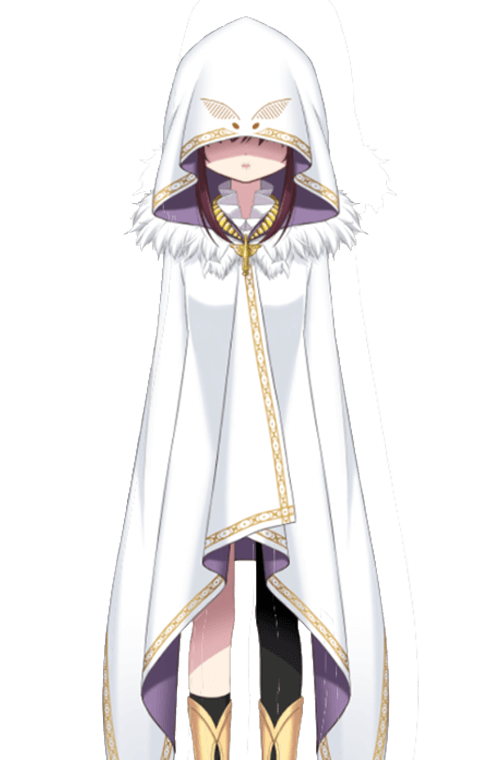 Tsukuyo is the twin sister of Tsukasa Amane. She grew up with her mother and grandmother, forced to work hard in various school club activities and other practices.

One day as she was beginning preparations for her koto club’s cultural festival stand, Mifuyu Azusa walks in and asks how Tsukuyo is doing. Tsukuyo explains she still has brushwork practice, dance lessons, and koto practice. The calligraphy club had just asked for her help and the dance association called her as well. Mifuyu wonders aloud why Tsukuyo doesn’t turn some of them down and that she shouldn’t overwork herself or she’d collapse. But her grandmother would be angry if she collapsed and, later that day, wouldn’t even allow Tsukuyo a break so she could test her on a recipe she had just learned.

When everything becomes too overwhelming for her, she goes to a shrine to play her flute. One night she saw a person who looked just like her. The sight of that girl affected Tsukuyo so much it began to affect her koto playing and her other activities. Mifuyu asks what is going on with Tsukuyo, who tells her about the apparition she saw at the shrine. MIfuyu bursts out laughing, and encourages Tsukuyo to investigate.

Tsukuyo does just that and that night she runs into the girl who looks identical to her. They both start talking at the same time, and then she introduces herself as Tsukasa Amane. As they talk, they discover they were both named at the shrine and both play the flute. After examining the flutes and thinking of their names, they come to the conclusion that they must be twin sisters.

Tsukasa’s father came from the poorer artisan ward whereas her mother came from the richer Mizuna ward. Due to their class differences, their marriage ended up falling apart and the two girls were split between their parents with the mother changing her last name. Thereafter the two girls began to hang out everyday together since neither of them had any real friends due to their after-school activities. But the more time they spent together, the more differences they noticed and the girls began to bicker. Eventually they had a large argument and decided to part ways.

After a particularly difficult day at home where she lashed out at her grandmother, telling her she’s an Amane and not an Akidzuki or her doll. She suddenly felt dizzy and passed out. She wakes up in the hospital where Mifuyu tells her the doctors believe she passed out from stress. She then makes a call and leaves the room. Tsukasa walks over to Tsukuyo’s room and apologizes. The two girls accepted each other once more, but they were worried they would fight again like their parents due to their difference. Kyubey appeared and offered them a contract. Both girls wished to never hate each other and they’ve been almost inseparable ever since.