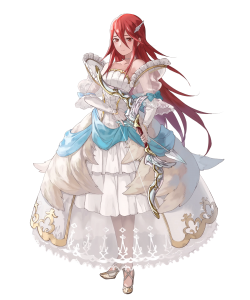 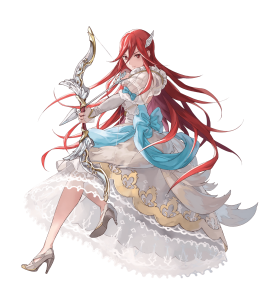 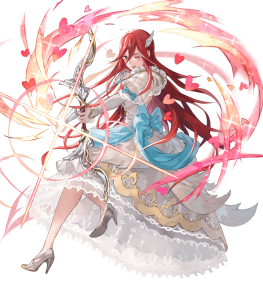 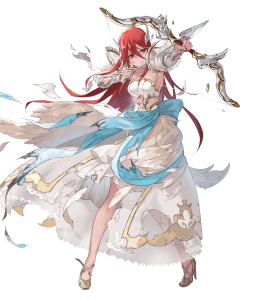 Bridal Cordelia is one of the most infamous archers in the game due to her high Attack and Speed. These are her two most important stats, with Speed taking priority on her optimal Firesweep build, and Attack being better on the Brave set. Cordelia’s defenses are already low, particularly if using Life and Death. Her HP, Defense and Resistance largely do not matter since she should not be taking damage for any reason, as she cannot counterattack with her Firesweep Bow.

This set made Bridal Cordelia infamous, combining her awesome offensive stats with the ability to avoid all counterattacks. She is expensive to build, but packs a lot of power, and performs exceptionally well in nearly all cases. Truly, her and her Firesweep Bow are a match made in heaven. Both +Atk and +Spd can be used with this set, but it works better with +Spd.

Firesweep Bow is the most important part of this build, and cannot be substituted. Life and Death increases her offensive stats, and is preferred to Swift Sparrow as she cannot be counter-attacked on her defensive stats anyway. Quickened Pulse lets her fire a special off on her first attack, but can be replaced by a stat boost skill if necessary.

A two-turn Special is required: Both have similar performances, but Moonbow helps vs. high-Defense targets, the ones she generally struggles on. Chill Spd is also important: It gives her the ability to double and KO many of the faster units in the game who can survive one hit. Swordbreaker is the next best thing as many of them are sword-users. Cancel Affinity is for slaying Raven tome + Triangle Adept users, but is more of a niche pick.

Spd Smoke gives her many of the same effects as Chill Spd, but against other enemies. Smoke skills are great on her, but Hone skills are a good budget alternative. Her Assist skill depends on team-mates, but Reposition is a great catch-all. Rally Atk/Spd comes naturally on her, and is better for Blade tome users.

Her Brave Bow set is cheaper to build and still boasts an excellent matchup spread. She is very capable of quad attacking due to her high base Speed, and has the raw power to KO nearly anything that can’t counterattack her. Like her Firesweep Bow set, she works with both +Atk and +Spd boons, but does better with +Atk.

Swift Sparrow is the A slot skill of choice, as it gives her an offensive boost while maintaining her defenses. Death Blow and Fury are good alternatives that give her more upfront power or defensive merit. Attack +3 is the best Seal choice, giving her a total of 12 damage if she quad attacks. Quickened Pulse can be used with Moonbow to focus on one-attack burst. Draconic Aura is the strongest choice, and activates on every quad attack she performs. Luna is a decent alternative for beating high-defense tanks or units running Distant Defense.

Chill Def is excellent, increasing her damage output significantly, especially if she scores a quad-attack. Swordbreaker is the next best thing as many of them are sword users. Spd Smoke does the same thing for her, helping her to sweep through enemy teams. Her Assist skill depends on team-mates, but Reposition is a great catch-all. Rally Atk/Spd comes naturally on her, and is better for Blade tome users.

Bridal Cordelia is a seasonal variant of Cordelia, a unit hailing from Fire Emblem Awakening. Cordelia does away with her pegasus in favor of a bow, and becomes one of the strongest archers in the game. Her role is all-out offensive attacker with no defensive merit, especially with her optimal Firesweep Bow set.

Just like her lance version, Bridal Cordelia has 35/35 Attack and Speed. This makes her an exceptional offensive unit capable of dealing high damage and doubling often. With her weapon of choice being the Firesweep Bow, she does not even fear counterattacks that might cripple other ranged attackers.

Despite her awesome strength, she is not cheap to build and requires rare skills like Chill Spd and Firesweep Bow to reach her peak potential. Most may not have the resources to build her to her fullest potential, but those that do can enjoy the power of an offensive unit with few real downsides.

Cordelia boasts stellar offensive stats at 35 Attack and Speed. She has long set the benchmark for physical and ranged attackers alike. High Speed is particularly important, as it enables her Firesweep Set to double-attack more foes. Cordelia works well with a boon in either of these stats, and with either her Firesweep or Brave sets.

Does not fear Distant Counter.

Being able to wield the Firesweep Bow means that Cordelia does not fear units that carry Distant Counter, a skill commonly seen in the Arena. While she cannot outright KO many of the tanks who run it, she can deal massive damage and lower their HP below important Guard, Quick Riposte, or Wary Fighter thresholds. Being able to avoid Distant Counter sets Bridal Cordelia in a tier above most mages and dagger-users.

36 HP combined with 19/22 Defense and Resistance make Cordelia extremely frail. She is not unlike other ranged attackers in that regard, but unlike them she enjoys running Life and Death. Having a Firesweep Bow shortcuts her low defenses somewhat since foes cannot retaliate against her. She can require some team support to get her off the frontline once she's attacked.

Weak to many debuffing skills.

Low defenses do mean that Cordelia can easily fall prey to all of the targeted debuffs within the game. Panic Ploy exploits her low HP. Attack and Speed Ploy exploit her low Resistance to hamper her offenses. Chill Spd is very likely to hit Cordelia due to her high Speed. Worst of all is Gunnthra, who can completely cripple Cordelia with Chilling Seal. 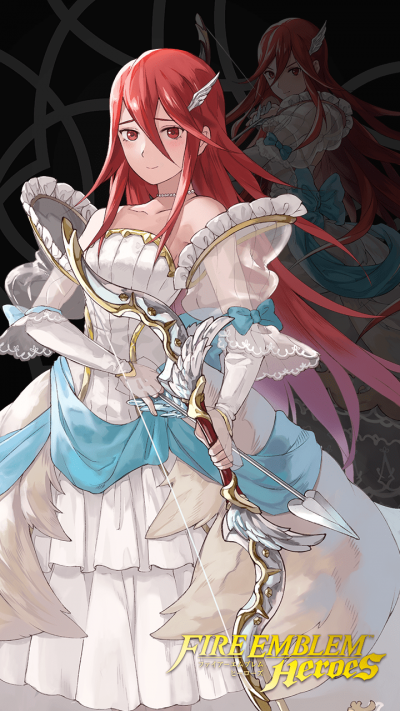