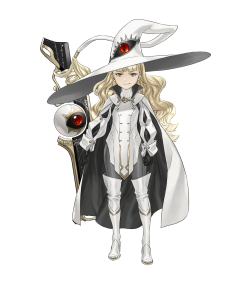 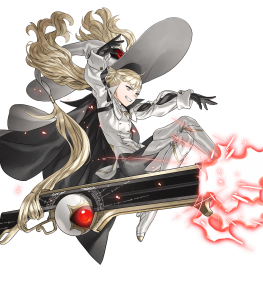 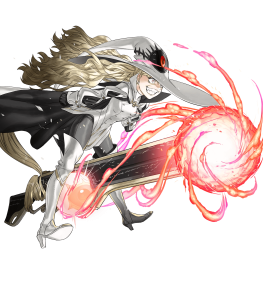 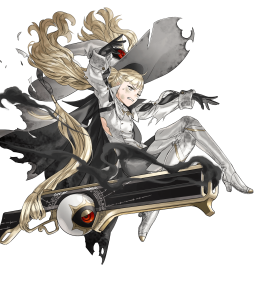 cry about it (Generalist)

Guns hurt, so Eitri’s Attack stat is naturally amazing, clocking in at 41. In combination with Grim Brokkr and Divine Recreation, Eitri can deal frighteningly high damage.

While her 37 HP is quite low, 30 Defense and 31 Resistance make up for it, landing at viable starting defensive values of 66 physical bulk and 67 magical bulk. Grim Brokkr and Divine Recreation significantly bolster her bulk as well, potentially making a gremlin the height of a kitchen counter surprisingly difficult to punt.

One of the biggest weaknesses, if not the biggest weakness, of most ranged Fliers is that they lack access to essential B Slots such as Null Follow-Up, Null C-Disrupt, the Lull Skill family, Flow Refresh, Flow Guard, and more. Luckily for Eitri, she can circumvent this issue entirely with her personal B Slot, Divine Recreation. If the enemy’s HP is ≥ 50% at the start of combat, Divine Recreation:

Both the in-combat debuffs and “counter” effect significantly boost Eitri’s damage output and bulk, with the latter functioning similarly to Nyx’s Ginnungagap. With Divine Recreation, Eitri can win many matchups that she would otherwise lose.

Having superior traversability and access to mobility-enhancing Skills such as Aerobatics, Flier Formation, Guidance, Flier Guidance, Ground Orders, and Air Orders are the poster strengths of Fliers. Exclusive access to the Rein family of Skills helps both Fliers and their allies with stronger combat performance as well.

Speed values in the mid-to-high-20s can be finicky to work with, and unfortunately, Eitri’s falls under that category at a middling 29. While having just enough Speed to outspeed and/or perform follow-up attacks against specific threats (with Speed investment) such as Light season Brave Hector is nice, Eitri generally would have preferred to either have at least a few more points of Speed or dump her Speed stat altogether, either of which would have strengthened her overall stat allocation.

While Divine Recreation is a strong B Slot, if players wish to replace it, they may be disappointed by Eitri’s aforementioned lack of alternatives as a ranged Flier. Additionally, Eitri’s Flier status naturally makes her weak to Flier-effective weaponry, which significantly hampers her survivability and Enemy Phase consistency.