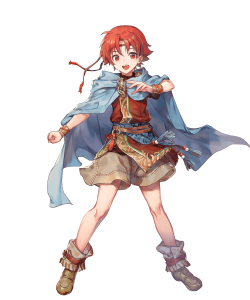 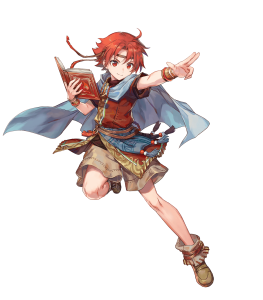 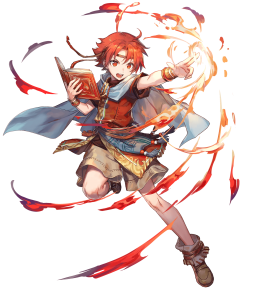 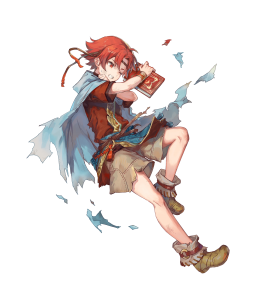 +ATK: An Attack Asset is going to be universally applicable across any build that Ewan is using, and is a Super Asset that boosts his Attack by 4. 41 Attack is one of the highest base Attack stats that a mage can possess, allowing for Ewan to pull off some spectacular damage.

+SPD: A Speed Asset has offensive and defensive benefits, allowing for more potential follow-up attacks as well as denying some opponents from landing follow-up attacks against him. His natural Speed is somewhat middling however, making it less ideal unless actively investing in Ewan’s Speed through weapons and Skills.

+RES: Another Super Asset, a Resistance Asset puts Ewan’s base Resistance at 39 giving him a chance to easily shrug off magical attacks as well as utilize Skills that involve the displayed Resistance stat such as his base kit’s Sabotage Spd.

HP: The HP Flaw is best to be avoided, as it is a Super Flaw that reduces Ewan’s base HP by 4. While this will not affect how his BST is used for arena scoring, it can result in overall lost bulk if running defensive builds. On offensive builds, it is a perfectly fine Flaw.

-DEF: For most builds that Ewan will find himself running, a Defense Flaw can be taken as Ewan’s base 23 Defense is not very impressive compared to the rest of his stats. On a Rauðrserpent build however, taking a Defense Asset is a viable option as it so happens to be a Super Asset that pushes Ewan’s base Defense to a much more respectable 27.

Ewan eagerly joins the Order of Heroes alongside his older sister Tethys, and true to his trainee status he has some powerful potential for one so young. Ewan’s stats at lower levels may not be all too impressive, but as he gradually makes his way to level 40, Ewan will eventually end up at a whopping 166 BST at neutral. This kid definitely has some talents that should not be underestimated!

Ewan sports solid stats, particularly his Attack and Resistance are noteworthy, though his Speed and HP are no slouch either. His Defense is somewhat low, but it can actually be built further upon if the user so desires it. Ewan possesses Super Assets in Attack, Defense, and Resistance which gives him the chance to build upon his two already amazing stats, or impressively strengthen his weakest area.

Ewan proves to be very versatile, though his lack of a unique weapon to himself does mean that as soon as a red mage with a much stronger statline shows up that could make Ewan less appealing. While he can pull off different builds with varying effects, more specialized red mages can have higher ceilings than him. Regardless, Ewan possesses a large potential for growth and versatility depending on what you can bestow upon him. Don’t daydream on this young magic student, his results can prove that he truly burns as bright as his fire magic.

With the possession of a Super Asset in Attack, Ewan is capable of reaching 41 Attack before any kind of weapons or Skills are taken into account. This Attack is only one less than Hubert sporting an Attack Asset, who was already known for reaching very high damage. This makes Ewan just as suitable for powerful magic strikes, perfect for builds such as Vantage paired with a Blade tome that focus on dealing as much damage as possible in a single strike.

Ewan’s statline is very well rounded across the board without making too many sacrifices. This helps him to run an assortment of different tomes with great success depending on what his summoner desires out of him. The fact that he has three different Super Assets means that his stats can easily be shifted to build upon different areas as well.

Lack of a Unique Weapon

Ewan’s stats are very solid, but he lacks any form of uniqueness over other red mages that possess weapons of their own. While this does not hamper him all that much as his performance with inheritable weapons is considerably strong, there may come a time where he will be outmatched by a red mage that has superior stats to himself.

Ewan’s base Defense is not exactly on par with the rest of his stats, sitting at a base value of 23. While it can certainly be helped through taking the Super Asset which pushes it to 27 alongside other weapons and Skills that bolster his Defense, most builds will instead favour boosting Ewan’s other stats.