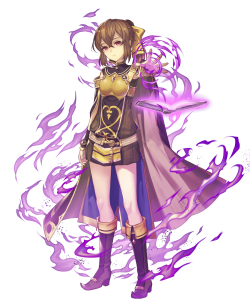 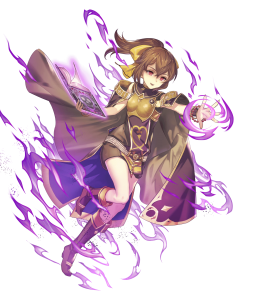 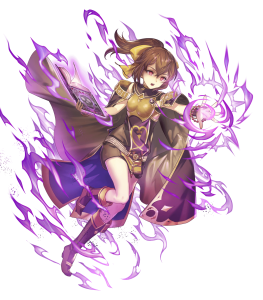 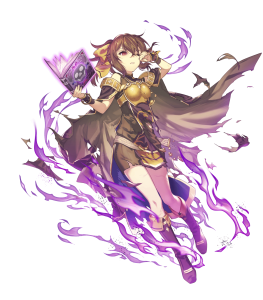 With her second iteration, Delthea comes in the form of a fallen hero freely obtainable through her Grand Hero Battle. Unsurprisingly, she retains her role as a typical offensive mage with a statline heavily favoring Attack and Speed at the cost of overall bulk. While this does make her a prime candidate for a standard Blade tome set, Delthea also makes effective use of her personal weapon. Death grants Delthea a passive +3 boost to her Resistance as well as a +4 boost to all of her stats during combat at the cost of 4 damage taken after combat, allowing for powerful stat stacking combinations.

Although Fallen Delthea doesn’t explode upon taking any damage like her regular self, she is still relatively frail. With a base value of 60, Delthea is highly reliant on Desperation or a significant boost from skills such as Sturdy Impact in order to avoid taking significant damage if not getting taken out in one hit by Distant Counter units.

Overall, Delthea makes for a strong offensive mage thanks to her solid statline and unique tome and is a fantastic choice to invest in among free units.

With 36 Attack and 33 Speed at base, Fallen Delthea is proficient both dealing significant damage to her opponent and performing follow-up attacks.

By granting +4 to all of her stats during combat, Death increases Delthea’s offensive power as well as her survivability. The 4 damage taken after combat can also synergize well with skills such as Desperation.

With her unique weapon equipped, Delthea totals in at 35 Resistance and 76 magical bulk during combat, making her a solid wall against magical attacks.

With only 60 physical bulk at base, Delthea is forced to take countermeasures in order to survive more than one round of combat.